‘He’s kowtowing to bosses’: CNN’s Jake Tapper is accused of ditching his Left-wing agenda to ‘kiss-up’ to new chief Chris Licht – as he’s promoted to the coveted 9pm slot

CNN‘s Jake Tapper has been accused of ‘kowtowing to the new bosses’ and deliberately steering his program to the right, in a bid to win over CEO Chris Licht.

Tapper, the network’s lead Washington anchor, was rewarded on Thursday by being named as the replacement for Chris Cuomo at the coveted 9pm primetime slot.

Tapper’s new job begins on October 10, and will run for a month – but insiders believe he will likely become the permanent host.

Viewers and insiders noted that the 53-year-old had become decidedly more right wing, which they said was designed to appeal to Licht – who has said he wants to make the network less left-leaning and opinionated.

‘Tapper is trying to survive,’ said a media source, speaking to The New York Post. ‘He’s kowtowing to his bosses.’

Another added: ‘He’s very ambitious,’ describing him as ‘very hard-working’ with a ‘healthy ego.’ 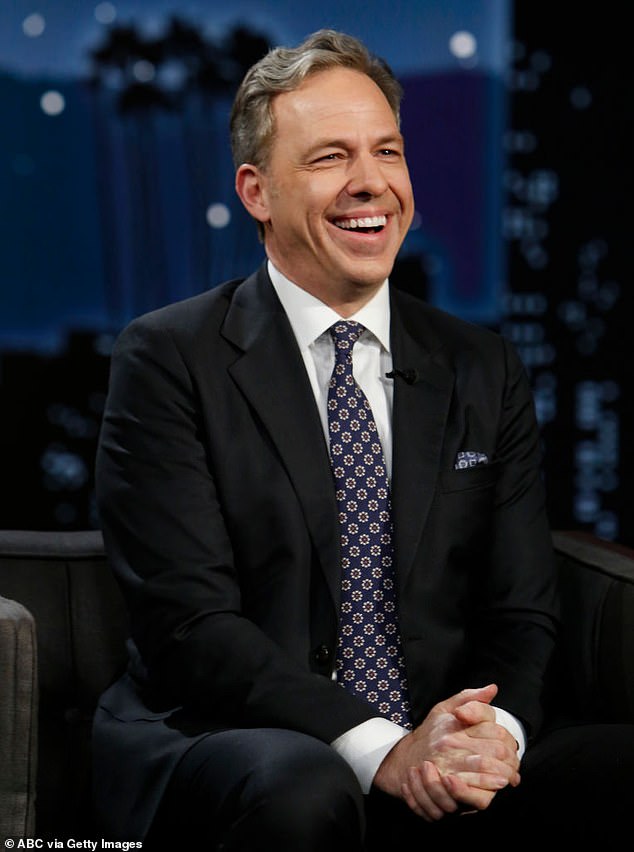 Jake Tapper, CNN’s lead Washington anchor, will take over the 9pm slot from Chris Cuomo, who was forced from the network in December 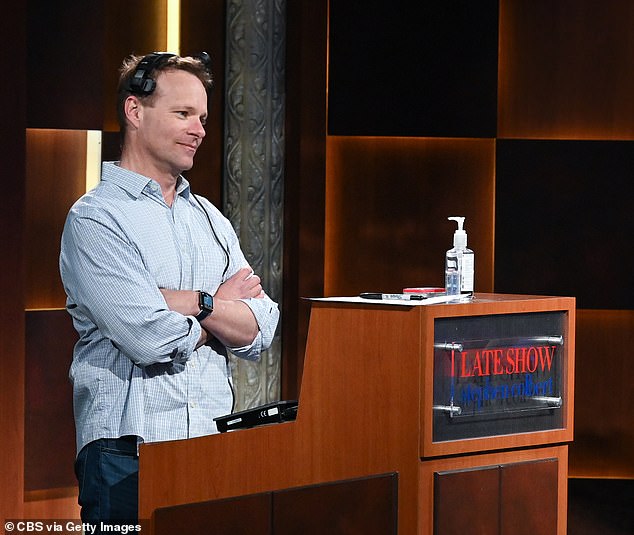 Since taking the helm, Chris Licht (pictured), who headed Stephen Colbert’s Late Show for six years, has demonstrated a desire to move away from opinionated reporting that became especially prevalent during Donald Trump ‘s election campaign and subsequent presidency

‘Now we know why Jake was sucking up to the new bosses. Quid pro quo,’ tweeted one.

‘Getting promoted for kissing up to the new right wing/Trumper overlords eh Jake?’ said another.

One woman complained about the lack of ‘real emotion’ from anchors.

‘Ever since the new owner came in the actual ‘hard hitting’ news hasn’t been there,’ she said.

‘The real emotion they use to have is going away and it’s trying to play the middle ground to get fox viewers. That’s not how you get an audience. That’s how you turn them away.’

Another said they had lost faith in Tapper after he tweeted a promotion of Jared Kushner’s new book – a move seen by many as a pitch to Licht and his team.

‘No thanks. I dropped CNN & Jake Tapper after his retweet promoting Jared Kushner’s book.’ 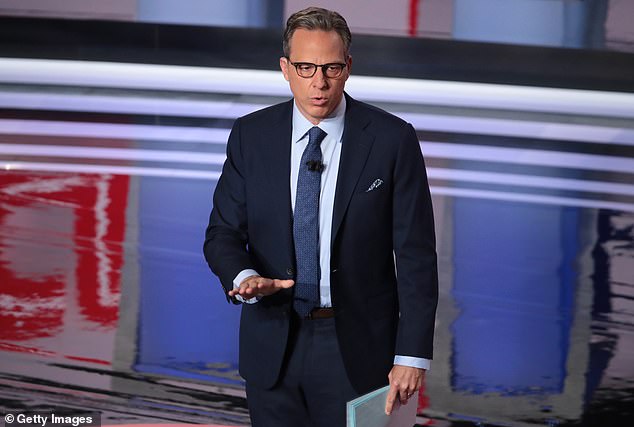 Tapper is described by insiders as ambitious and hard-working

Ratings for the hour have suffered since Cuomo’s ousting in December, with the network failing to fill the slot long associated with the host.

Cuomo, pushed out for advising his brother Andrew during his sexual harassment scandal, is set to begin a new job anchoring for NewsNation in October.

His time slot has since been manned by a series of rotating hosts, but has failed to garner the numbers it did under 52-year-old Cuomo.

‘The world has come to rely on Jake’s no-nonsense approach to covering the news, especially during high-stakes election cycles,’ said Licht in a statement announcing the shakeup.

‘This move will showcase his tough reporting, smart analysis and consequential interviews as our audiences navigate the myriad of issues at stake in the midterms.’

Licht, who replaced also ousted boss Jeff Zucker last February, added that in addition to the 9pm change, anchor Alisyn Camerota and legal analyst Laura Coates will share the 10pm through midnight time slot – a post that will be left abandoned by Lemon.

‘By adding the insights, experience and strong voices of Alisyn and Laura, we will advance and expand on that coverage, creating something complimentary and compelling in primetime,’ Licht said. 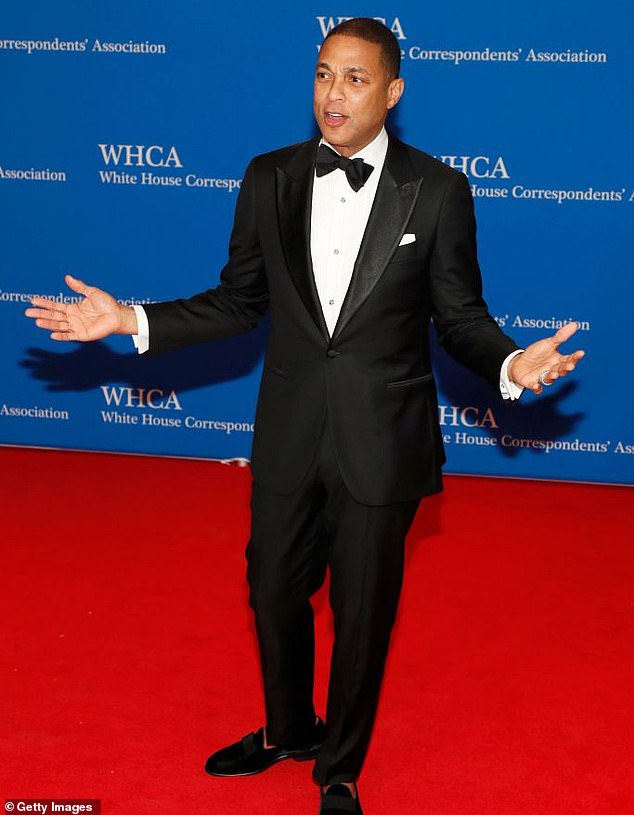 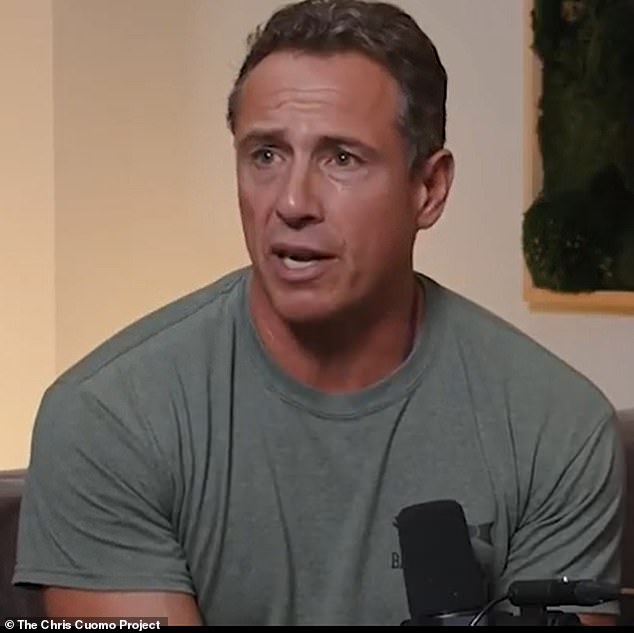 While temporary, Tapper’s new job – held by fired Chris Cuomo (pictured) until he was nixed for helping brother Andrew through a sex scandal – could become permanent if Tapper draws viewers

Since taking the helm, Licht, has demonstrated a desire to move away from opinionated reporting that became especially prevalent during Donald Trump‘s election campaign and subsequent presidency.

Insiders have since said that the longtime televisions exec – he headed Stephen Colbert’s Late Show for six years until it was announced he was replacing Zucker – wants to return to the station’s roots as a hard-hitting news source.

However, the recent shakeup with Lemon – who has made no secret of his disgust for Trump – seems to contradict this effort.

CNN announced the change last week, revealing that Lemon will officially sign off from his 10pm-midnight block on October 7.

At that point, the network will launch its new morning program, which will be headed by Lemon, as well as co-anchors Poppy Harlow and Kaitlan Collins.