Worn out shoes, empty water bottles and finding shade anywhere possible is an experience undocumented immigrants share while illegally crossing into the U.S.

A Honduran MS-13 gang member and illegal immigrant with prior deportations has been sentenced for 90 months in federal prisons for drug and gun crimes, the Department of Justice announced Friday.

Franklin Pinedo-Caceras, nicknamed “Bomba,” had entered the U.S. illegally in 2014, and was deported in 2016. In 2017, he was found in Nashville with cocaine, marijuana, scales, an assault rifle and other guns. He was then deported in 2018, the DOJ said in a statement.

Seven months later, he returned to the U.S. and kidnapped and beat up a student from a local high school when they refused to join MS-13, authorities said. The gang, also called Mara Salvatrucha, was set up in Los Angeles by Central American immigrants and has expanded across the continent – particularly in Northern Triangle countries like El Salvador and Guatemala.

It is known for its particularly horrific and gruesome crimes, and its motto is said to be “mata, viola, controla” – which means “kill, rape, control.”

In Sept. 2019 he was involved in a car accident. Authorities said he was found to have been involved in drug trafficking, finding cocaine ready for re-sale, scales, an AK-17, ammo and a revolver with an obliterated serial number, as well as multiple cell phones. 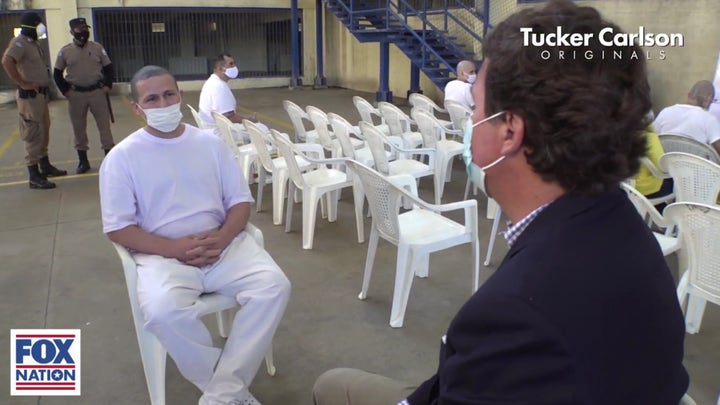 He was put on trial for possession of a firearm in furtherance of a drug-trafficking crime and was found guilty by a jury in February. The case was part of an Organized Crime Drug Enforcement Task Forces (OCDETF) investigation, and was investigated by a number of agencies including the Bureau of Alcohol, Tobacco, Firearms & Explosives, Immigration and Customs Enforcement (ICE) Homeland Security Investigations, and the Metropolitan Nashville Police Department.

There have so far been 321 apprehensions of gang members in FY 2022, already almost topping the 348 encountered last fiscal year and the 363 encountered in FY 2020.

Earlier this month, Border Patrol agents in Rio Grande Valley picked up three MS-13 gang members — one with previous charges for assault and battery and another with a conviction and time served for money laundering.