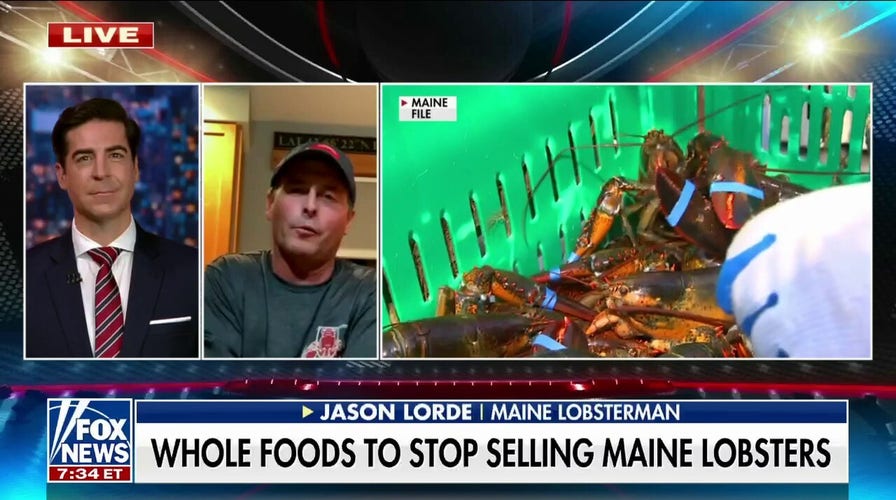 Why is Whole Foods pulling Maine lobster from its shelves?

Maine lobstermen who are fighting a federal regulation that threatens to eliminate their state’s lobstering heritage scored a policy victory in the $1.7 trillion spending bill after a White House state dinner put the controversy in the spotlight.

After a push from Maine lawmakers, Congress inserted a provision into the 2023 omnibus spending bill that will temporarily pause a federal rule aimed at protecting the endangeredNorth Atlantic right whale, but that lobstermen said threatened to put family-owned lobster fisheries out of business.

The regulatory battle had been hard fought for several months, but with little national attention. But when President Biden served 200 Maine lobsters at a White House state dinner with French President Emmanuel Macron, that put a spotlight on the controversy that opened the door for Biden’s crippling policy to be curbed, at least for now.

“As a commercial fisherman, I’m glad to see lobster on the menu at the White House,” Dustin Delano, vice president of the Maine Lobstermen’s Association (MLA) told Fox News Digital in an exclusive interview after the White House dinner.

“But as a commercial fisherman, I’m also a bit set back,” Delano said. “It almost seems like a slap in the face like… our industry is not worth saving.” 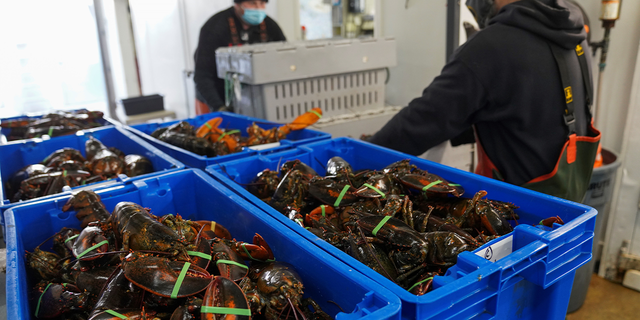 A federal regulation is threatening to close portions of the lobster fishery for months at a time and force lobstermen to deploy about 50% fewer traps.
(Wang Ying/Xinhua via Getty Images)

Just a few weeks after Biden and his VIP guests dined on the New England delicacy, a delegation of Maine lawmakers successfully added a rider into next year’s spending bill that Congress was rushing to pass this week. That language will pause the regulation for six years, giving Congress time to work up a new solution that doesn’t put the lobstermen out of business.

The whale rule comes from a regulatory plan written by the National Marine Fisheries Service (NMFS), a federal regulatory agency, that requires lobstermen to almost completely eliminate the already minimal risk of killing a right whale.

Lobstermen say the rule would impose operating limits on lobster fisheries and set new technical standards on how much lobster trap rope could be in the water, which would cut in half the number of traps that could be deployed.

The North Atlantic right whale is an endangered species, with less than 400 left in the ocean. They are vulnerable to vessel strikes or entanglement with fishing gear.

“Lobstermen are stewards of the ocean. We are the ultimate conservationists. Our fisheries one of the most sustainable fisheries on the planet, and we’ve never had a known right whale death attributed to our fishery,” Delano said.

Delano pointed out that the regulations would require using untested and underdeveloped technology that he says would make the job more dangerous.

“There’s so many things that it’s making our jobs extremely dangerous. Basically it would make our fishery into a recreational fishery, it would be a hobby fishery, and none of us can afford to do that,” Delano said. 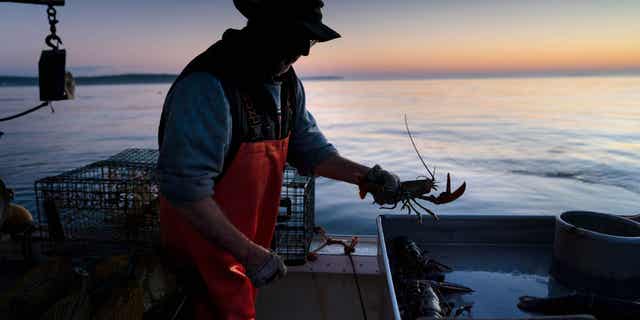 “And when you look at Maine or when you think of Maine, most people think of lobster,” he added. “It’s a great place to vacation. It’s a great place to be a tourist, but when you’re here, you are fascinated by the fishery. You want to go get a lobster roll, you want to have lobster. I mean, that’s what Maine is known for. And that would completely erase what we’ve been doing for generations.”

Delano says while lobstermen are still in “an uphill battle,” the six-year pause on the regulation is a positive sign.

“I still think that, you know, Maine lobstermen aren’t necessarily heard as they should be, but this is encouraging,” Delano said.

The lobstermen are also battling environmentalist groups like Seafood Watch, which recently succeeded in getting the Marine Stewardship Council to rescind its “seal of approval” for Maine lobster. Major buyers like Whole Foods and Royal Caribbean committed to sourcing their seafood products from MSC-approved suppliers, and last month, Whole Food announced they would up pull Maine lobsters from their shelves. 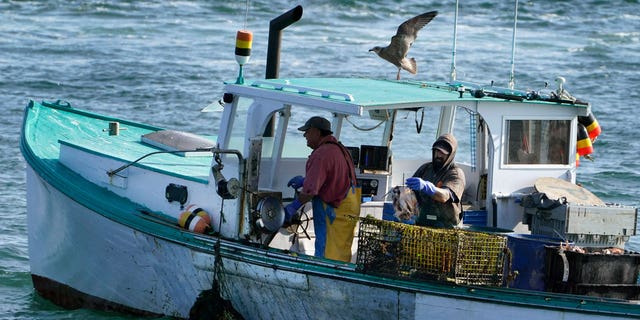 "The rhetoric from national advocacy organizations claiming that this important legislation will lead to the ‘extinction’ of the right whale is contrary to undisputed science, false, and meant to serve only their fringe interests." MLA said.
(AP Photo/Robert F. Bukaty)

The MLA says the pause will give Congress “time to allow the lobster fishery to continue to operate while a new, lawful plan – based on realistic assumptions and the best scientific and commercial information – is developed without decimating this critical industry and the coastal and island communities that depend upon it.”

“The rhetoric from national advocacy organizations claiming that this important legislation will lead to the ‘extinction’ of the right whale is contrary to undisputed science, false, and meant to serve only their fringe interests,” MLA said in a statement.

The group is also fighting the administration in court, and hired high-powered litigator Paul Clement in October to represent them in the case.

“You have administrative overreach. The implications are easy to understand,” Clement said. “It directly threatens really one of the most iconic American industries. Everyone who has ever enjoyed a lobster can appreciate this.”