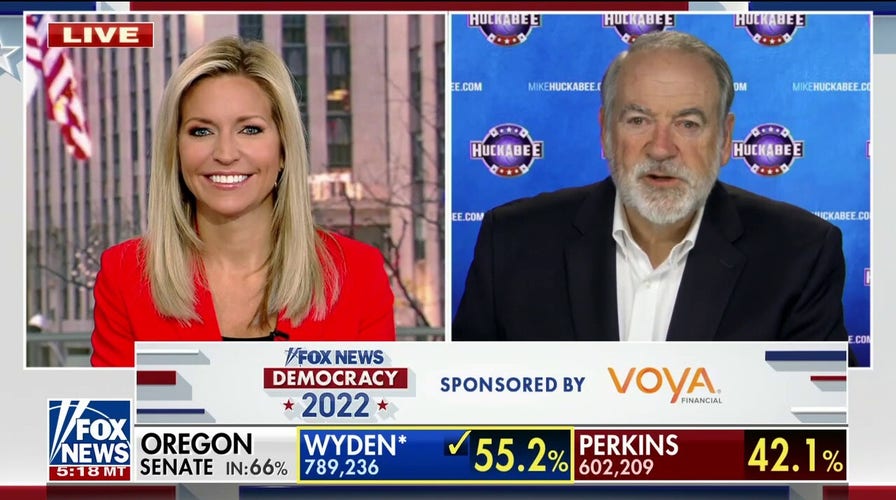 Sarah Huckabee Sanders was elected the first female-elected governor in Arkansas on Tuesday night in the midterms — making history.

The office was once held by her father, former Arkansas Governor Mike Huckabee.

The former governor joined “Fox & Friends” on Wednesday morning to discuss his daughter’s historic win — and what it means to him to share this connection with her.

“It is historic —first-time ever for a father-daughter in the same state,” he said. 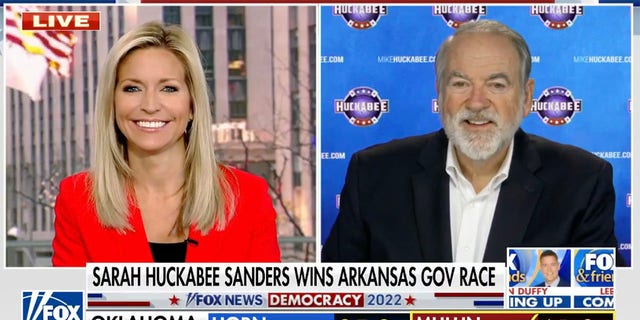 Sarah Huckabee Sanders will move into the governor’s mansion in Little Rock, Arkansas, a place she lived as a young teen when her father was governor.

Former Gov. Huckabee said it will be strange to visit her there, but said that her children won’t have unique hide-and-seek spots — as Sarah Huckabee already knows the best ones. 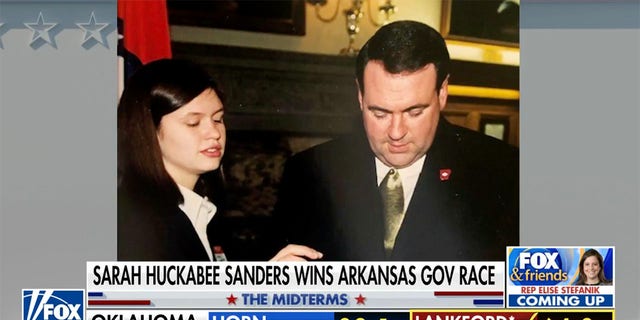 Sarah Huckabee (at left, above) and her father Mike Huckabee are the first father-daughter duo to be elected governors of Arkansas.
(Fox News)

“It’ll be fun for me to watch that as the grandfather,” he said.

When asked his advice for the newly elected governor, Mike Huckabee said she should be true to the state of Arkansas.

“Love the people — serve them regardless of whether they voted for her,” he said. 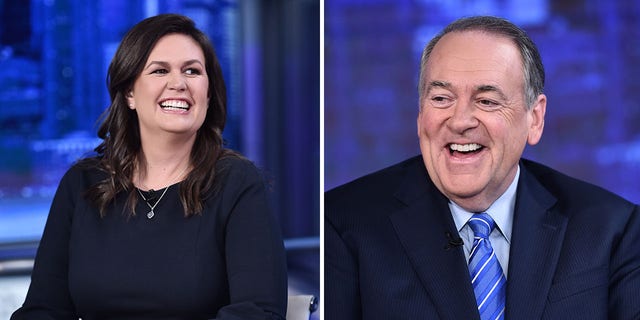 The Huckabee family is celebrating as Sarah Huckabee Sanders was elected the first female governor of Arkansas during the 2022 midterms.
(Getty Images/Steven Ferdman)

“In fact, spend more time trying to serve the people who didn’t vote for her — and prove that she’s the governor for everybody.”

He advised the governor-elect to make decisions for the greater good of Arkansas, not as political moves.

Former Gov. Huckabee pointed out that the lieutenant governor of the state is also a female — making this the first time both leadership roles are held by females.

SARAH SANDERS CALLS OUT BIDEN ON ‘FOX & FRIENDS’: ‘HE HAS FAILED AMERICA’S CHILDREN’

Speaking of his daughter again, he said, “She will bring the heart of a mom and that’s something that will be different and new,” he said.

Sanders regularly promised to use the office to fight President Joe Biden and the “radical left.”