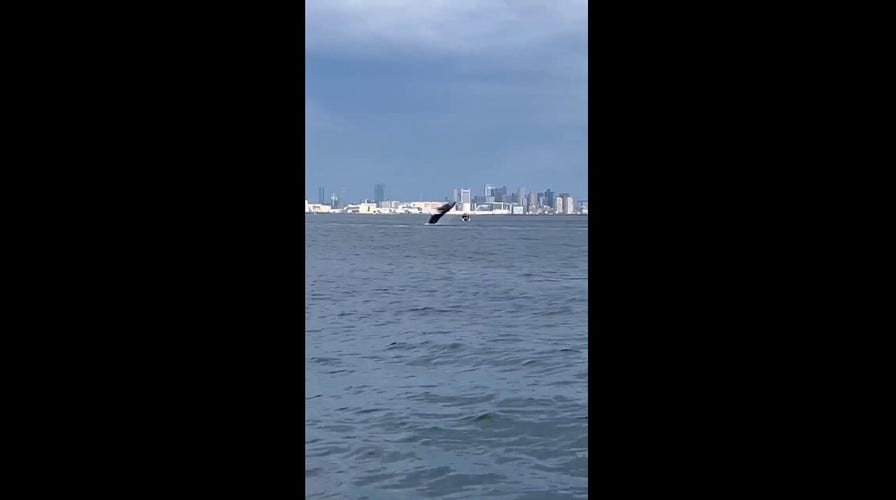 A humpback whale was caught on video breaching in Boston Harbor on Monday morning.

“I’ve lived in Winthrop my whole life and [have been] boating and fishing out in that area many times,” Joe Fabiano, of Massachusetts, told Fox News. “Not once have I [seen] a whale, so it was pretty amazing to me.”

The video was recorded at 5 a.m. local time by Fabiano and Paula Brogna when the whales were close to Deer Island.

The Boston skyline is visible in the background. 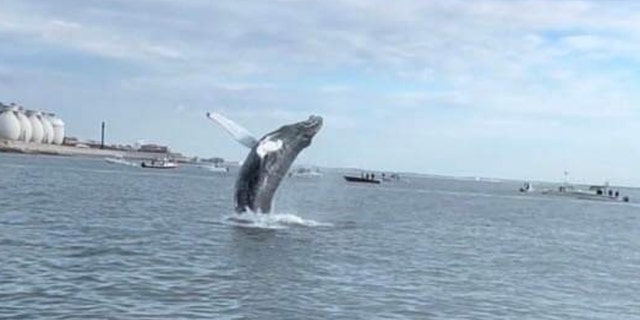 According to NBC 10, the whale was within 100 feet of the couple’s boat.

Fabiano jokingly told the outlet that Brogna wanted to get as far away from the giant marine mammal as possible.

This marks just one of multiple encounters with whales off the Massachusetts coast in recent weeks. The Massachusetts Division of Marine Fisheries says that juvenile humpbacks have been feeding off local bait fish. 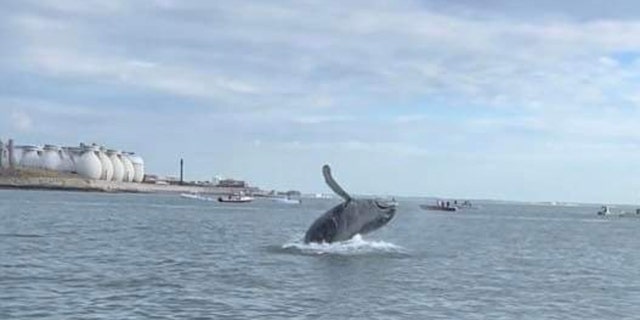 On the morning of July 24, a whale breached and landed on the bow of a small boat. There was no one injured in the incident. 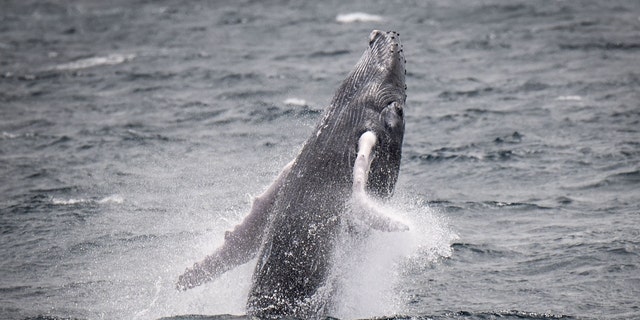 A humpback whale jumps off the coast of Les Saintes, a part of the French West Indies island of Guadeloupe, on May 13, 2022.  ((Photo by Loic Venance/AFP via Getty Images))

The National Marine Fisheries Service recommends that mariners stay at least 100 feet from whales, “given the unpredictable behavior of whales and the potential safety hazards involved.”

According to the National Oceanic and Atmospheric Administration (NOAA), humpback whales often jump out of the water and slap the surface with their pectoral fins or tails.

They live throughout the world’s major oceans and feed on small crustaceans like krill and small fish.