This is the moment a fearless raccoon tried to grab an officer’s bag of chocolate brownies.

Shane Brashear, filmed the raccoon standing on its hind legs and begging for the sweet snack in North Bay, California.

Law enforcement officer Shane asks: ‘What do you want? Want to eat brownies?’ 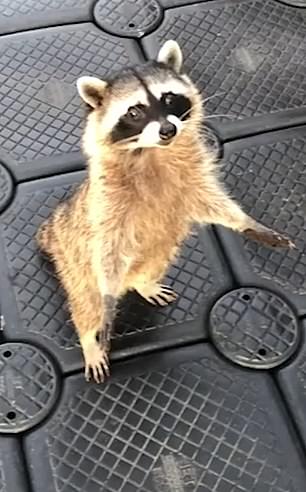 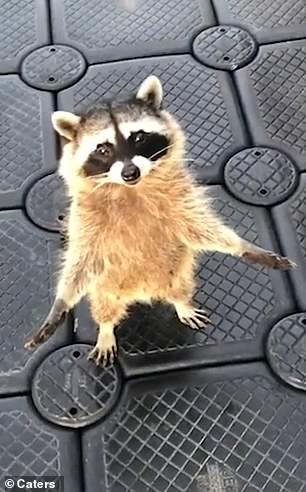 A hungry raccoon was filmed trying to snatch a bag of brownies in North Bay, California

Shane teases the animal by waving the brownie overhead and repeatedly asking whether it wants the sweet treat.

The raccoon walks  closer and reaches its paws up in a shameless attempt to grab the brownies. 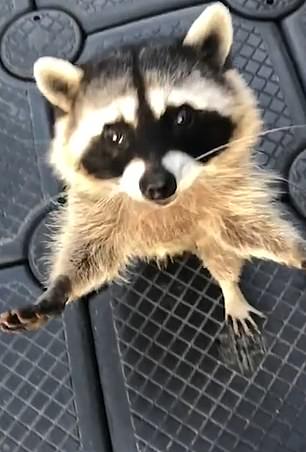 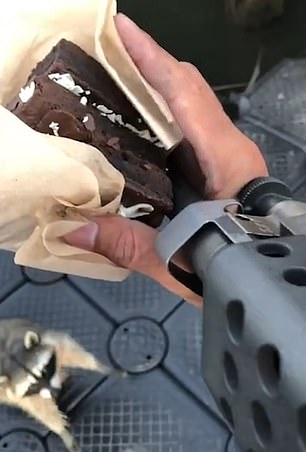 It jumps up and scrambles at Shane’s legs, sending him into fits of laughter.

The mammal then moves backwards while licking its lips.

Seconds later, the furry raccoon scurries away empty-handed in the newly shared clip which was filmed October 2019. 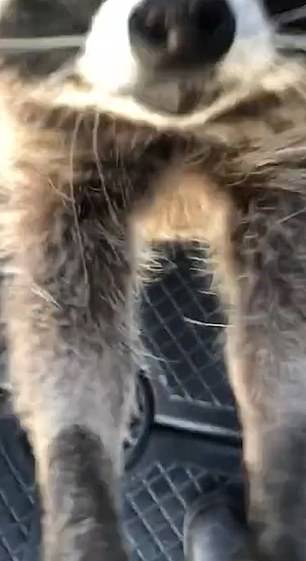 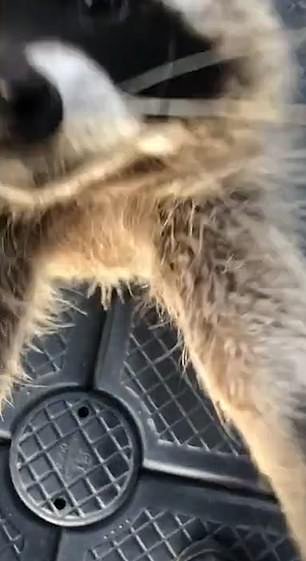 The raccoon stretches up and tries to take the snack from Shane, a law enforcement officer

Shane lets out a sigh and tells passing colleagues: ‘He’s trying to get my brownies!’

He said: ‘We never try to harm [the raccoons] and always give them something if we have it, so they are used to humans and will sit wait and ‘ask’ for food like in the videos I posted.’

It comes just weeks after a raccoon was caught breaking into a house through a cat flap to steal dog treats in Nashville, Tennessee.