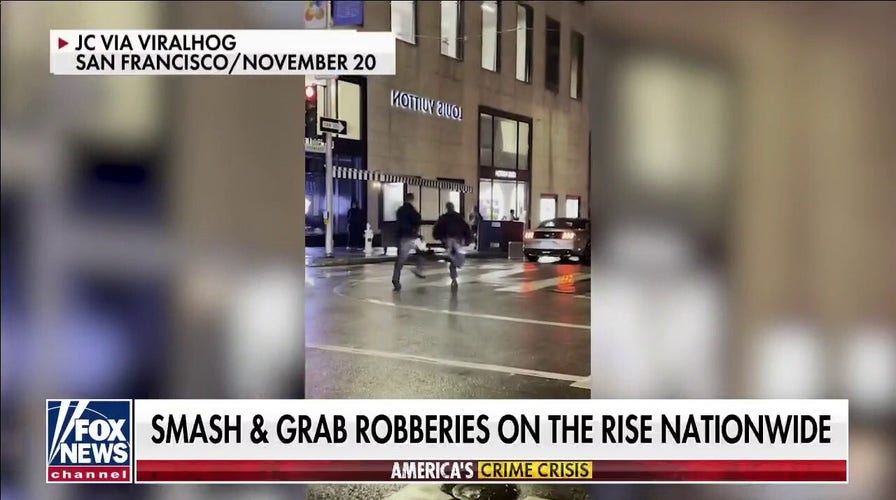 Smash-and-grabs on the rise nationwide as retailers increase security

Hundreds of thousands of dollars in merchandise was stolen from stores across the country this weekend alone.

Immigration and Customs Enforcement (ICE) on Wednesday announced a new initiative to crack down on organized retail crime amid a surge in violent “smash-and-grab” attacks in stores across the country.

SMASH AND GRAB THIEVES TARGET EYEGLASS STORE OUTSIDE DC, MAKE OFF WITH MORE THAN $20K 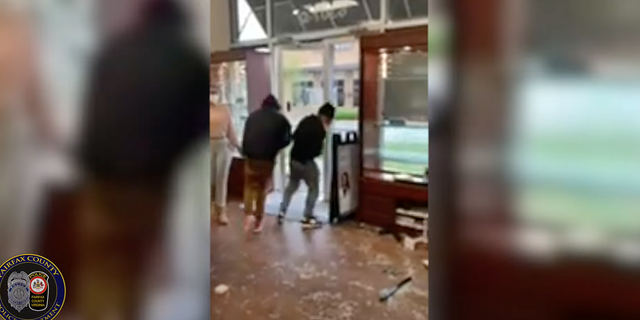 The initiative involves a partnership between ICE HSI and the Association of Certified Anti-Money Laundering Specialists (ACAMS) to issue a report to highlight red flags that retailers, law enforcement, the public and financial institutions can look for.

The announcement comes as a number of incidents have been caught on camera showing thieves raiding stores, clearing out store shelves and fleeing with massive quantities of merchandise — often shoving past helpless employees in the process.

In the last month, bandits stole more than $20,000 in merchandise at a Virginia eyeglass store outside of Washington D.C. Meanwhile, in California, jewelry store workers fought off several smash-and-grabbers who attempted to make off with valuable gems.

In 2019, nearly $70 billion of merchandise was taken from retailers in such operations, and that doesn’t include the harm inflicted on staff and customers, officials said Wednesday. Since then, the problem has gotten worse.

“This is not a small issue, this is a large-scale problem,” Welch said.

Lauren Kohr, a senior director at ACAMS, said that organized retail crime “is on the rise because it is a low-risk and high-reward line of business in a criminal portfolio” and is now a “desirable playground for transnational criminal theft groups.”

Ben Dugan from the National Coalition of Law Enforcement and Retailers, said that violent events at retailers connected to organized retail crime have doubled in the last two years. He said there is now an organized retail crime reported every three minutes, the average retail thief steals $2,000 of product a minute and visits up to a dozen stores a day.

“So in the last two years, retailers have experienced essentially a 300% increase in not just thefts, but violence,” he said. 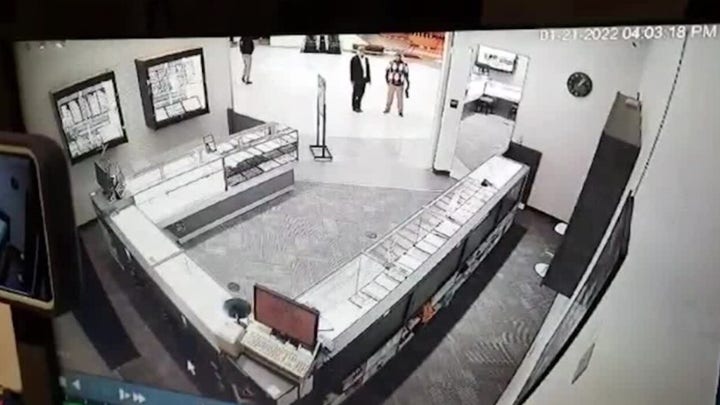 In part, the increase has been attributed to the increase use of e-commerce accompanied by the COVID-19 pandemic by customers, which organizations can more easily shift their goods anonymously.

Officials who spoke at a press conference Wednesday said that the launch marked just a first step in a broader effort, and a sign that the federal government was recognizing this as a serious problem and that it wants to help retailers, state and local law enforcement and financial institutions stamp it out.

Officials outlined how the attacks, which can look similar to regular shoplifting, can actually mask a high level of coordination and organization. Organized theft groups will use “boosters” who steal the goods, then move them to “cleaners” who disguise the origins of the goods, including store tags. “Fencers” will then re-sell them through e-commerce as well as brick and mortar stores.

While many of the clips circulated online of these events tend to involve liberal cities with looser criminal policies, officials emphasized that it is a “50 state problem.” They also stressed that buying certain consumable items, such as pharmaceuticals and baby formula, that has been stolen and resold can be dangerous — as criminals will not handle delicate items with the same care as retails, and will remove and replace expiration dates.

The groups involved in the crimes are often tied to other crimes in ICE HSI’s remit, including drug trafficking, migrant smuggling, terror financing and weapons trafficking. ICE said that some schemes have involved forcing illegal immigrants to steal goods to pay their smugglers back for smuggling across the southern border.

Members of the public can report any suspected organized retail crime by calling a tip line at 866-347-2423.