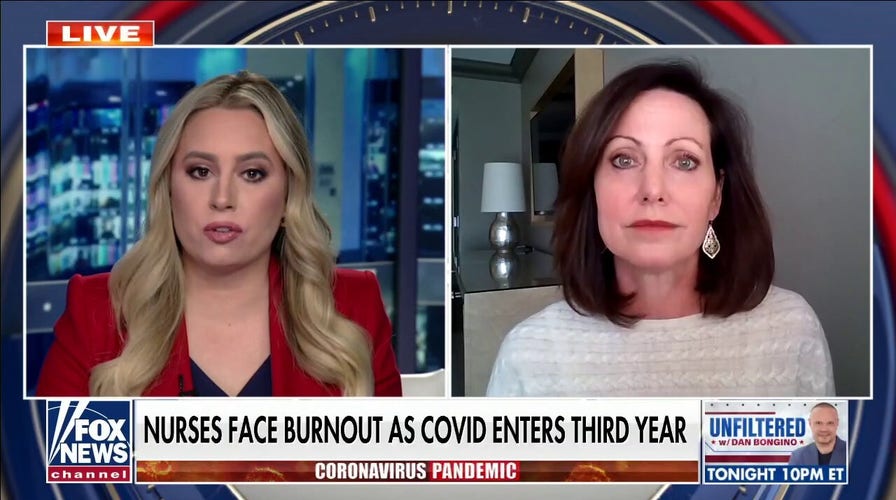 Dr. April Kapu on nurses and other health care workers facing severe exhaustion and burnout and the shortage of employees in health care facilities.

Rep. Ilhan Omar, D-Minn., on Monday joined thousands of nurses in Minnesota who launched a three-day strike to protest low pay and under staffing.

“I’ll be out standing in solidarity with our nurses at Abbot, Children’s, and Fairview today!” Omar tweeted earlier Monday. “Come join us and show your support for (Minnesota Nurses Association)!”

Nearly 15,000 nurses at seven health care systems in the Minneapolis and Duluth areas walked out – making it one of the largest strikes ever by private-sector nurses.

Scores of nurses began walking the picket line at 7 a.m. outside Children’s Hospital in Minneapolis, one of 15 hospitals affected. The affected hospitals said they have recruited temporary nurses and expected to maintain most services.

Union spokesman Sam Fettig said the nurses chose a three-day strike, rather than an open-ended walkout, out of concern for patients.

The hospitals have offered a 10-12% wage increase over three years, but nurses are seeking more than 30%. Hospital leaders called their wage demands unaffordable, noting that Allina and Fairview hospitals have posted operating losses and that the cost of such sharp wage increases would be passed along to patients.

“The union rejected all requests for mediation and held fast to wage demands that were unrealistic, unreasonable and unaffordable,” several of the Twin Cities hospitals under strike said in a joint statement. 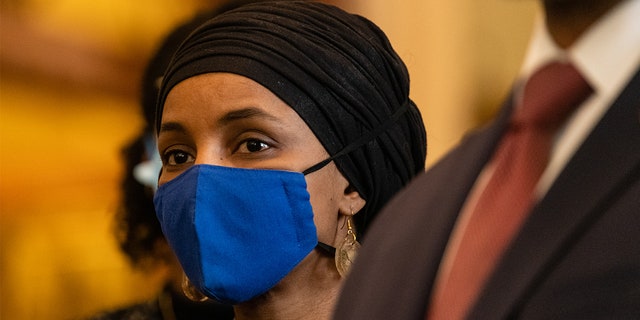 Representative Ilhan Omar, a Democrat from Minnesota, beside members of the Congressional Black Caucus at the Senate side of the U.S. Capitol in Washington, D.C., U.S., on Wednesday, Jan. 19, 2022.  (Eric Lee/Bloomberg via Getty Images)

The statement said people with emergency issues should continue to call 911 or go to emergency rooms. It said despite staffing hospitals with “experienced nurse managers, trained replacement nurses and some existing traveler nurses” that people may see some delay in being treated.

“Standing in solidarity with @mnnurses this morning as they begin their three-day strike,” he tweeted Monday. “Our nurses deserve safety, respect, and fair pay.”

Sen. Bernie Sanders, I-Vt., also threw out his support, tweeting that he stands “in solidarity with the 15,000 @mnnurses on strike this week fighting for safer care, fair scheduling, and higher wages.”

“Nurses are the backbone of our health care system,” Sanders tweeted. “They understand what’s best for our patients.

The hospitals affected by the strike are operated by Allina Health, M Health Fairview, Children’s Hospital, North Memorial and HealthPartners. In Duluth, it is Essentia and St Luke’s.

The Minnesota nurses’ strike comes amid an upsurge in union activity nationwide. A national railroad strike could begin as early as Friday unless Congress steps in to block it. The two largest railroad unions have been demanding that the major freight carriers go beyond a proposed deal recommended by arbitrators appointed by President Joe Biden.

Some high-profile companies, including Starbucks, are among those trying to stifle ongoing unionization efforts. Since late last year, more than 230 U.S. Starbucks stores have voted to unionize, which Starbucks opposes.