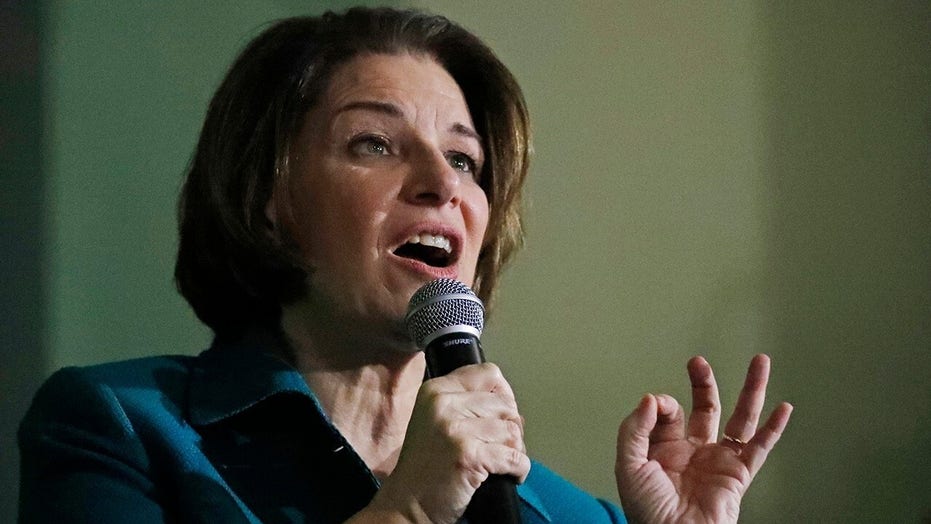 Sen. Amy Klobuchar, D-Minn., the 2020 presidential candidate, once called for a fence at the southern border and for the U.S. to stop giving “amnesty” to companies that hire illegal immigrants – as part of a plan to restore “order at the border.”

The recently unearthed clip from a 2006 Minnesota Senate debate shows Klobuchar using language that would now seem out of style with many in the modern Democratic Party – who place a strong emphasis on reducing enforcement and downplaying the distinction between legal and illegal immigration.

Klobuchar was asked if she agreed with the decision by the Bush administration to build 700 miles of fencing at the border.

“We need to get order at the border,” she added.

“We also have to stop giving amnesty to companies that are hiring illegal immigrants. Under this administration the number of prosecutions of companies has gone way down – that has to change,” she said

She then goes on to call for a pathway to citizenship for illegal immigrants already in the country. However, that pathway includes a demand that illegal immigrants learn English – something that many Democratic lawmakers today would balk at.

THE LATEST FROM FOX NEWS ON THE 2020 PRESIDENTIAL CAMPAIGN

While a pathway to citizenship is in line with most Democratic candidates' priorities, those same candidates have opposed border barriers since President Trump’s call to build a wall – with some even going so far as to promise to take down existing barriers.

Klobuchar's 2020 campaign has said she would stop the diversion of funds from the Pentagon to border wall efforts, but more broadly Klobuchar has a more moderate stance on border security compared with some of her left-wing primary rivals. In July, she told ABC’s "This Week" that she didn’t agree with candidates such as Sen. Elizabeth Warren, D-Mass., who called for the decriminalization of illegal border crossings.

"I support different enforcement priorities and of course I'll look at the statute to see if you can make changes depending on the level of a security risk, but, no, I don't support open borders and simply getting rid of this statute," Klobuchar said.

“The 2013 bill brought the deficit down according to every estimate by over $150 billion in 10 years because people would start paying their taxes, then you take some of that money and you can use it for better order at the border for targeted reasons,” she said.

On the same program in November 2018, she came out in favor of negotiating with Trump for wall funding as part of a broader immigration reform deal and to avoid a government shutdown

“We have the will to put money at the border for better security and combine it with sensible reforms … but he has chosen instead to weaponize this and to politicize it,” she said.