A 24-year-old police officer was shot and killed during a traffic stop in Madison County, Indiana, around 2 a.m. on Sunday, according to law enforcement.

Noah Shahnavaz, a U.S. Army veteran who had been a member of the Elwood Police Department for 11 months, was taken to an Indianapolis-area hospital where he succumbed to his injuries.

The suspect, 42-year-old Carl Roy Webb Boards II, allegedly got out of a 2012 Buick LaCrosse after being pulled over and fired at Shahnavaz multiple times, striking him at least once, according to the Indiana State Police.

Boards then allegedly fled the scene in his car before Hamilton County Sheriff’s deputies located him around 2:30 a.m.

Police deployed a tire deflation device and performed two PIT maneuvers, sending the Buick into a median. Boards was taken into custody without further incident.

He will be charged on Monday with murder, possession of a firearm by a violent felon, resisting law enforcement, as well as two enhancements for use of a firearm and being a habitual offender, according to Madison County chief deputy prosecutor Andrew Hannah.

“Noah proudly wore the Elwood Police Department uniform, serving the citizens of Elwood, he was part of our city family. A senseless act of violence robbed this man of the life and career that he had ahead of him,” Elwood Mayor Todd Jones said at a press conference on Sunday afternoon.

“On behalf of myself, my family and a most grateful city, I’m asking you to keep Noah’s family, friends, the Elwood Police Department and our city in your thoughts and prayers as we attempt to navigate through this tragic time.” 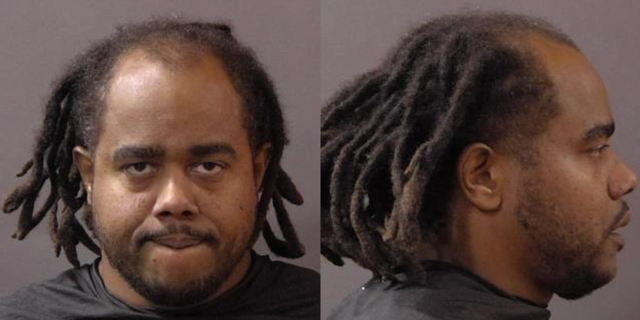 Boards is currently being held in the Hamilton County Jail.

Shahnavaz, who served in the U.S. Army for five years and graduated from the Indiana Law Enforcement Academy in April, leaves behind his mother, father and siblings.

“When’s it going to stop? I wish I had the answer. This young man served this country for five years and chose to come back and serve a local community,” Indiana State Police Superintendent Doug Carter said Sunday.