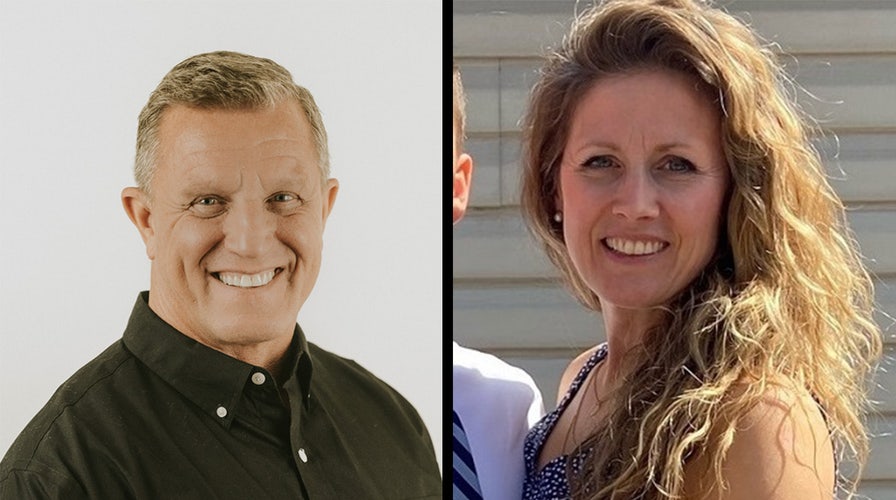 EXCLUSIVE – Indiana native Bobi Gephart ascended the stage of a Warsaw church to which she had dedicated decades of her life, including her formative years.

Donning a t-shirt and ripped pants, the North Manchester resident is the first to admit the attire was not what she would usually consider church appropriate. But she never planned on being there that day in the first place.

“I had family members texting me … saying, ‘You need to get to the church. You should be there. They need to hear your story,’” she recalled to Fox News Digital. “I was not ready for church. I just threw my sandals on and told my niece that was here to take me.”

Gephart’s husband, Nate, had planned on confronting the New Life Christian Church and World Outreach’s beloved Pastor John B. Lowe II, himself about how the longtime clergyman had sex with Bobi when she was only 16. 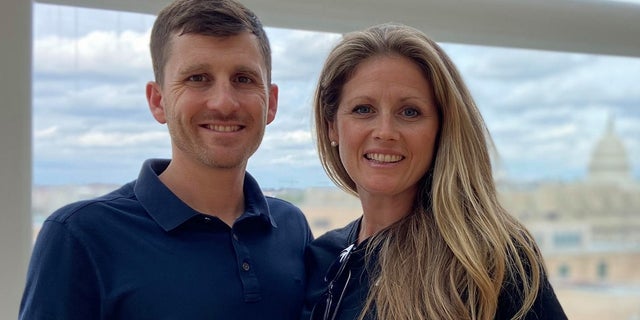 Photo shows Bobi Gephart and her husband, Nate Gephart, who accused their former pastor, John Lowe, of having sex with her when she was 16

Instead, that Sunday, May 22, was the day Bobi revealed the truth with Nate by her side.

“What I wanted was for freedom,” she said during a Zoom call. “And for my husband to know my heart, and for people not to be lied to anymore.”

“We took it upon ourselves and went right to the stage without anybody’s permission and took the mic,” she recalled.

Just moments before Gephart confronted the crowd about what had happened when she was a teenager, Lowe offered his own version of the events.

“I committed adultery. It was nearly 20 years ago, it continued far too long,” he said, according to video posted on Facebook by a congregant. “It involved one person and there’s been no other, nor any other situation of unbecoming conduct for the last 20 years. I will not use the Bible to defend, protect and deflect my past sin. I have no defense. I committed the adultery.”

He went on for several minutes as he described how he had “deeply hurt” his wife and family, to whom he had confessed.

Bobi and Nate are seen in the video standing and looking on as the pastor continues his speech. Lowe reveals he is stepping down from his role within the ministry and is greeted by applause as he moves away from the microphone, the video shows.

The Gepharts are then seen stepping on stage.

“If you love us, please let us talk,” Nate says. Bobi then begins: “For 27 years I lived in a prison. It was not 20 years. I’ve lived in a prison of lies and shame. Lying to protect the Lowe family. For years, I thought I was a horrible person, having suicidal thoughts. Not realizing what had been truly done to me: That I was a victim.”

Gephart tells the audience she “would still be in a prison” if her brother had not confronted her earlier in the month about “what he had seen as a teenager that bothered him all these years.” 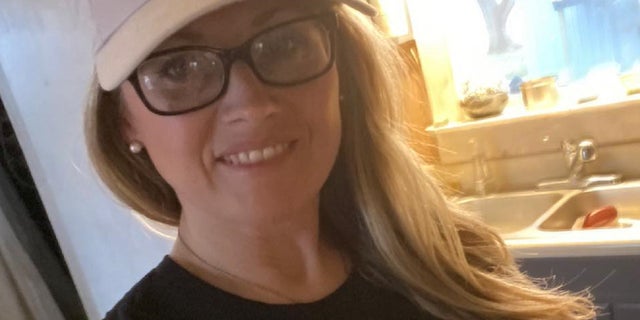 “His pastor in bed with his younger sister, a t-shirt and underwear on,” she says, according to the video.

She tells the church others knew, but did not come forward out of fear. “They have now.”

“The lies and the manipulation have to stop,” she says. “I was a prisoner, and you kept me in your prison. I’m a prisoner no longer.”

Gephart appears to fight back tears as she continues to confront her pastor.

“You can’t just live your life trying to protect others. You also have to free yourself.”

“I was just 16 when you took my virginity on your office floor. Do you remember that?” she asks. “You did things to my teenage body that have never and should have never been done. If you can’t admit the truth, you have to answer to God. You are not the victim here.”

Nate takes the microphone shortly thereafter, and tells the crowd the events between Lowe and Bobi “lasted until she met me, and we started dating.” 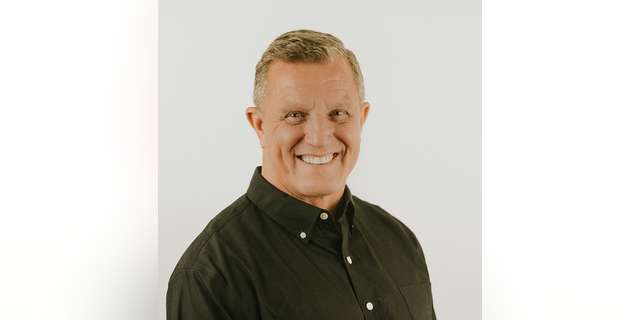 “My wife, it’s not just adultery. It’s another level when it’s a teenager, and I will not let this man talk about my wife like that,” he says. “It happened for nine years, when she was 15, 16, the sexual grooming started.”

Lowe is facing the crowd of now-questioning congregants as Nate and Bobi Gephart descend from the stage.

In response to an unintelligible question from the crowd, he responds: “It’s not all true.”

Fox News Digital made multiple attempts to reach Lowe for comment regarding Gephart’s allegations, including through the New Life office, with no success.

A statement released by New Life after the revelations describes how Lowe’s alleged transgressions “first came to light when a woman in the church came forward and disclosed the relationship to various people within the church.”

“When confronted by others in church leadership concerning that report, Pastor Lowe confessed privately that the adultery did, in fact, occur,” the statement reads. On Sunday, “[t]he woman in question and her family did attend together and addressed the congregation, indicating that improper sexual conduct first occurred when she was 16 years of age and continued into her twenties. She tearfully described living with deep shame and pain over the ensuing years.”

New Life said it was “hurting and broken for a woman who has lovingly attended and served in the church for many years, as well as for her husband and family.”

The staff knew nothing of the events that transpired until they were recently revealed, the church said. Lowe tendered his resignation with New Life on May 23.

“And then realizing and opening up and just, when you step on the outside looking in, you realize what was really happening and just the prison of lies and deceit and the cover-ups,” she said.

Gephart described how her brother confronted her on May 9 about what he had seen when they were younger. That same day, Gephart said, she grew the strength to tell her husband.

“I asked my brother to help me tell Nate,” she said. “What I just wanted in my life was freedom, for him to know me and to know what I went through and just to be honest. And I partly believed that it was my fault.”

She later added: “You want to tell the truth, and you begin to realize what you lived through, but at the same time, you’re trying to protect the predator and his family and the church.”

Gephart described confronting her husband with the truth she had been hiding for years.

“All I ever wanted was for him to know me, because I lied to him. He thought I was a virgin when we got married,” she said, seated alongside Nate during the interview. “And so this whole time he has no clue that even the man he’s looking up to had done these horrendous things to me.” 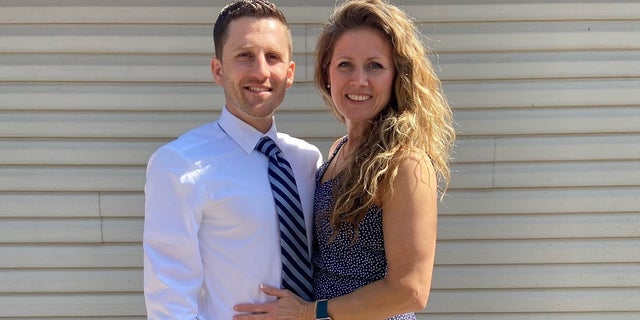 Gephart, who is now 43, said her family was “so intermingled” with the Lowes’ at a young age. Not only did Gephart’s mother work as a nanny for the Lowe family, but Bobi and her brother even lived with the family for a short time, she said.

“They were like a family to us,” she said. “And that is what was the hardest part … hard for people to realize that we were there all the time and heavily involved in our church. And this whole time, stuffing those secrets inside me.”

She described how she was kept “as a prisoner without bars in his life,” and was not freed from Lowe’s “grasp” until she met her husband.

When she spent a year attending Bible school in Texas, Gephart said, “he would continue to communicate, even come down and make a visit.”

Gephart would not speak to how the relations with Lowe initially began, but said they began “the way a lot of grooming starts.”

“Shoulder massages, lap sits, long hugs, things like that nature that would get longer and deeper,” she said. In one instance, he allegedly laid his head in Gephart’s lap while they were sitting on a couch, though she would not go into further detail.

The legal age of consent in Indiana is 16. Gephart told Fox News Digital the sexual aspect of their relations began when she was 16, but “molestation happened prior to that.” 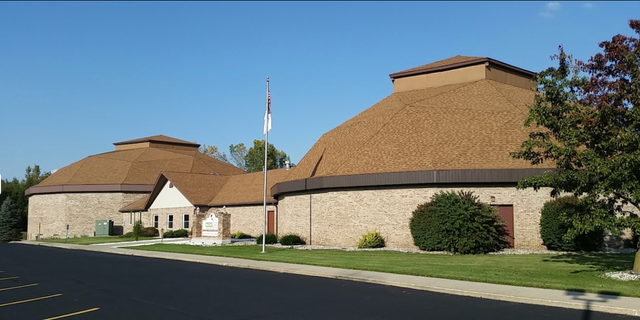 She said she did not currently have plans to take legal action, considering the legal age of consent and the existence of any statutes of limitation. Asked about their expectations for the future, Gephart said she and Nate “sit tight and we take care of our family and make sure that we’re healthy. “

Gephart has not spoken to Lowe since she came forward, but one family member reached out and had been “very kind.”

Speaking about Lowe, she said she hopes “his heart changes.”

When asked if she had any message for people who might be in similar situations, she said she hopes that they speak up, “no matter what.”