After nearly seven weeks of being forced to boil their water before drinking it or using it to brush teeth, people in Mississippi’s largest city were told Thursday that water from the tap is safe to consume — but Jackson’s water system still needs big repairs that the mayor says the cash-strapped city cannot afford on its own.

Gov. Tate Reeves and Jackson officials said in separate announcements that the state health department lifted a boil-water notice that had been in place since July 29 in the city of 150,000.

“We have restored clean water to the city of Jackson,” Reeves said during a news conference.

However, a state health department official, Jim Craig, said households with pregnant women or young children should take precautions because of lead levels previously found in some homes on the Jackson water system. Craig said although recent testing showed “no lead or lead below the action levels” set by the EPA, people should continue to avoid using city water to prepare baby formula. 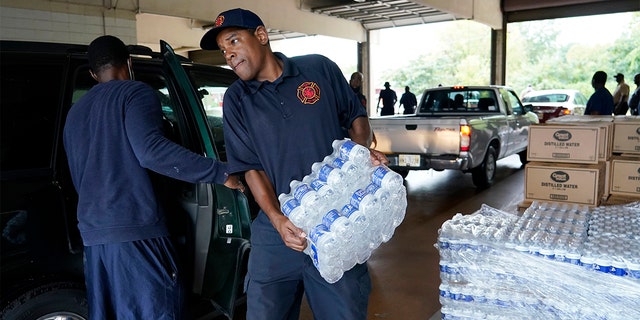 “It is possible, although I pray not inevitable, that there will be further interruptions,” Reeves said. “We cannot perfectly predict what may go wrong with such a broken system in the future.” 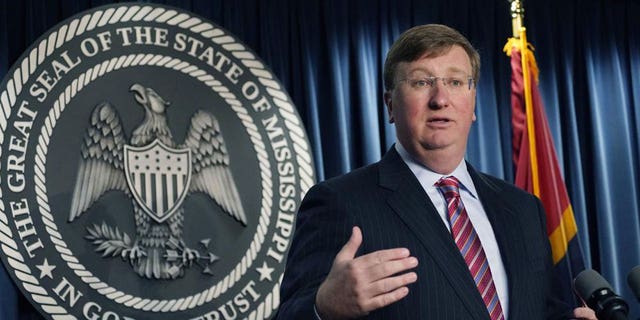 When water pressure drops, there’s a possibility that untreated groundwater can enter the water system through cracked pipes, so customers are told to boil water to kill potentially harmful bacteria.

Even before the rainfall, officials said some water pumps had failed and a treatment plant was using backup pumps. The state health department had set the boil-water notice because of cloudy water that could make people ill.

The National Guard and volunteer groups have distributed millions of bottles of drinking water in Jackson since late August.

During a community meeting Tuesday, Jackson resident Evelyn Ford said she could only pick up water for herself and her older neighbors on weekends because of her weekday work schedule. Ford told Mayor Chokwe Antar Lumumba that workers at one distribution site criticized her for getting multiple cases of water and a state trooper told her to leave. 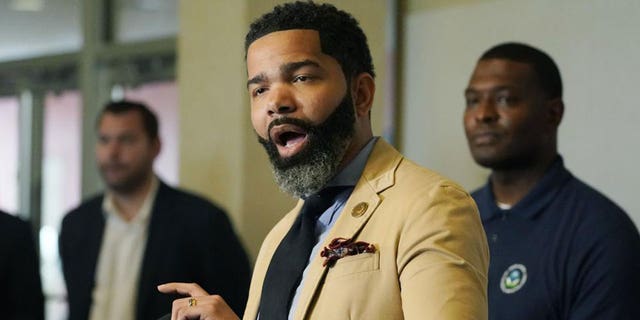 Jackson is the largest city in one of the poorest states in the U.S. The city has a shrinking tax base that resulted from white flight, which began about a decade after public schools were integrated in 1970. Jackson’s population is more than 80% Black, and about 25% of its residents live in poverty.

Like many American cities, Jackson struggles with aging infrastructure with water lines that crack or collapse. Lumumba, a Democrat in a Republican-led state, said the city’s water problems come from decades of deferred maintenance.

Some equipment froze at Jackson’s main water treatment plant during a cold snap in early 2020, leaving thousands of customers with dangerously low water pressure or no water at all. The National Guard helped distribute drinking water. People gathered water in buckets to flush toilets. Similar problems happened on a smaller scale earlier this year.

Jackson frequently has boil-water notices because of loss of pressure or other problems that can contaminate the water. Some of the mandates are in place for only a few days, while others last weeks. 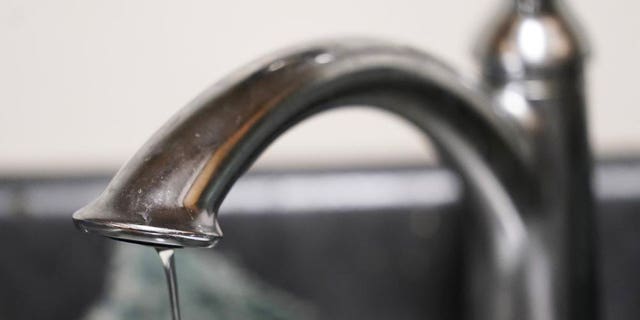 A trickle of water comes out of the faucet of Mary Gaines a resident of the Golden Keys Senior Living apartments in her kitchen in Jackson, Miss., Thursday, Sept. 1, 2022.  (AP Photo/Steve Helber)

In 2016, the state health department found an inadequate application of water treatment chemicals because of a failing corrosion control system at the Curtis plant. The EPA required the city to correct this problem. In 2017, the city began installation of corrosion control treatment.

A water quality notice published in July said the majority of tested samples showed lead levels “below the action level set by the EPA.” But it also listed precautions from the state Health Department, including that baby formula should be made only with filtered or bottled water and that children younger than 5 should have lead screening and blood testing.