YouTube star gives up ANY form of sex or self pleasure for 120 DAYS – before ‘accidentally’ breaking his dry spell… as he reveals how it changed his life for the BETTER: ‘Now my mate’s doing it’

An Australian influencer has opened up about his ‘experiment’ of going 120 days without any form of sexual pleasure.

Jamie Zhu, 28, from Sydney, told Daily Mail Australia that he tried ‘semen retention’ after researching the spiritual effects of sex.

He claims the bizarre practice of avoiding any form of ejaculation left him with increased focus and energy, while also reducing anxiety and depression.

There has been no scientific scrutiny of the practice and it seems to fly in the face of nature.

But for Mr Zhu – who accidentally ‘relapsed’ after 120 days – not ejaculating has completely changed his life. 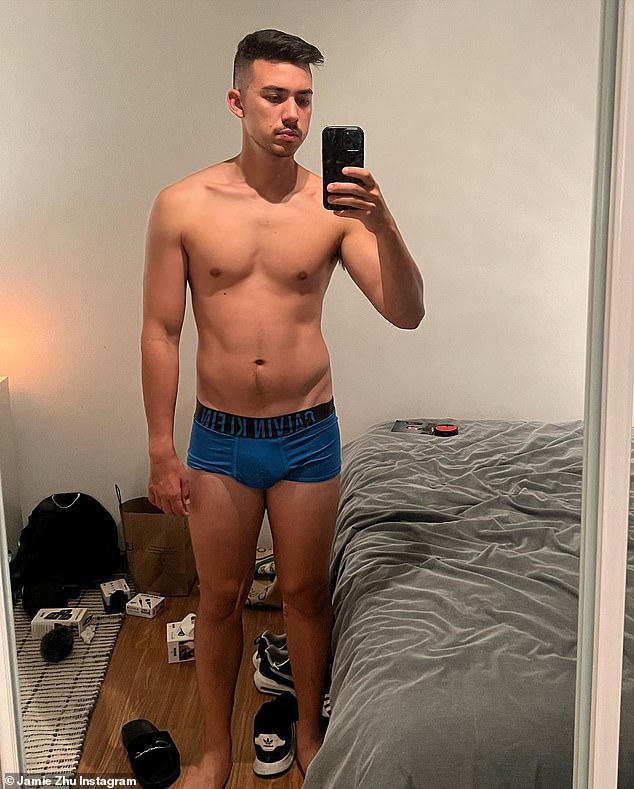 Jamie Zhu said his energy levels increased during the challenge, motivating him to undergo a fitness challenge. Pictured is Mr Zhu before he gave up sexual pleasure 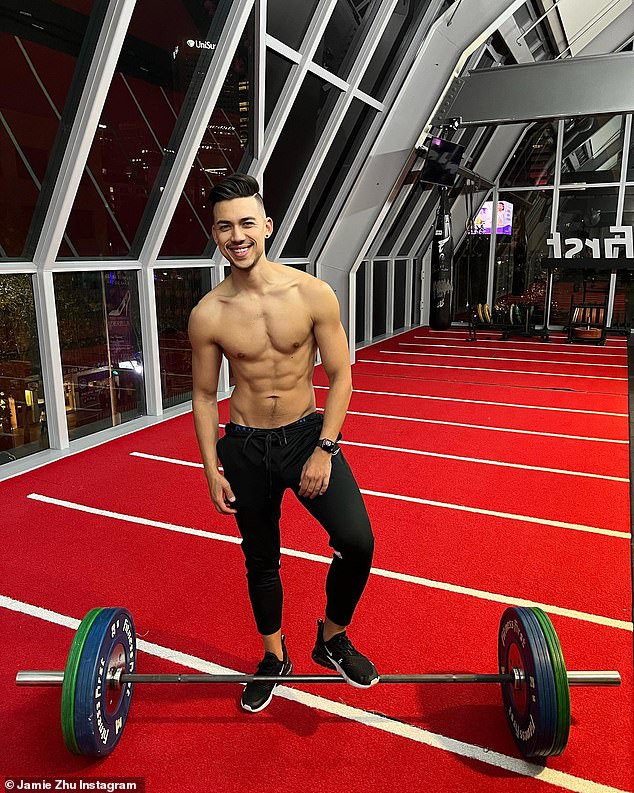 Jamie Zhu, 28, from Sydney, recently told his two million TikTok followers that he was trying out semen retention – the practice of avoiding ejaculation.  Pictured is Mr Zhu after transforming his body due to increased energy levels as a result of giving up sexual pleasure

‘After the first one to two months or so, I noticed that my energy was absolutely through the roof,’ he told Daily Mail Australia.

‘I stopped having those afternoon crashes and my capacity to work was unlike anything I had ever felt before. I used to burn out easily if I was working too much, but the notion of burn-out doesn’t exist anymore.

‘Not only did I physically feel more energetic, but I was hyper-focused on my career and distractions and temptations were easy to control.’

Those extra energy levels motivated Mr Zhu to focus on health and fitness, meaning he was able to go harder at the gym and transform his body.

Mr Zhu said that for most of his life he had been ‘sleeping around with many different women’, and noticed his male friends would applaud him on his sexual conquests. 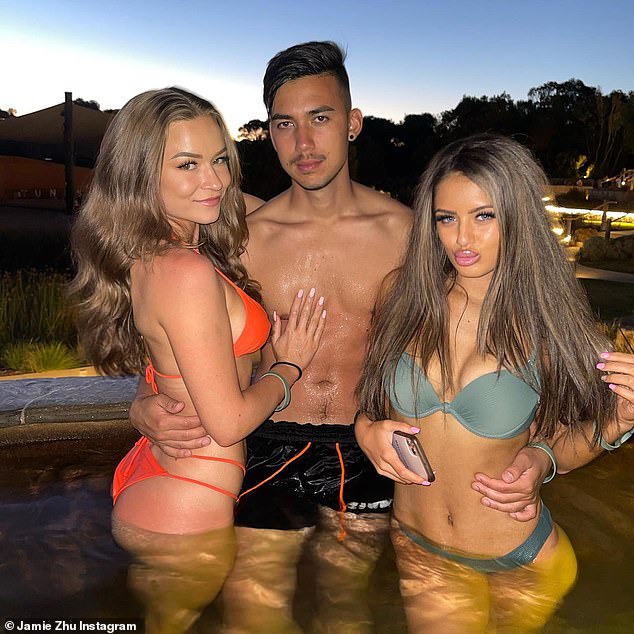 ‘I then realised that an element of this is because of the way society and the media have sexualised our culture into making men like myself think that success is based upon money, status and how many women you can sleep with.

‘Rappers boast about how many women they can sleep with – like it is a numbers game, how many cars they have, how much money they have and they subconsciously influence young impressionable males like myself into thinking this is what life is all about.’

Mr Zhu said he was dating someone for a while when he started semen retention, admitting his new endeavour threw a ‘curveball’ into the mix.

He stressed that for him to get into a relationship, he needed a partner who would fully support him.

When he began practicing the new method, the 28-year-old made sure he kept all other parts of his life the same so he could see if there really were any benefits.

‘I had full control of my emotions. I was always able to control them when before I would throw tantrums and feel emotionally overwhelmed a lot of the time,’ he said.

‘I’d say after 100 days, I noticed that my whole life didn’t revolve around sex anymore, and I could focus on things that actually mattered long term.’

He admitted there were temptations and at times he was close to breaking his dry run.

‘But I decided that the promise I made to myself outweighed any short term pleasures that would steer me off the course,’ Mr Zhu said.

He said the practice made him realise that he was only focusing on things that he wanted at the time, instead of what could fulfil him long-term. 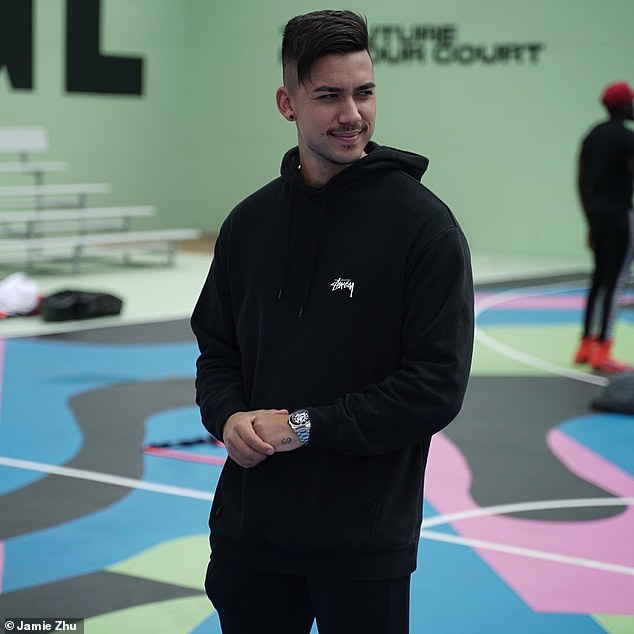 ‘Things like preservation, patience and even celibacy are frowned upon in this day and age. This is something we should be questioning,’ he said.

When Mr Zhu told his friends of his new lifestyle, they weren’t exactly envious and said any benefits would likely just be placebo. 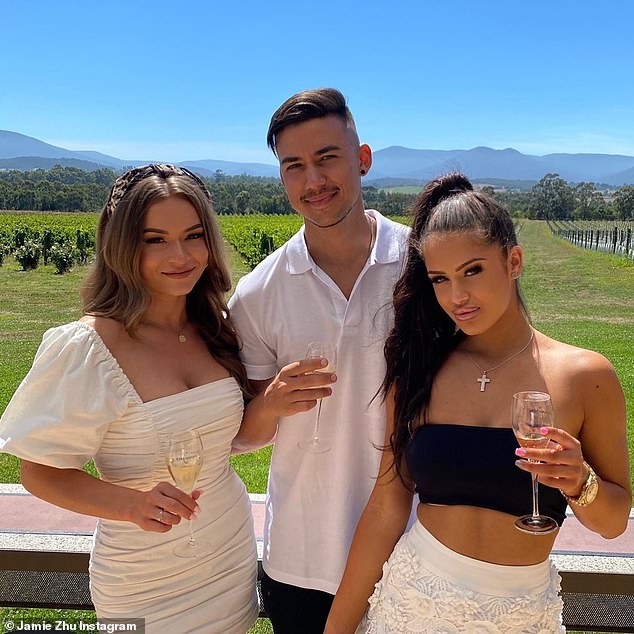 Mr Zhu has a massive following on social media, with about 10 million fans

One mate did jump on the bandwagon, with Mr Zhu saying he’s experiencing more benefits than he is.

More women are also interested in him, Mr Zhu added, although admitting that wasn’t the case for himself.

‘I had a friend who decided to jump on the bandwagon too and he swears by it and is experiencing even more benefits than I have.

‘He said he has somehow experienced so many more females being interested in him. I didn’t really experience an increase in that area, but hey maybe it is because I’m already a handsome guy.’

From having such a huge following on social media – about ten million across Instagram, YouTube, TikTok and Facebook – Mr Zhu said the notion had been heavily criticised.

‘The benefits of semen retention outweigh and overlap what science is capable of measuring,’ he said. 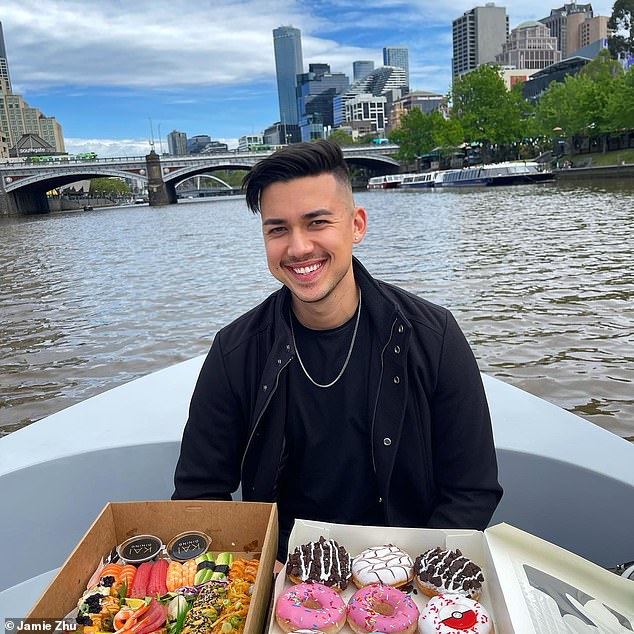 Mr Zhu broke his dry spell after 120 days, admitting he was ‘only human’

‘There are thousands of guys out there doing the same thing, and everyone is experiencing the same benefits.’

He initially had a goal of 100 days, and managed 120 days before accidentally breaking the run, saying he was ‘only human’.

‘I have broken the habit of living my old life and it is more something that I will try to do until I have met the girl I will marry,’ he said.

‘Then things will change after that.’

WHAT IS SEMEN RETENTION?

Semen retention is the practice of men avoiding ejaculation

The easiest way is to abstain from sex altogether, but men can also learn how to have orgasms without ejaculating

While there is limited research on the practice, men may start it to gain mental and physical health benefits

Improved sperm quality and increased vitality may also be seen

Sperm that is not expelled is absorbed back into the body

It’s also believed that sexual benefits can be achieved