White House Press Secretary Karine Jean-Pierre cheered the renamed Inflation Reduction Act as ‘historic’ Friday and brushed off a new analysis that showed its impact on prices would be ‘statistically indistinguishable from zero.’

She called the deal, struck between West Virginia Democratic Sen. Joe Manchin and Majority Leader Charles Schumer ‘historic legislation this is going to be a game changer for so many Americans.’

It has the potential to hand President Biden a major win after prolonged negotiations, and would invest billions in climate programs while meeting his pledge to establish a 15 per cent minimum tax.

Jean-Pierre also blasted Republicans who are lining up against it. 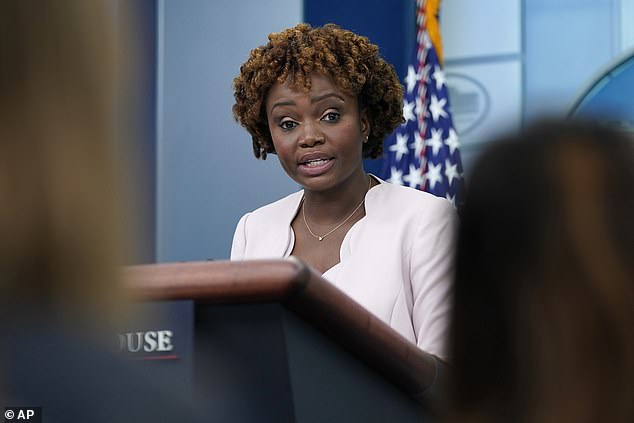 ‘We have a plan to fight inflation. We are we are ready to help middle class families and not and Republicans who are opposing that. They’re opposing that because of false rage,’ she said.

The bill got renamed as Manchin lopped off numerous programs after raising concerns about inflation, and appearing to back away after a record 9.1 per cent inflation figure for June.

But a new Penn Wharton analysis by the University of Pennsylvania concluded the package would ‘very slightly increase inflation until 2024 and decrease inflation thereafter. These point estimates are statistically indistinguishable from zero, thereby indicating low confidence that the legislation will have any impact on inflation.’ 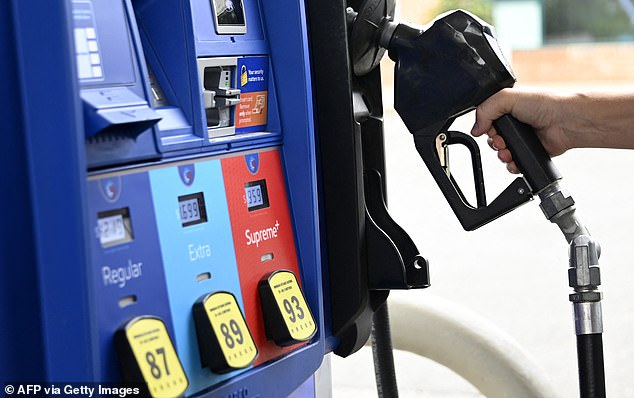 A Penn Wharton analysis at the y the University of Pennsylvania of the Manchin deal concluded the package would ‘very slightly increase inflation until 2024.’ Inflation would decline afterward 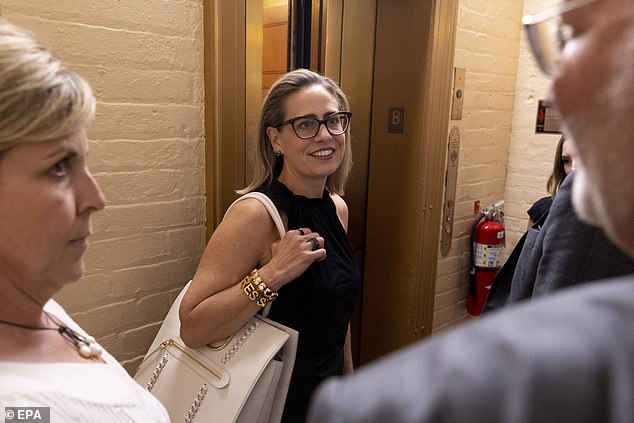 Jean-Pierre would not say whether President Biden had reached out to Democratic Senator of Arizona Kyrsten Sinema of Arizona, who hasn’t said she will back the deal 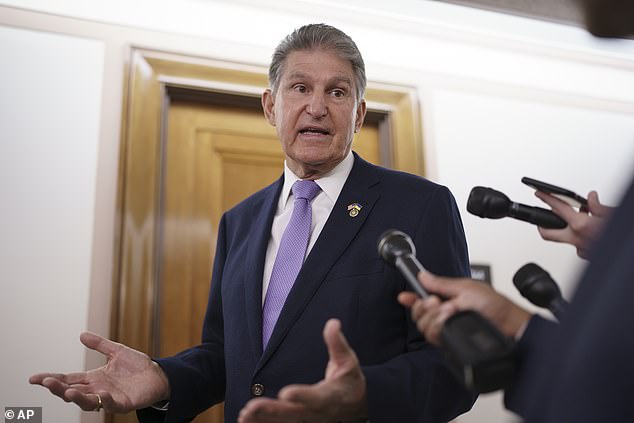 Sen. Joe Manchin, D-W.Va., stunned colleagues when he announced the deal Wednesday, and touted it again on Friday

That is still a far cry from many Republicans who have tried to tag the bill as a big driver of inflation. The study notes it would ‘reduce cumulative deficits by $248 billion over the budget window.’

But it could have an impact on Manchin, who has cited Penn Wharton analysis in the past.

Manchin was still cheering the bill Friday, two days after announcing the deal.

‘The Inflation Reduction Act is not a Democratic or Republican bill. It’s a bill for America. We have an opportunity to lower drug costs for seniors, lower ACA health care premiums, increase our energy security & invest in energy technologies – all while reducing our national debt,’ he tweeted.

Less certain is Democratic Sen. Kyrsten Sinema, who has avoided reporters and declined to comment on the bill.

Jean-Pierre began her briefing singling out the bills for closing the carried interest loophole, which allows wealthy individuals to pay lower tax rates than their staff by taking earnings as capital gains instead of ordinary income.

But that is a provision Sinema has criticized, although one that Manchin calls an essential part of the package.

Jean-Pierre wouldn’t even say the White House had reached out to take Sinema’s temperature on the matter.

‘I not going to read out any calls or potential calls’ with lawmakers, she said.

‘The President has regular conversations with members of Congress, his team, as we have said have been communicating with with the senators on this bill, offering any ticket technical assistance, or any guidance that they might need from us, but I don’t have anything to read out on a potential call,’ she said.

Even without the political pitfalls, Democrats have had trouble assembling their 50-seat Senate majority amid covid cases within their ranks.