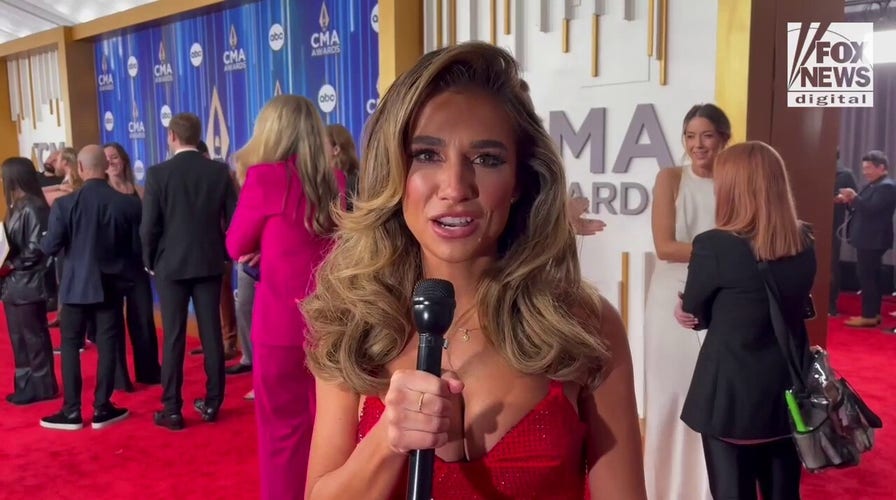 Jessie James Decker says her favorite holiday tradition is relaxing at home with her kids while they decorate the Christmas tree.

Parent shaming isn’t a new trend, but with social media access, celebrities have had to defend their families from online trolls scanning their platforms.

Jessie James Decker is one of the latest stars to take a stance against negative commentary made by strangers on the internet after she was accused of altering images of her kids to make them look like they had muscular physiques.

The country singer isn’t the only A-list figure to respond to critiques from the parenting police, and joins Dwayne “The Rock” Johnson, Kourtney Kardashian, Pink, and a host of Hollywood heroes who will stop at nothing to protect their people.

When Decker, 34, shared a photo on Instagram of her three children with former NFL wide receiver husband Eric Decker — Vivianne, 8, Eric Jr., 7, and Forrest, 4 — playing in the sun while on Thanksgiving break in Mexico, a few users said she had used “an app” to make her kids appear as though they had defined abdominal muscles.

JESSIE JAMES DECKER DEFENDS HER CHILDREN AFTER ‘BIZARRE’ PHOTOSHOP ACCUSATIONS: ‘BE ACCEPTING OF ALL PEOPLE’ 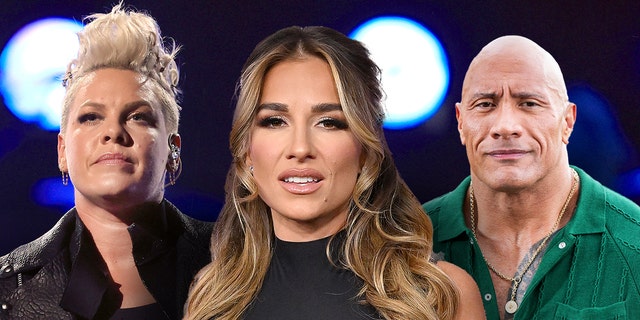 Jessie James Decker is one of many Hollywood stars forced to defend herself from the parenting police online.
(Getty Images)

“Being accused of photoshopping abs on my kids (I can’t help but laugh) or … the polar opposite over ‘overtraining’ our kids makes me realize how bizarre our world has gotten regarding the body and what’s normal and what’s not,” she captioned a video addressing the “bonkers” situation.

“We preach about body positivity and acceptance but my kids having a mass amount of genetic and built muscle from athletics is ‘weird’? I want to raise my kids to feel proud of their bodies and hard work from either Vivis elite competitive gymnastics to Eric Jr wanting to be like dad as an NFL receiver to little Forrest who spends hours dancing his heart out,” she wrote.

“Let’s not pick and choose what we normalize regarding bodies and be accepting of all people and children. If we wanna do ‘better’ then do better.”

“Let’s not pick and choose what we normalize regarding bodies and be accepting of all people and children. If we wanna do ‘better’ then do better.” 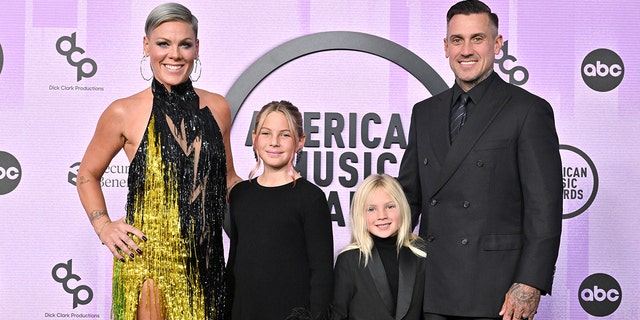 Pink has two children, Willow and Jameson, with her husband, Carey Hart.
(Axelle/Bauer-Griffin)

Pink has been attacked online for her parenting choices numerous times, but refuses to bow down to what she calls “keyboard warriors.”

After receiving hate on innocent posts through the years, she often uses her platform to troll mom-shamers.

KATE HUDSON ON CO-PARENTING HER THREE CHILDREN WITH THREE DIFFERENT FATHERS: ‘I FEEL LIKE WE’RE KILLING IT’

“Here’s a picture of my child running through water. It wasn’t even filtered. What a waste of water,” the singer captioned a snap shared on Instagram. “And no helmet? I hope she had sunscreen. If she slips and falls she may be traumatized for life. And her mother wasn’t even there. I was….. gasp…. working!!!! In another country!” She finished her post with, “#f—theparentingpolice.”

Alicia Silverstone admitted on The Ellen Fisher podcast earlier this year that she still co-sleeps with her 11-year-old son, Bear, much to the dismay of mom-shamers.

“I’m a natural mama, and I’m a loving mama. I believe in love, I believe in nature, and our society is scared of nature and love,” Silverstone said of her alternative parenting style. She raises her son with ex-husband Christopher Jarecki.

“The things I’m doing I’m not inventing. I didn’t invent any of it. It’s just me following nature. Bear and I still sleep together. If you were in any kind of wild setting where there are animals if you put your baby over there, your baby is going to get eaten, so it’s not ideal for your baby to be over there.” 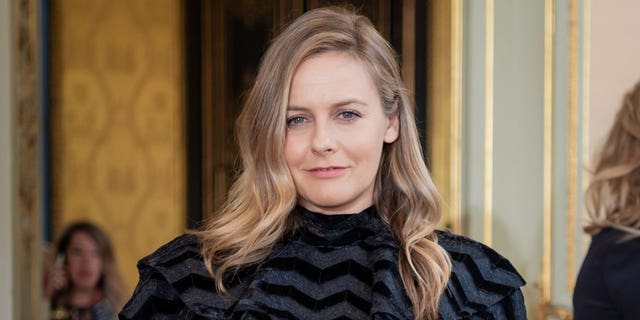 Kelly Clarkson was not OK when a Twitter user tried to blame her career pursuits on the reason her marriage to ex Brandon Blackstock ended. Clarkson filed for divorce in June 2020 after seven years of marriage, which was finalized in March 2022.

Upon hearing that Kelly was signing on to “America’s Got Talent,” one user wrote in a since-deleted tweet, “Now Kelly is taking Simon’s place…no wonder her marriage didn’t work…surprised she has time for her kids…not the good old country girl we fell in love with…it’s all about Kelly being on TV…and no one else…no tears for her…but for her kids.”

“Wow. Shaming a woman who has a great work ethic, is a great mom, and who steps up and fills in when a friends asks for a favor because that’s actually what “good old country girls” do…. this can’t be who you are deep down,” Clarkson responded back. “I have more faith in your heart. Aim higher please.”

Dwayne “The Rock” Johnson shared a tender moment with his newborn daughter when it completely backfired on him. The “Black Adam” star brought his baby to his shirtless chest for skin-to-skin contact, which can benefit babies and parents in numerous ways.

One Twitter user wrote, “Nurse: would you like to hold your new baby? @TheRock: hold on, let me take my shirt off.” 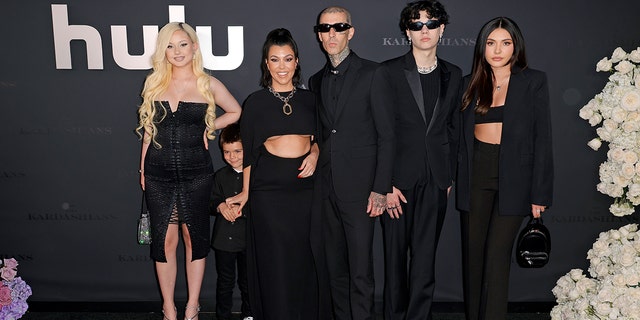 The former WWE wrestler responded, “good one! Buuuuut one day when you have babies Allison you’ll understand the power of skin to skin.”

After Shawn Johnson gave birth to her daughter, Drew Hazel, the mom-shaming community tried to tell Johnson her baby was inappropriately dressed for cold weather. She preemptively responded to them while posting a video dancing with her daughter.

“My favorite.. dancing with my girl @drewhazeleast (yessss mommy shamers… I am sure there is something I am doing very wrong #momlife,” she captioned a video with her one-month-old baby.

A few months later, the parenting police came out once again and criticized the Olympic gold medalist for a sharing a clip of her baby’s “first flip” at three months old. “She was perfectly safe… so don”t even,” Johnson wrote.”

Kourtney Kardshian has often defended her son Reign on social media for his choice to have long hair. Shamers would ask if Reign, the youngest of her three children with ex Scott Disick, was a boy or girl, or if her kids were ever in school.

“Once in a while, I may respond to a negative comment for fun, or if something really does bother me I definitely have the platform to correct it … but I usually don’t think twice,” she told Rosie Huntington-Whiteley on Rose Inc. “No matter what it is that I am doing, someone has something to say, good or bad. The worst, though, is when people I don’t know give unsolicited parenting advice. No one knows my kids better than me, I’ve got this, I’m good, thanks.”