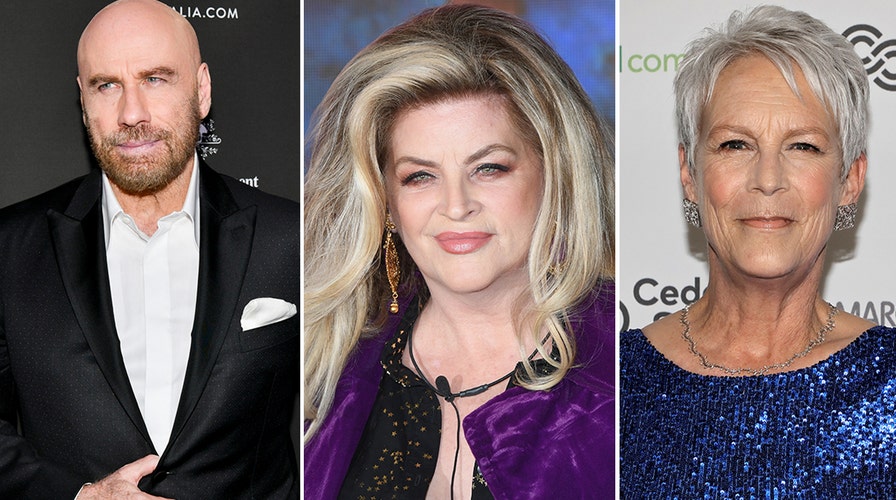 John Travolta, Jamie Lee Curtis and other stars in Hollywood are mourning the loss of the iconic actress, Kirstie Alley.

Alley’s family shared a statement on Twitter on Monday night stating that the actress died after a “recently discovered” battle with cancer.

Jamie Lee Curtis took to Instagram on Monday night to share their “mutual respect and connection” they had.

Curtis continued: “She was a great comic foil in @tvscreamqueens and a beautiful mama bear in her very real life. She helped me buy onesies for my family that year for Christmas. We agreed to disagree about some things but had a mutual respect and connection. Sad news.” 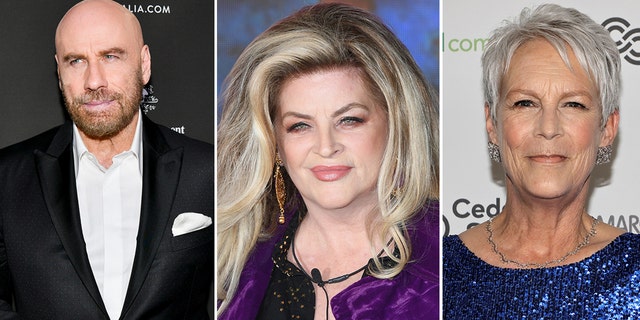 Actor Tim Allen took to Twitter on Monday to honor Alley. “A sweet soul pass on in Kristie Alley. Sad, sad news. Prayers for all her family,” Allen wrote.

“So very sad. Kirstie Alley R.I.P. My condolences to her family,” he wrote.

Kristin Chenoweth took to Instagram on Monday night to share that she “can’t believe” Alley has passed.

“I love you, Kirstie. I will see you again someday. I can’t believe you’re gone,” she wrote alongside images with Alley.

“Whether you agreed with her or not, Kirstie Alley was an undeniable talent who brought joy to many – through the screen and with her warm, hilarious spirit. RIP, luv. You were one of a kind,” she wrote.

Carmen Electra shared images of Alley on Instagram and wrote, “#rip to this kind, beautifully talented soul. we love you Kirstie.”

“The Handmaid’s Tale” actress Ever Carradine took to Twitter to thank Alley for “launching her career.”

“I just head the news about #KirstieAlley. I’ve not spoke w/ her forever, but have her to thank for launching my career. She told me I was funny every single day on Veronica’s Closet, and I believed her. She threw the best parties and gave the parakeets as our wrap gift. Godspeed,” she wrote.

Candace Owens took to Twitter on Monday night to share her condolences. “So sad about Kirstie Alley. She was so sweet. Sending love to her family,” Owens wrote, adding a red heart.

Rhea Perlman said in a statement to Fox News Digital: “Kirstie was a unique and wonderful person and friend. Her joy of being was boundless.We became friends almost instantly when she joined the cast of Cheers. She loved kids and my kids loved her too. We had sleepovers at her house, with treasure hunts that she created.She had massive Halloween and Easter parties, and invited the entire crew of the show, and their families. She wanted everyone to feel included.She loved her children deeply.I’ve never met anyone remotely like her. I feel so thankful to have known her. I’m going to miss hervery, very much.”

Grammy-winning artist Travis Tritt took to Twitter to share that he was “shocked” to hear of Alley’s passing.

“Shocked and saddened by the news of Kirstie Alley,” he wrote alongside the family’s statement.

True and Lillie Parker, Kirstie’s children, announced their mother’s death in a statement shared to social media on Monday night.

“We are sad to inform you that our incredible, fierce and loving mother has passed away after a battle with cancer, only recently discovered,” the statement began. “She was surrounded by her closest family and fought with great strength, leaving us with a certainty of her never-ending joy of living and whatever adventures lie ahead.”

The statement continued: “As iconic as she was on screen, she was an even more amazing mother and grandmother.”

Her children thanked the Moffitt Cancer Center for their care before describing their mother as having a “zest and passion for life, her children, grandchildren and her many animals, not to mention her eternal joy of creating, were unparalleled and leave us inspired to live life to the fullest just as she did.”