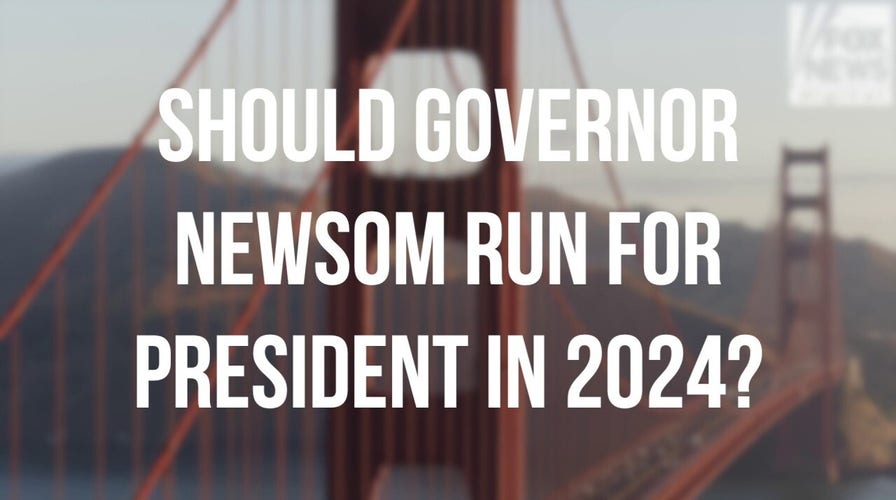 In a new article from his website, entitled “Gavin Newsom Is Gross and Embarrassing and Will Never Be President,” the self-described neoliberal journalist criticized Newsom for his recent decision to disperse re-election funds to erect billboards in South Carolina and six other states.

The billboards, which read “California is ready to help,” direct those in red states to information on access to abortion, but really amount to using women as a “prop” to bolster Newsom’s public image, according to Barro. Furthermore, Newsom’s proposal to debate DeSantis on CNN similarly does nothing to address immigration, and merely serves to “draw attention” to the California governor.

Barro’s “second irritation” stems from the fact that Democrats already have Joe Biden for the 2024 presidential run, and his successes make him the party’s “best chance” to retain the White House. The writer also suggested Newsom’s recent stunts undermine Biden, and claimed the president retaliated by wading into a California state policy dispute about farmer unionization.

“Politico reports that Newsom is “privately seething” over Biden sticking his nose into California business in a way that highlights a breach between Newsom and labor. Well, maybe Newsom should consider keeping his nose out of Biden’s business, if that bothers him so much,” Barro said.

But, above all, Barro just thinks Newsom is a bad candidate for any election, outside of running against a Republican in deep blue California. The LA-based journalist slammed the governor as “replacement-level liberal” Democrat who lacks an appealing backstory, ideology or dedicated support base, and for that reason resorts to PR stunts designed to appeal to “core MSNBC viewers.”

Barro laid out a massive list of Newsom’s past scandals, including an affair with the wife of his close friend and campaign manager, a past relationship with a girl too young to drink, and the infamous dinner at The French Laundry hours after telling Californians not to gather for the holiday during COVID-19.

“He did all those things! He’s practically the opposite of Relatable Joe from Scranton — an effete, sleazy, high-handed liberal from San Francisco who seems like he might hit on your wife, if she’s hot. Kamala Harris would be a better candidate,” Barro continued, suggesting that Newsom resembled a used car salesman that nobody would buy from.

Yet, according to Barro, for all the “repellence of his persona,” Newsom has done good things for California, including the signature of sensible housing bills.

“He should focus on that, and abandon the ludicrous notion that he should ever be the Democratic nominee for president,” Barro concluded.

As recently as Tuesday, Newsom has continued his attacks on Republican governors, reaffirming speculation that the governor could be running for president in 2024.

“Those conservative governors out there, Greg Abbott and others, they’re as dumb as they want to be and they’re just doubling down on stupid, and we will not follow their path,” he said at the Clinton Global Initiative Meeting, according to KXTV in Sacramento.