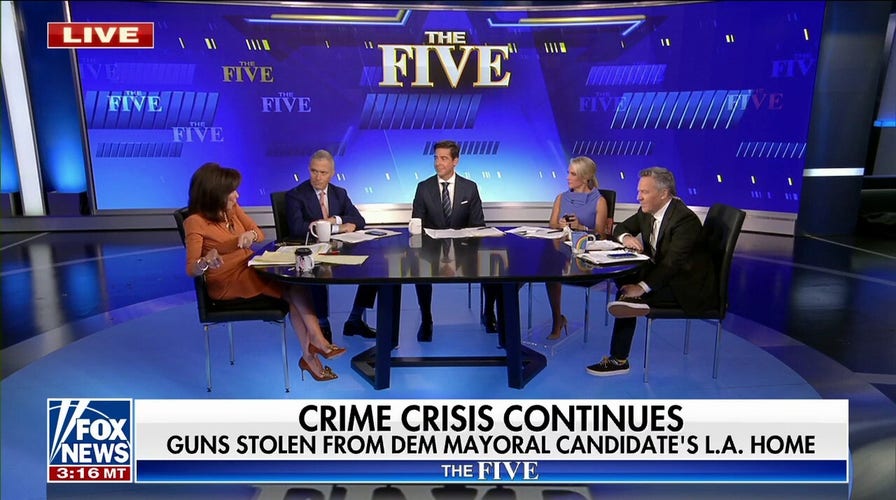 Judge Jeanine: No criminal goes in and doesn’t take cash

‘The Five’ co-host Judge Jeanine questioned Los Angeles mayoral candidate Karen Bass’s burglary story after only two guns were stolen from her home and nothing else.

JUDGE JEANINE PIRRO:Let me tell you something. She’s got two guns that are registered for which she has no permits, okay? Only two guns are stolen, but they’re “safely and securely in a Brinks lock box.” How did the guy who allegedly is Hispanic that they’re referring to – they didn’t tell us how they got a description since no one was at home. Maybe they had a ring thing, or I don’t know. But how does a criminal not take cash?

There’s no identification number, no fingerprints? Not take jewelry, not take anything other than a box that you hope two guns are in? There isn’t a glass cover on a Brinks locks box. She has some issues, okay? As it relates to the gun, she only has it registered, she doesn’t have a permit. She’s had it for 40 years and never bothered to get a permit. I don’t know what’s going on, but I’ll tell you what, all my antennas are up here. Something is totally off. No criminal goes in and doesn’t take cash. 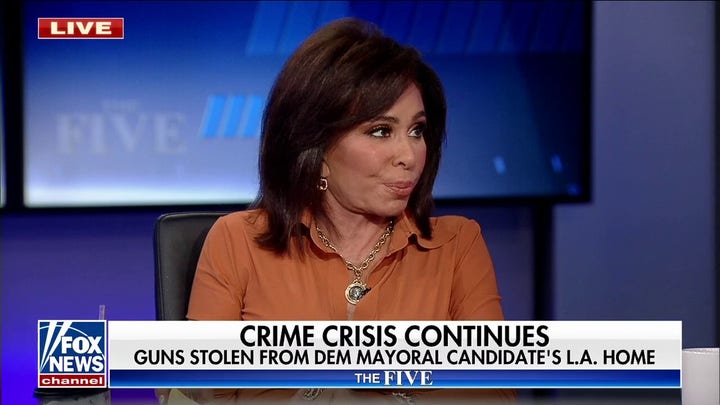