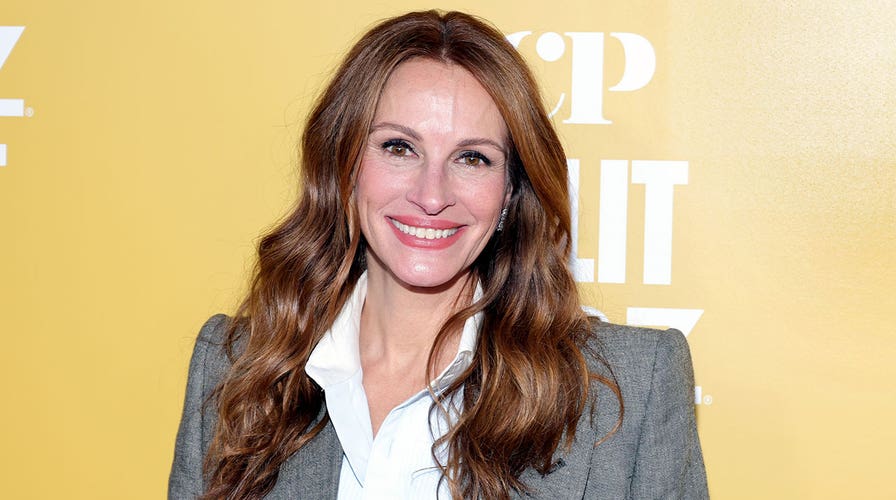 George Clooney and Julia Roberts discussed their close friendship during the "Ticket to Paradise" premiere in Los Angeles.

Julia Roberts paid tribute to her twins Phinnaeus “Finn” Walter and Hazel Patricia on Instagram as they turned 18.

The 55-year-old actress shared a throwback photo to celebrate her children’s milestone birthday on Monday.

The “Ticket to Paradise” star wrote “18” in the caption, along with two sets of star emojis. “Love you.”

In the sweet image, the Academy Award winner was seen in a kitchen with her children when they were toddlers.

The “Pretty Woman” starwas pictured holding up one of the twins while the other watched from a high chair.

Roberts shares Finn and Hazel with her husband Danny Moder, 53. The couple, who have been married for 20 years, also are parents to 15-year-old son Henry. 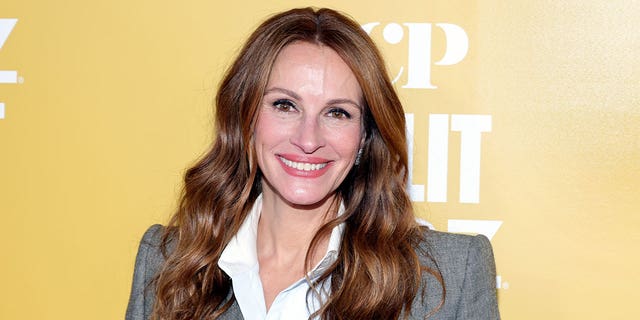 The “Notting Hill” actress and the cinematographer are notoriously private about their family life and rarely share photos of their children on social media. However, both made an exception last year when the twins turned 17.

The “Pretty Woman” star shared a throwback snap in which she was holding the twins when they were newborns.

The photo was taken by Moder and originally appeared on the cover of People magazine shortly after the twins were born.

Roberts wrote “17 of the Sweetest years of life” in the caption, adding 17 cake emojis. 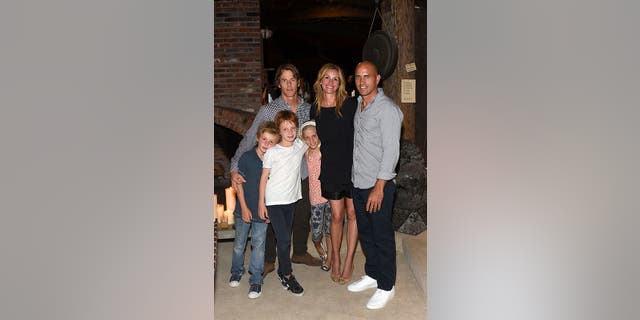 Roberts shares Finn and Hazel with her husband Danny Moder, 53. The couple, married for 20 years, also are parents to 15-year-old son Henry. They are pictured here with Kelly Slater in 2012.
(Stefanie Keenan/Getty Images for Outerknown)

Moder posted a photo of the two eating breakfast, writing, “these rabble rousers… 17 today. thank you for helping me through fatherhood.”

Last April, Roberts expressed her excitement over her children’s college plans during an interview with Extra. “It makes me a little lightheaded,” she said of starting to look at colleges with Finn and Hazel.

“I’m completely excited for them. It’s really thrilling, and I wasn’t lucky enough to have a college experience. And so to see how it’s happening for them is really fascinating. I’m just excited for them.”

During the interview, she also discussed her family’s move to Northern California during the COVID-19 pandemic.

“We always felt that we were kind of living outside of LA,” Roberts told Extra.

“I think the move has been great. I think moving with three teenagers during a pandemic is not for the faint of heart, but we have pulled it off, and everyone seems good and happy.”

In October, the Georgia native told “CBS Mornings” being a homemaker is her “full-time job” when she’s not working.

“It isn’t rainbows and kittens every day, but it does bring me a lot of joy,” Roberts said.