A jury is weighing the guilt of a wealthy dentist accused of fatally shooting his wife in the heart on a 2016 African safari trip, so he could be with his longtime mistress.

The stakes are high for 67-year-old Lawrence Rudolph, who will face a possible death penalty if the panel of six men and six women vote to convict him of murdering Bianca Rudolph – his wife of 34 years.

The jury in U.S. District Court in Denver, Colorado, received the case on Friday after both sides gave their closing arguments.

Assistant U.S. Attorney Bryan Fields told jurors that the couple, big-game hunting enthusiasts, were wrapping up a trip to Kafue National Park in Zambia on Oct. 11, 2016, when she was shot once in the heart with a hunting rifle. 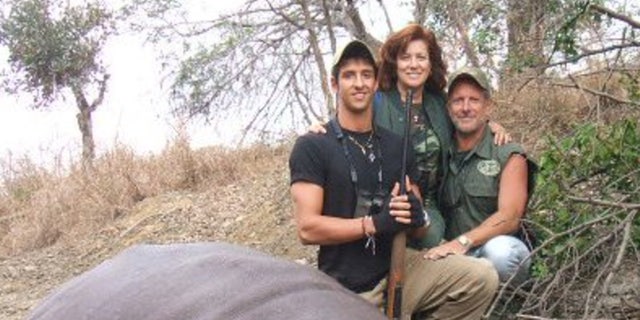 A photo of Bianca and Lawrence Rudolph with their grown son on a hunting trip. Lawrence Rudolph is on trial for murdering his wife on a trip to Zambia, so he could be with his mistress. (Facebook)

Attorneys for Lawrence Rudolph have argued that his wife accidently killed herself when she dropped the gun while hurriedly packing at about 5:30 a.m.

But Fields countered that the angle of the shot slightly above Bianca Rudolph and 2 to 3.5 feet away from her could not have been caused by the gun accidentally firing.

Lawrence Rudolph who shot her in cold blood to get his wife out of the way, so he could be with his office-assistant-turned-mistress Lori Milliron, who is being tried alongside him for being an accessory after the fact and lying to a grand jury, prosecutors argued.

Bianca Rudoph had been pressuring him to fire Milliron, Fields said. 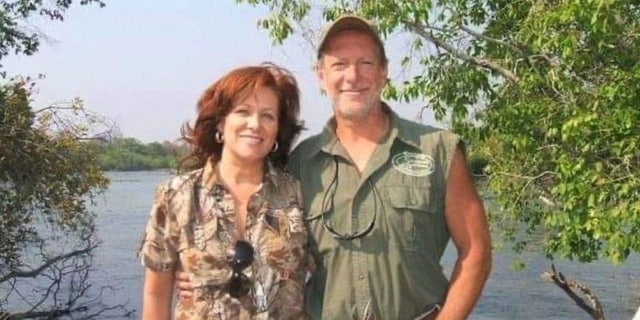 Bianca and Lawrence "Larry" Rudolph are pictured on a trip before her October 2016 murder in Zambia. (Facebook)

The dentist, who owned a successful dental franchise in Pittsburgh, Pennsylvania, had a net worth of $15 million that he didn’t want to split with his wife in the event of a divorce, according to prosecutors. After Bianca Rudolph’s alleged murder, Lawrence Rudolph cashed in on nearly $5 million in accidental death and life insurance polices.

Local Zambian authorities and the insurance companies, which conducted their own investigations, concluded that Bianca’s death was an accident.

Lawrence Rudolph’s conduct after the killing was suspicious, Assistant U.S. Attorney Garreth Winstead told jurors. He filed the insurance claim the day before his wife’s funeral, went to Las Vegas with a woman who was not his mistress the day after the funeral and invited Milliron to move into his home that same month.

Most damning, though, was the claim that Lawrence Rudolph confessed within earshot of a bartender at a steakhouse in Phoenix near Paradise Valley, Arizona, where he and Milliron bought a home together. 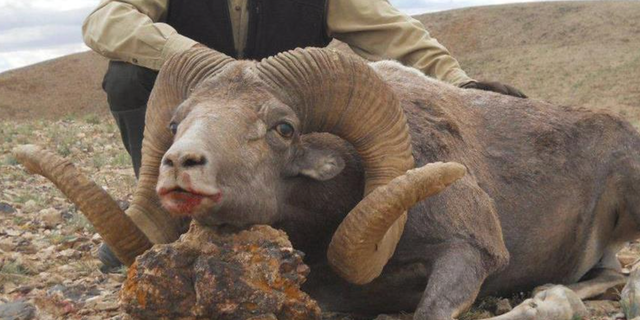 Lawrence Rudolph with a ram he hunted. He’s on trial for murdering his wife so he could run off with his mistress. (Facebook)

Rudolph testified last week that he had an open marriage and was content in his relationship. “I would not murder my wife,” he told jurors on the stand.

Defense lawyer David Markus argued that his client may not be likable, but that doesn’t make him a murderer. 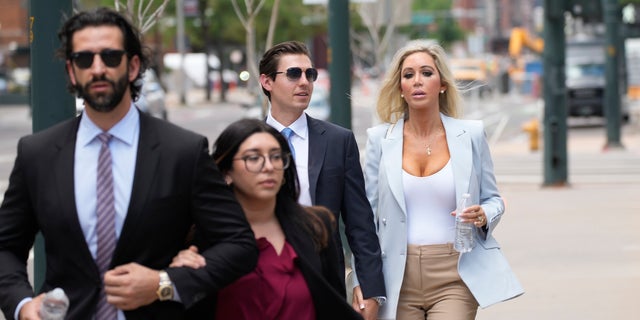 After court ended Friday, Rudolph looked toward his two adult children, Anabianca and Julian Rudolph, sitting in the courtroom gallery. He made a sign of the cross before being led out a side door. The children have supported their father.

The trial is being held in Denver because Rudolph, who is also charged with mail fraud, is accused of ripping off insurance companies that are based in Colorado.