Kansas will hold the nation’s first statewide vote on abortion rights since the fall of Roe v. Wade on Tuesday.

The state is holding a referendum on an amendment to the state constitution that would deny the right to an abortion. While more than a dozen states have abortion “trigger laws” that were set to go into effect immediately upon the end of Roe, the Kansas amendment will be the first time Americans are directly polled on the issue since the fall of Roe.

The Kansas “Value Them Both” amendment, “would affirm there is no Kansas constitutional right to abortion or to require the government funding of abortion, and would reserve to the people of Kansas, through their elected state legislators, the right to pass laws to regulate abortion, including, but not limited to, in circumstances of pregnancy resulting from rape or incest, or when necessary to save the life of the mother.” 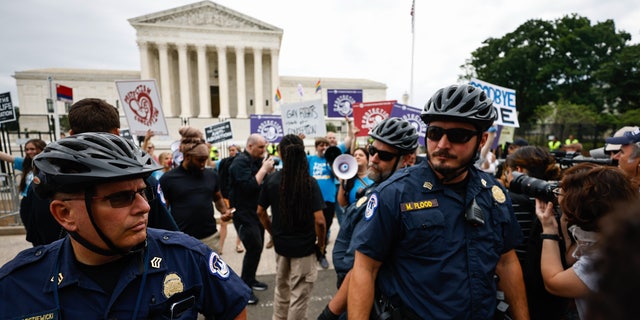 The amendment would not restrict abortion access in itself, but it would allow state lawmakers to pass legislation regulating access.

The referendum comes roughly three years after the state Supreme court ruled that the Kansas constitution protects the right to an abortion in 2019.

Kansas is a heavily Republican state, and the legislature would be likely to pass restrictions on abortion soon after the referendum if the amendment succeeds. It was the GOP supermajority in the state legislature that ensured the referendum would happen following the 2019 ruling and the fall of Roe.