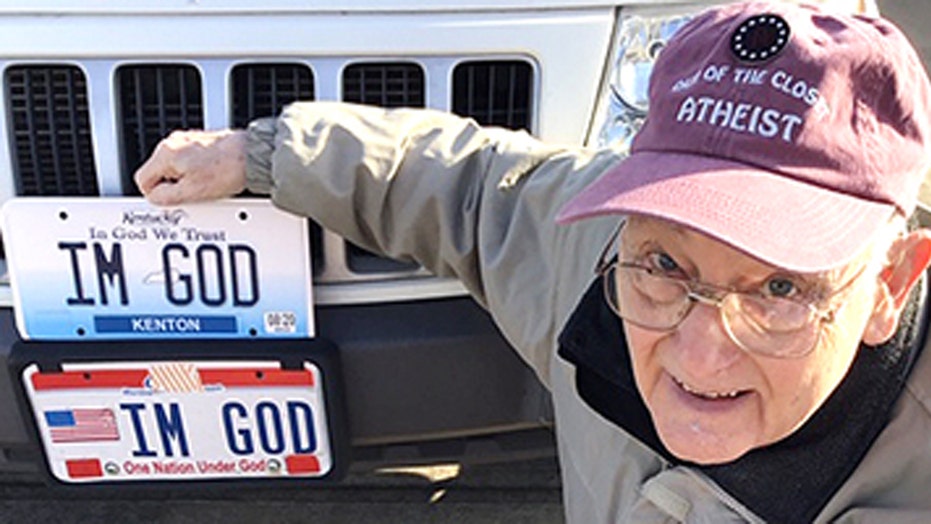 A federal judge ordered the state of Kentucky to pay more than $150,000 to groups representing a self-described atheist for denying him a personalized "IM GOD" license plate.

BRAZIL’S PRESIDENT BLASTS POPE FRANCIS ON AMAZON CLIMATE CHANGE: HE ‘MAY BE ARGENTINEAN BUT GOD IS BRAZILIAN’

Ben Hart, represented by the American Civil Liberties Union (ACLU) and the Freedom From Religion Foundation (FFRF), sued the state in 2016 after he moved from Ohio, where he had "IM GOD" as a personal message on a state plate that read "One Nation Under God."

He was denied getting the same personal message on his new plate, which in Kentucky reads "In God We Trust." 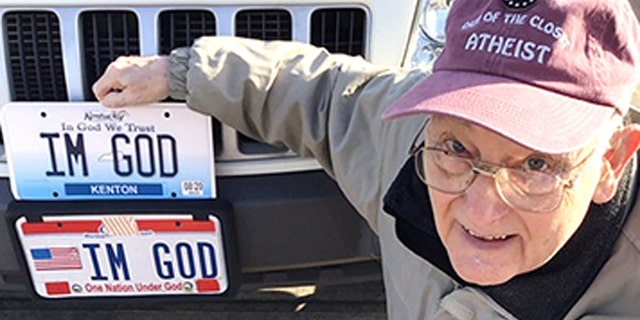 Ben Hart, who moved from Ohio to Kentucky, and was rejected a personalized "IM GOD" license plate, won the case in November and a federal judge ordered the state to pay over $150,000 in legal fees. (Freedom From Religion Foundation)

The state said it rejected the plate because it was "not in good taste," and argued it could distract drivers and create confrontations.

But Tatenhove ruled in November that "vanity plates are private speech protected by the First Amendment." Pointing out that because the state permitted plates like “IM4GOD” and “LUVGOD,” but denied Hart's message, its position was not viewpoint neutral.

Hart, a retired Postal Service worker who is married to his middle school sweetheart, received his new personalized plate a few weeks ago.

“Groups such as ours have to put in a lot of work to ensure the constitutional rights of ordinary folks,” FFRF co-president Annie Laurie Gaylor said in a statement. “We truly appreciate that the court recognizes this.”