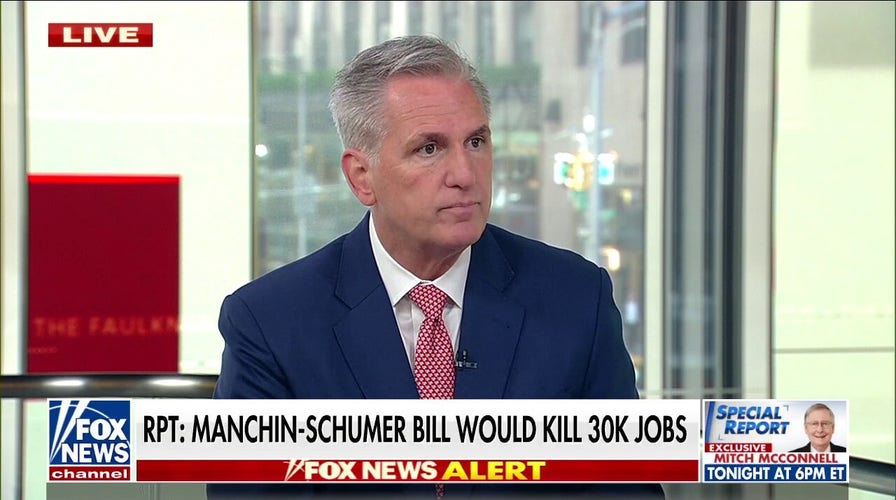 House Minority Leader Kevin McCarthy joined ‘The Faulkner Focus’ to discuss the impact of the Manchin-Schumer spending bill, warning it will worsen inflation as Americans endure a recession.

House Minority Leader Kevin McCarthy slammed the Democrats’ spending bill, warning it will worsen inflation as Americans are already battling a recession. McCarthy joined “The Faulkner Focus” Wednesday to discuss how the Democrats have created a series of “problems” that they have “no plan to solve.”

KEVIN MCCARTHY: So the worst part about this, they created all these problems. They have no plan to fix it, and this bill itself [is] killing 30,000 jobs. But you know who they will hire? 87,000 new IRS agents to go after you and audit you. They’ll raise inflation higher. They’ll spend more money, which brought us into this problem. They have no plan to solve all the problems they created. That’s why this November is so important. 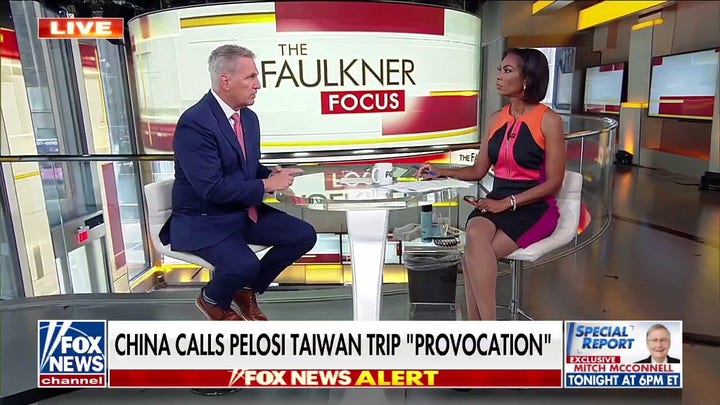