‘Fox & Friends’ co-host Brian Kilmeade pressed White House National Security Council strategic communications coordinator John Kirby on his assertion that Afghanistan may no longer be a safe haven for terrorists following al Qaeda leader Ayman al-Zawahri’s death in a U.S. strike. Kilmeade argued al Qaeda members would be hiding in caves along the Pakistan border, rather than on display in Kabul, if they truly feared for their safety.

JOHN KIRBY: The fact that we were able to take out Mr. Zawahri in downtown Kabul without a scratch to anybody else, sends a pretty powerful signal to the Taliban and anybody else who might harbor al Qaeda terrorists going forward. …  I don’t think that al Qaeda can look at what happened over the last 48 hours and feel like Afghanistan is going to be much of a safe haven for them. 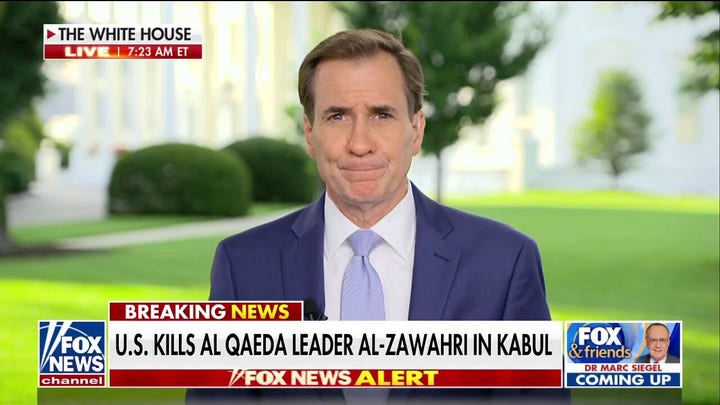