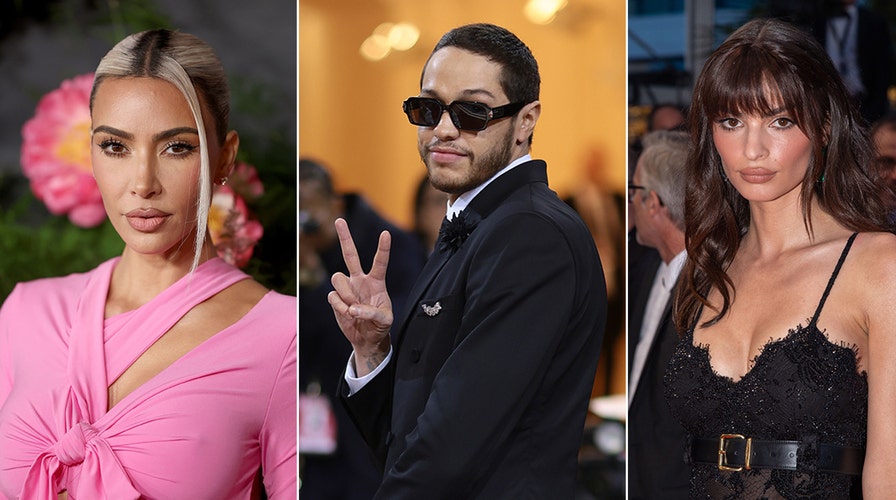 What Kate Beckinsale said about the Pete Davidson rumors

Kim Kardashian is leaving little to the imagination amid rumors Pete Davidson and Emily Ratajkowski are dating.

Kardashian, 42, took to Instagram Wednesday to promote her new Skims holiday collection. In the images, the reality television star showed some skin in a black rhinestone thong with a matching bralette. She also shared shots wearing the same rhinestone set in the color nude.

On Thursday morning, news of Davidson and Ratajkowski’s relationship picked up. Wednesday was the “Saturday Night Live” star’s 29th birthday, and he reportedly spent it with the model.

Fans on social media were quick to associate Kim’s recent Instagram posts to the news of Davidson moving on. Thursday morning, Kardashian shared throwback images of herself posing in front of a large bouquet of flowers that many are suspecting were gifted to her around her birthday at the end of October.

“When your ex-boyfriend moves on and you want people to think you did too… stars, they’re just like us!” one user commented.

“Even celebs use social media for sly digs,” another added.

Earlier this year, Kardashian confirmedDavidson had gotten her name brandedon his chest. Davidson sent fans into a tizzy in March when a selfie he sent to Kardashian’s estranged husband, Kanye West, appeared to show the name “Kim” inked on his chest. 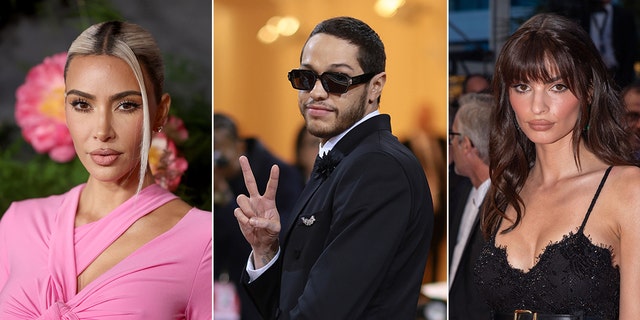 “He has a few tattoos, a few cute ones that he got [for me],”Kardashian told Ellen DeGeneres at the time. “But the ‘Kim’ one is not actually a tattoo. It’s a branding.”

In addition to the branding, the comedian also had a tattoo that said “My girl is a lawyer,” which Kardashian revealed was her favorite.

Davidson has been linked to several A-list stars in Hollywood throughout the years. The comedian made headlines in 2018 for his brief yet highly public engagement to pop singing sensationAriana Grande after a few weeks of dating. 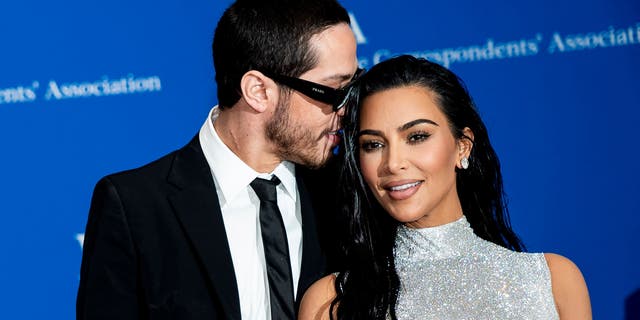 But the couple split after five months, leading Grande to create her Grammy-nominated breakup album, “thank u, next.” And Davidson moved on rather quickly to another celebrity, 49-year-old actress Kate Beckinsale.

After splitting from Beckinsale in April 2019, Davidson was linked to Margaret Qualley and model Kaia Gerber.

In 2021, Davidson and actressPhoebe Dynevorreportedly split after five months together just as Davidson started filming the rom-com “Meet Cute” with actress Kaley Cuoco and Dynevor started production on season 2 of her Netflix series, “Bridgerton.”