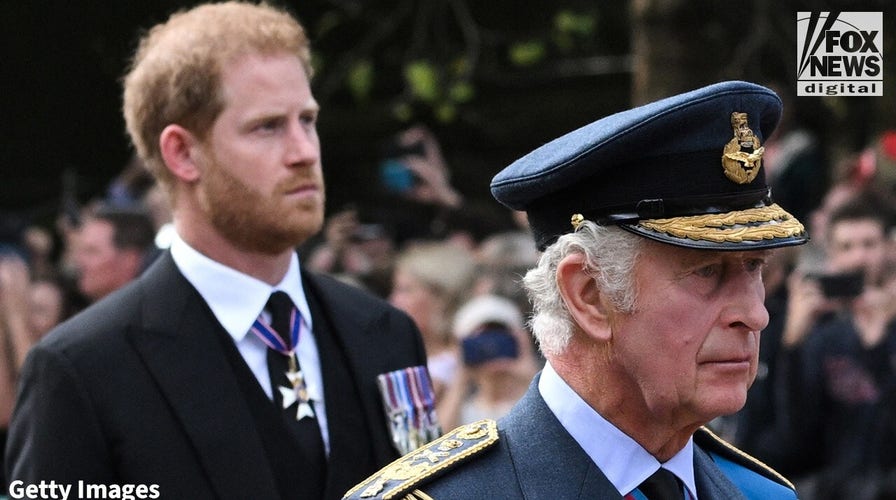 King Charles ‘devastated’ by his falling-out with Prince Harry and ‘hopeful’ for ‘a reconciliation’: author

Vanity Fair royal correspondent Katie Nicholl, author of "The New Royals," spoke to Fox News Digital about how King Charles III is coping amid his strained relationship with the Duke of Sussex.

King Charles “deeply regrets” making his sons, Prince William and Prince Harry, walk behind the coffin of their mother, Princess Diana, during her funeral.

“I think it haunts him because it haunts them, and they’ve spoken about it,” Andersen recently told Us Weekly. “I’ve written that I believe it’s a form of PTSD.”

Andersen noted that Harry, in particular, finds it “triggering” to fly into London sometimes. 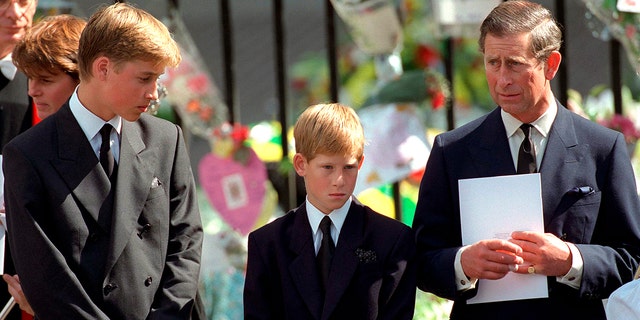 “[He said] it reminds him of that day when he had to walk behind the coffin, and they were more or less bullied into doing it by the palace – by the men in gray who really run the palace, the people that Diana used to complain about,” Andersen explained to the outlet.

“[Charles, Earl Spencer], Diana’s brother … has also said that he felt that he was tricked into doing it and regrets it. He said it was like walking through a tunnel of grief.”

William was 15 and Harry was 12 when their mother was killed in 1997 from injuries she sustained in a Paris car crash. She was 36. At the time, her vehicle was being chased by paparazzi.

“I think both William and Harry thought, ‘Who are these strangers who never met her?’” said Andersen. “So, they were angry about what had happened. And Charles, I think, understands that to some extent he was responsible for them having to suffer through [that].” 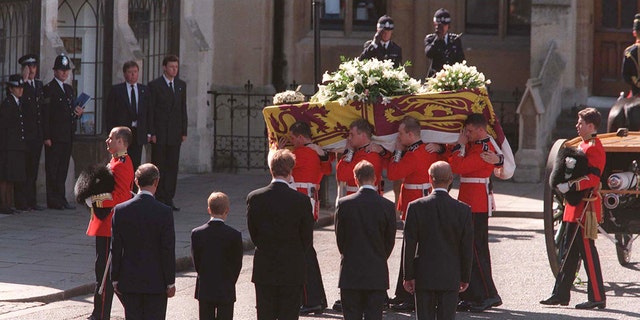 FILE – From right: Duke of Edinburgh, Prince William, Earl Spencer, Prince Harry and the Prince of Wales follow the coffin of Diana, Princess of Wales, at her funeral.
(Anwar Hussein/WireImage)

In 2017, Harry described to Newsweek how difficult it was for him to participate in the funeral procession.

“My mother had just died, and I had to walk a long way behind her coffin, surrounded by thousands of people watching me while millions more did on television,” the 38-year-old said at the time. “I don’t think any child should be asked to do that, under any circumstances. I don’t think it would happen today.”

On Oct. 27, Penguin Random House announced that Harry’s memoir, which is titled “Spare,” will be released on Jan. 10.

According to the publisher, Harry’s story will be told with “raw, unflinching honesty” and filled with “insight, revelation, self-examination, and hard-won wisdom about the eternal power of love over grief.”

PRINCE HARRY’S MEMOIR ‘SPARE’ CAN ‘BE A DANGER’ TO THE ROYAL FAMILY, EXPERT SAYS 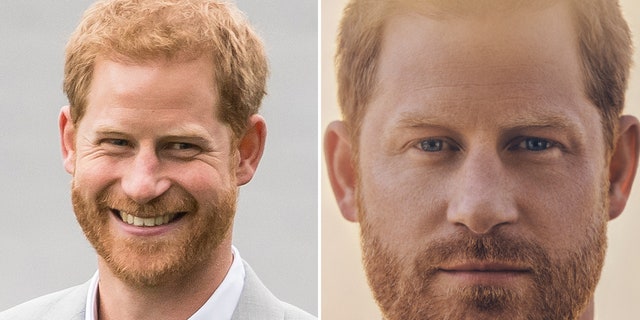 “As Diana, Princess of Wales, was laid to rest, billions wondered what the princes must be thinking and feeling — and how their lives would play out from that point on,” their statement read in part.

“For Harry, this is his story at last,” it added.

The Duke of Sussex and his wife, Meghan Markle, stepped back from royal duties in 2020 and moved to the U.S. Harry told talk-show icon Oprah Winfrey that his family cut him off financially, his father had stopped taking his phone calls, and that Harry helped pay for his own security with money left to him by his mother. The Duke and Duchess of Sussex have launched numerous initiatives, including a Netflix production deal and the nonprofit Archewell Foundation.