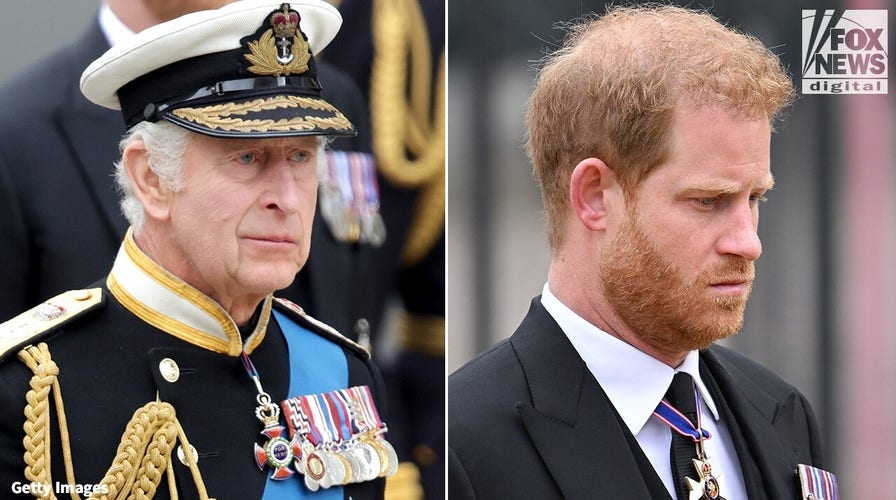 Christopher Andersen, author of "The King," spoke to Fox News Digital about how the Duke of Sussex’s upcoming memoir will impact the British royal family.

On Friday, the monarch and his wife, Camilla, Queen Consort, visited Wrexham Association Football Club in Wrexham, North Wales. The royals were in town to learn more about the redevelopment of the club, which the “Deadpool” star and fellow actor Rob McElhenney purchased in 2021.

The royals received a warm welcome at the Racecourse Ground Stadium before walking through the Player’s Tunnel. Afterward, they met with Wrexham executives Fleur Robinson and Humphrey Kerr. The pair were then personally escorted by Reynolds, 46, and McElhenney, 45.

The American stars bought the Welsh soccer club in hopes of taking the “historic yet struggling” fifth-tier team to the next level, FX reported. The move inspired the Hulu docuseries “Welcome to Wrexham” in August. 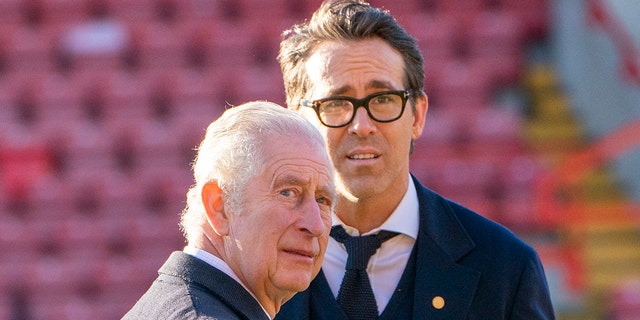 The team, established in 1864, is the oldest football club in Wales and the third-oldest international stadium in the world that still hosts international games, People magazine reported.

When the stars were asked whether they had seen Netflix’s bombshell docuseries “Harry & Meghan,” McElhenney, 45, joked, “I’ve never heard of it,” The Telegraph reported. Reynolds, 46, said he hadn’t seen it either.

“I’ve not seen it,” said Reynolds. “As a Canadian, and I’m sure Rob will speak as an American, we are not steeped in the culture as one would be growing up in the UK.”

On Thursday, the streaming giant launched the first three episodes of “Harry & Meghan.” It chronicles the Duke and Duchess of Sussex’s estrangement from the royal family, and it chastises the British media, as well as the societal racism they believe has fueled the outrage over their relationship. The episodes dissect the symbiotic relationship between the tabloids and the royal family while examining the history of race across the British Empire, and how it persists. 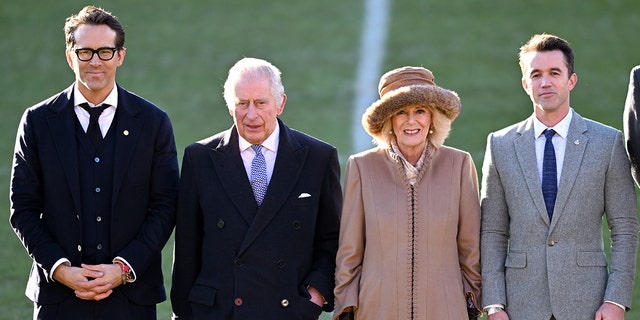 The docuseries features new interviews with the couple, as well as their friends and experts, on race and the media.

The media’s treatment of the former American actress, 41 — and what the couple felt was a lack of sympathy from royal institutions about the coverage — were at the heart of their complaints when they walked away from royal life almost three years ago and moved to Southern California. Lucrative contracts with Netflix and Spotify have helped them bankroll their new life in the wealthy enclave of Montecito.

Promoted with two dramatically edited trailers that hinted at a “war against Meghan,” the Netflix show is the couple’s latest effort to tell their story after a series of interviews, most notably a two-hour sit down in 2021 with Oprah Winfrey.

The series comes at a crucial moment for the monarchy. Charles is trying to show that the institution still has a role to play after the death of his mother, Queen Elizabeth II, whose personal popularity dampened criticism of the crown during her 70-year reign. Charles is making the case that the House of Windsor can help unite an increasingly diverse nation by using the early days of his reign to meet with many of the ethnic groups and faiths that make up modern Britain. 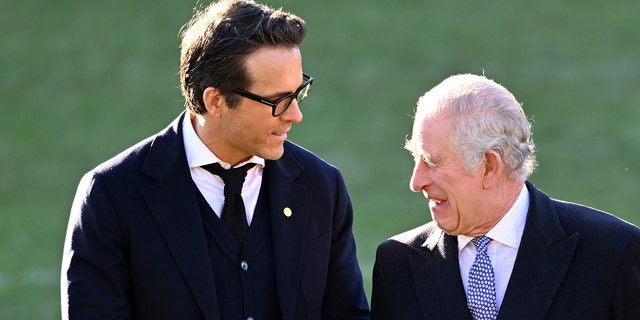 Harry’s 2018 marriage to the former “Suits” actress was once seen as a public relations coup for the royal family, boosting the monarchy’s effort to move into the 21st century by making it more representative of a multicultural nation. But the fairytale, which began with a star-studded ceremony at Windsor Castle, soon soured amid British media reports that Markle was self-centered and bullied her staff.

According to the couple, they initially tried to follow palace advice to remain silent about the press coverage as other members of the royal family said it was a rite of passage. But the duke and duchess said that they felt compelled to tell their story because there was something different about the way Meghan was treated.

“The difference here is the race element,” said Harry, 38.

The new series seeks to rebut that narrative in the three-hour-long episodes that were released. Three more are due on Dec. 15.

Charles was asked whether he had watched the series as he carried out an engagement on Thursday in London. He did not reply.