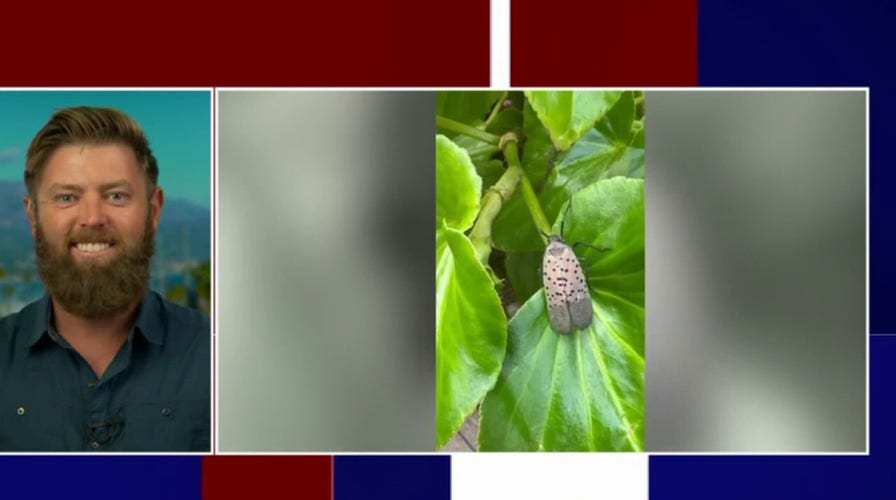 The invasive spotted lanternfly that has been popping up across the United States has been killing grapevines and destroying other crops, causing millions of dollars in damage to the U.S. agriculture industry, an expert told Fox News on Tuesday.

Forrest Galante, outdoor adventurer and expert on the inch-long, polka-dotted insect told “Tucker Carlson Tonight” that the lanternfly was first detected in an overseas shipment of rocks that arrived in Pennsylvania in 2014. The specimen, which is native to China, has since spread to 14 other states, including New Jersey, New York, Pennsylvania and Indiana, Rhode Island, Delaware, Maryland, Connecticut, Ohio, North Carolina and Virginia.

“It is…an absolute pest and it is attacking grapevines,” Galante said. “Since 2014, they’ve spread to over 14 different states. And they are causing millions of dollars of harm to the agricultural industry.”

The USDA National Invasive Species Information Center have warned that lanternflies pose a “serious economic threat to multiple U.S. industries.” The insect feeds on agricultural crops like grapes, apples and hops as well as maple, walnut and willow trees.

“They’re actually attacking grapes, particularly wine grapes,” Galante said. “They’ve caused something like $50 million in damage in Pennsylvania. And now there are statements saying that these flies are attacking all kinds of fruit, which the research seems a little bit mixed, but as far as how how big of a problem this is, it’s a problem as old as time, right? It’s humans and pests.”

Environmental agencies have called the pest a threat and urged those who stumble upon the insects to squash them and alert local officials.

Those who come across the invasive insects are being told to submit public reports using state websites – after first killing the pest.

“Kill it! Squash it, smash it … just get rid of it,” the Pennsylvania Department of Agriculture has stated.

New Jersey’s Department of Agriculture has similarly said, “If you see a Spotted Lanternfly, help us Stomp it Out.”