Lauren Sanchez choppers into NYC! Girlfriend of Amazon founder Jeff Bezos lands at private helipad in the Big Apple before whisked away in black SUV to meet the billionaire at hotel

Lauren Sanchez, 52, was spotted arriving in style at a New York City heliport on Tuesday.

The TV personality and girlfriend of billionaire Amazon founder Jeff Bezos, 58, stepped out of a bright red helicopter in the company of an unidentified woman.

The pair then made their way to a waiting SUV, which whisked them off to a hotel where Bezos’ car was seen too. 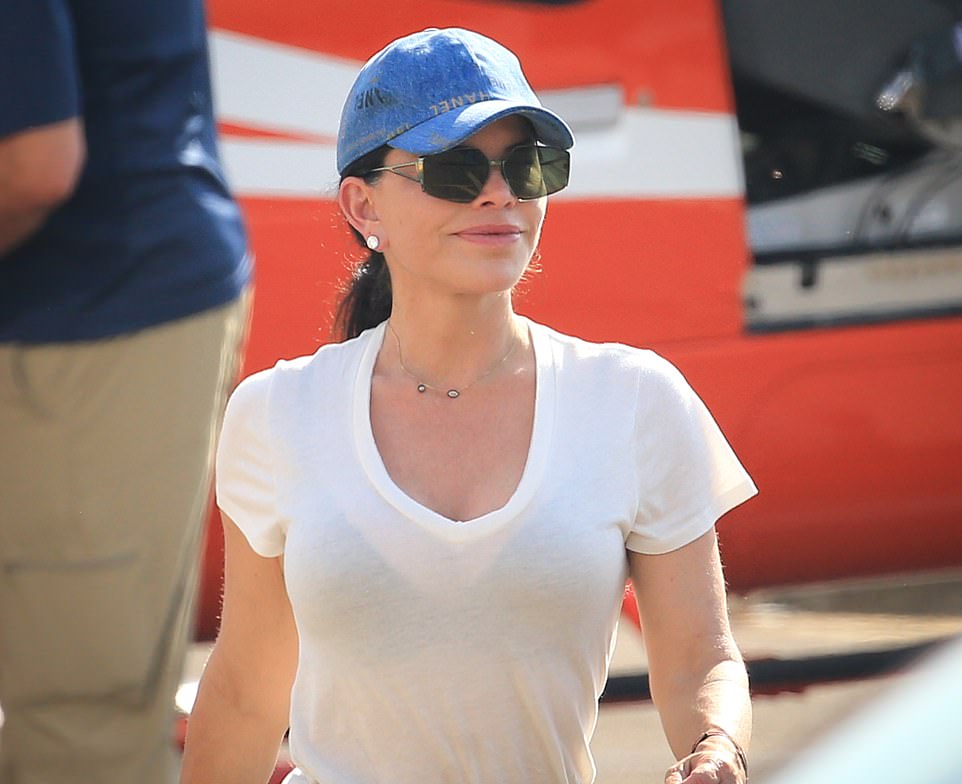 Lauren Sanchez, 52, was spotted arriving in New York City by helicopter on Tuesday in the company of an unidentified woman 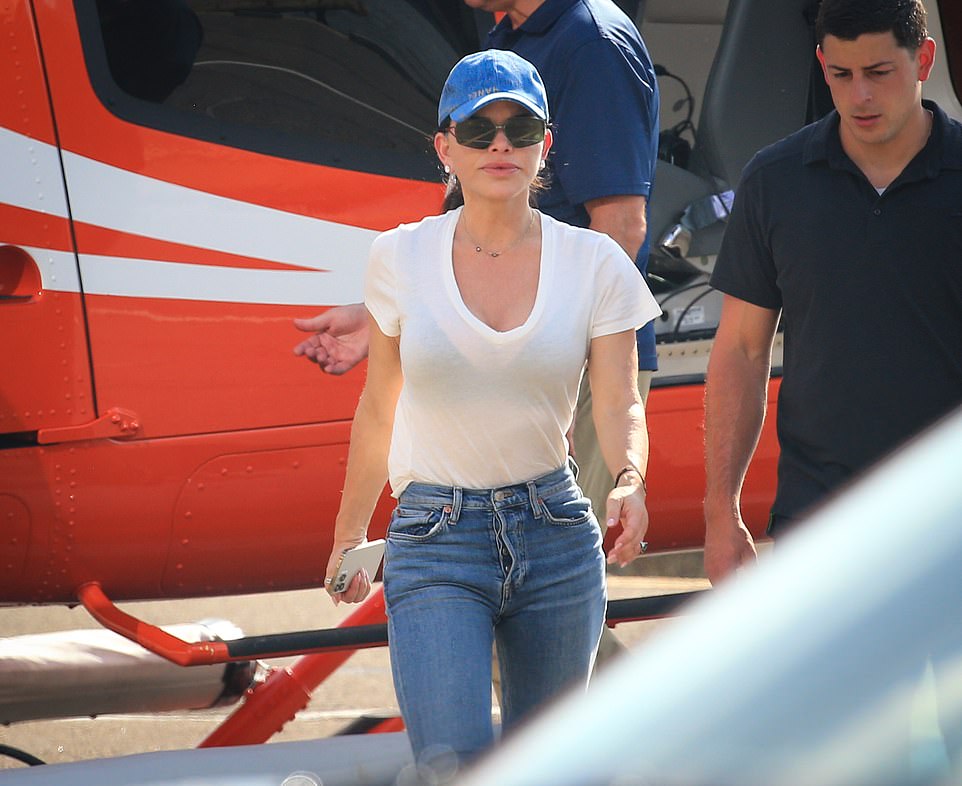 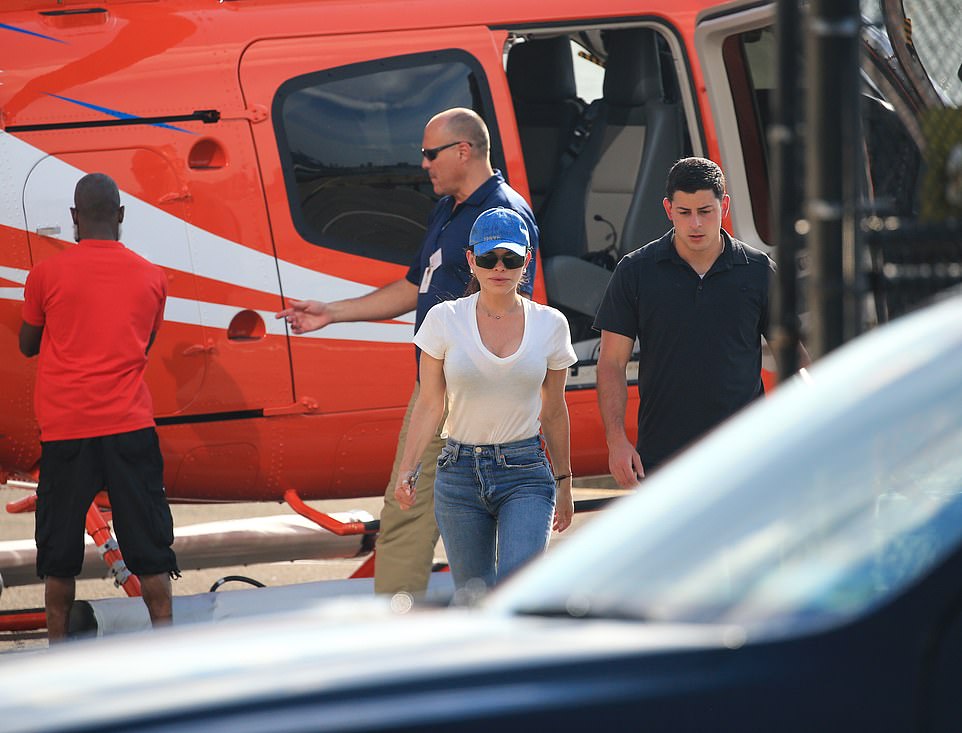 Sanchez wore a simple getup, sporting a pair of high-waisted blue jeans, with a plain white t-shirt tucked in the waist

Sanchez looked sharp in a pair of high-waisted blue jeans, with a low-cut plain white t-shirt tucked in perfectly at the waist.

She sported a blue baseball cap to match her jeans, a gold necklace, large round earrings, and black shades over her eyes.

Her jeans were perfectly frayed at the ankles, just above a pair of smart white sneakers.

She wore her long black hair in a ponytail, and clutched at her cellphone in one hand.

She also sported a grey zip-up hoodie over a white shirt, with a backpack slung over one shoulder and a Louis-Vuitton bag across her body. 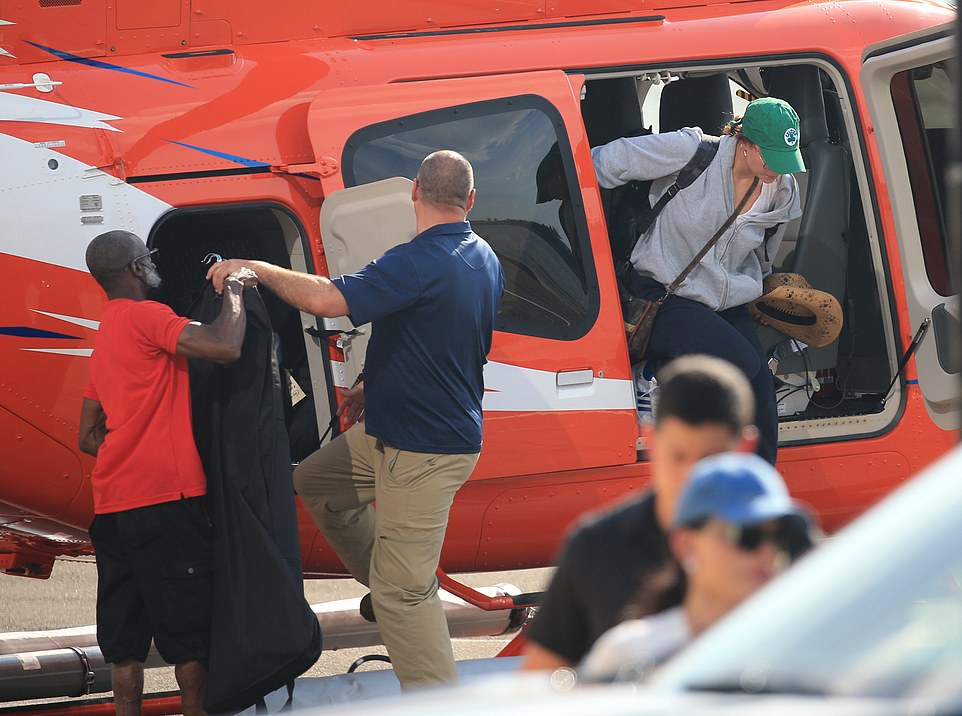 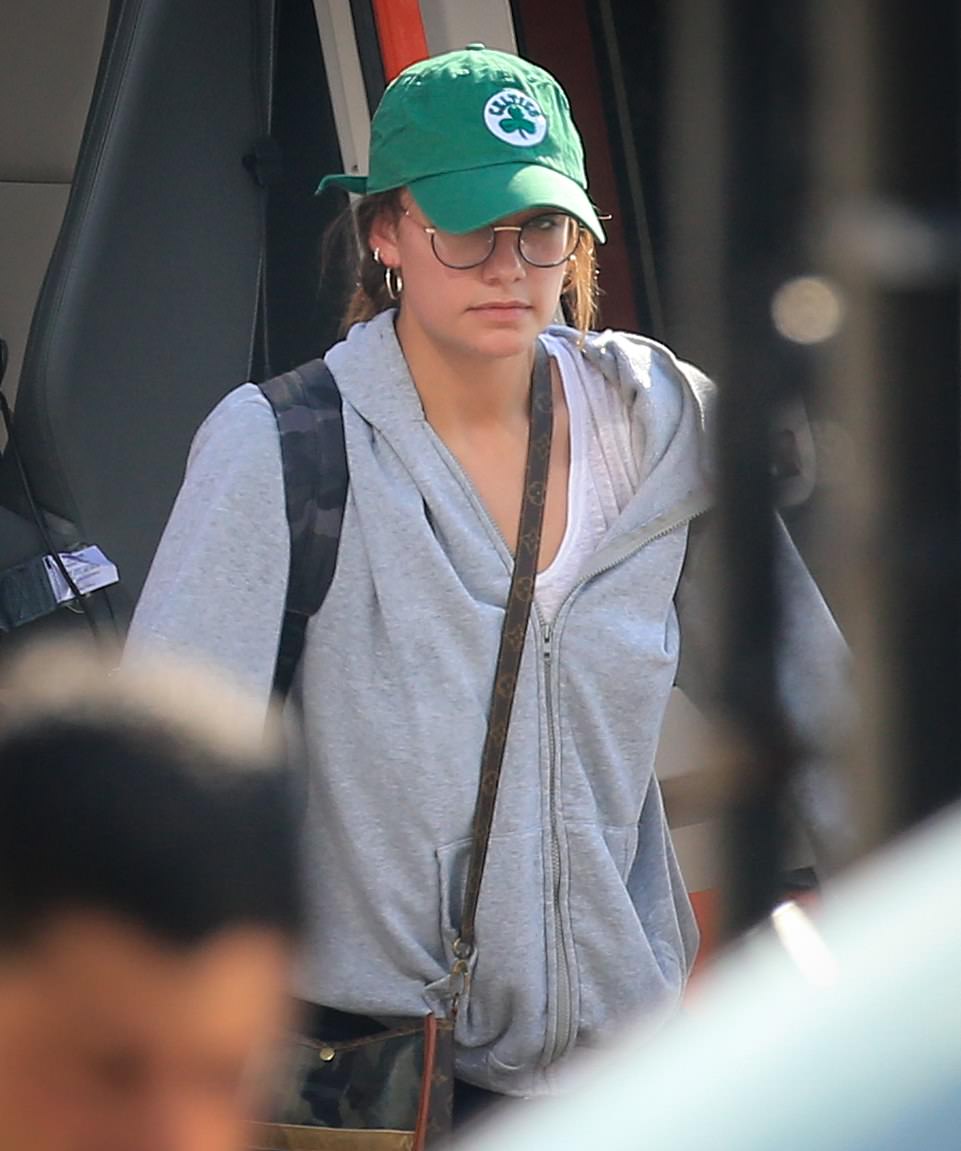 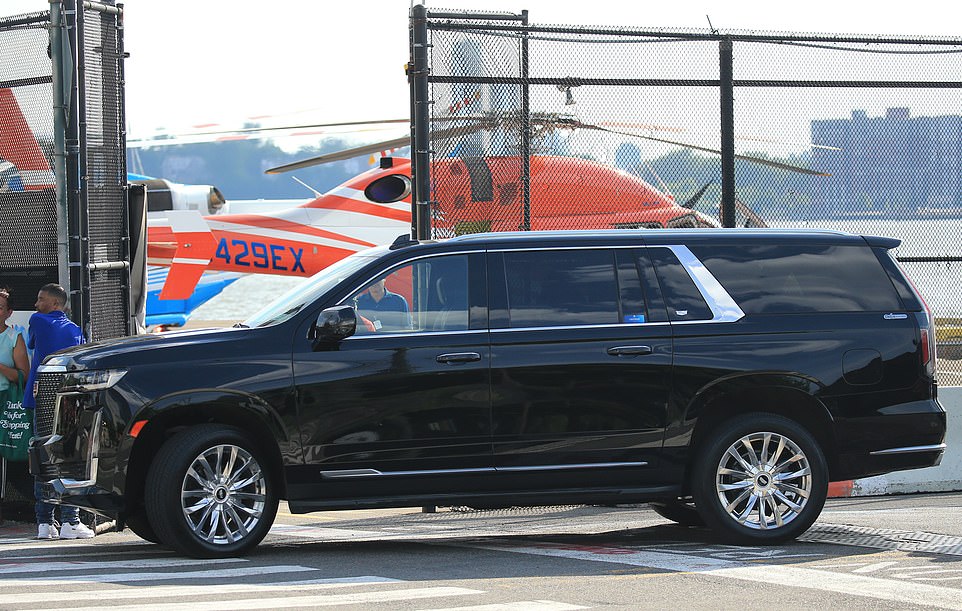 Sanchez stepped into this black SUV, which whisked her away across town to a hotel where Bezos’ car had also been seen 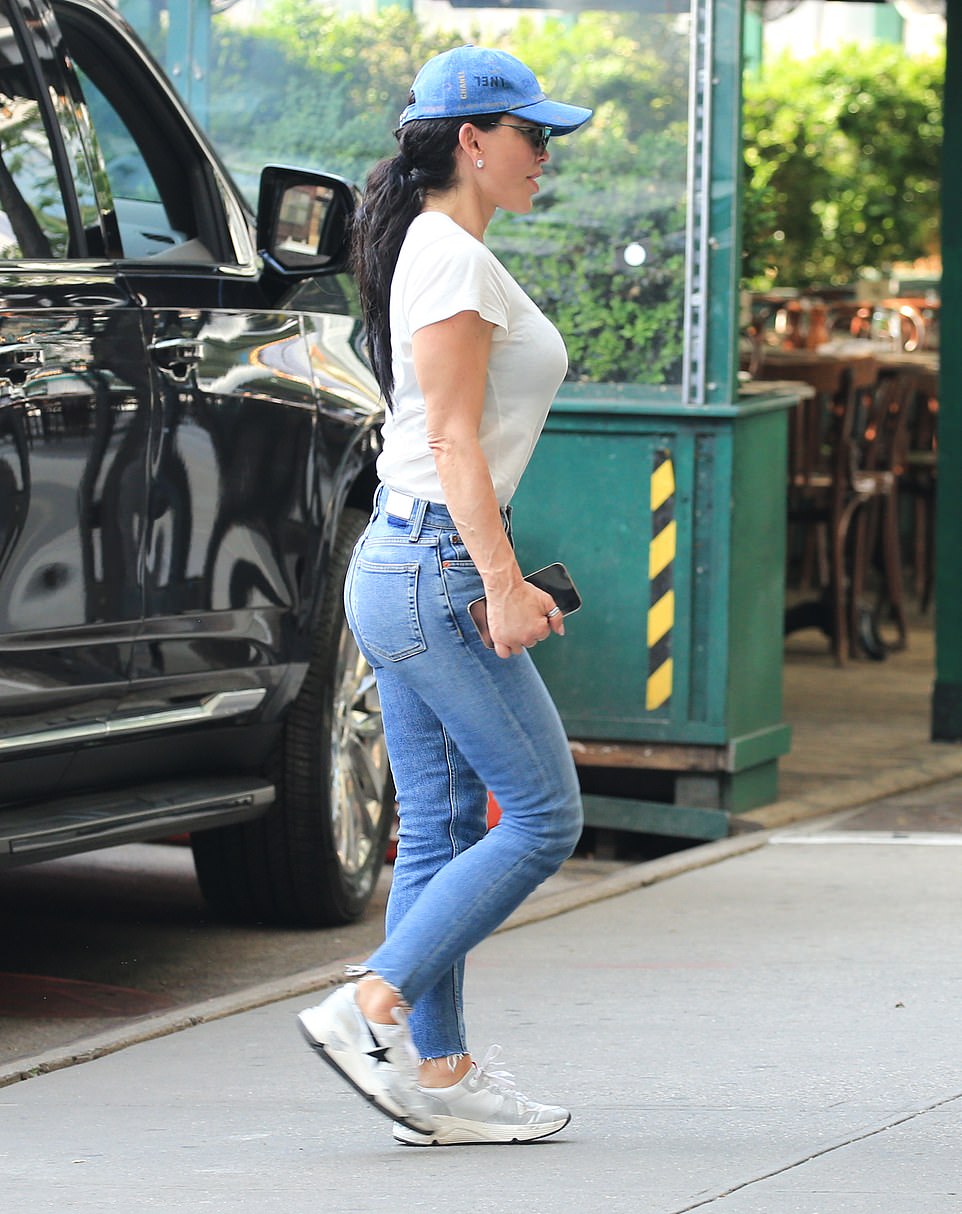 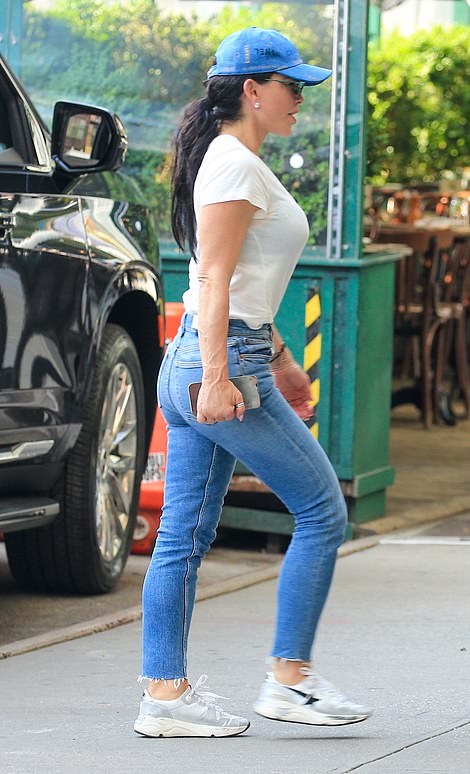 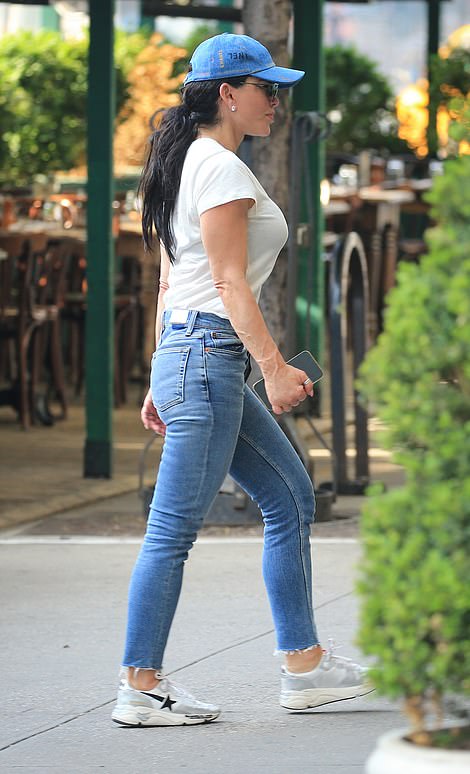 She sported a blue baseball cap to match her jeans, a gold necklace, large round earrings, and black shades over her eyes

Sanchez and Bezos were spotted at the Massachusetts Institute of Technology (MIT) commencement ceremony on Friday.

They were seen smiling, laughing, and shared a few cheek kisses while attending the graduation festivities.

Bezos’ son Preston, 22, may have been a graduate at Friday’s ceremony, however DailyMail.com was unable to confirm his enrollment at MIT. Bezos and Scott have kept Preston’s life, including his academic career, relatively out of the public eye.

The pair dressed in their best to watch stars including John Legend at the Robin Hood Benefit 2022 gala at the Jacob Javits Center, joining celebrities who raised more than $120 million for New Yorkers struggling with poverty.

Bezos raised $8million at the fundraising event by auctioning off a seat in his Blue Origin New Shephard rocket that will go to space. 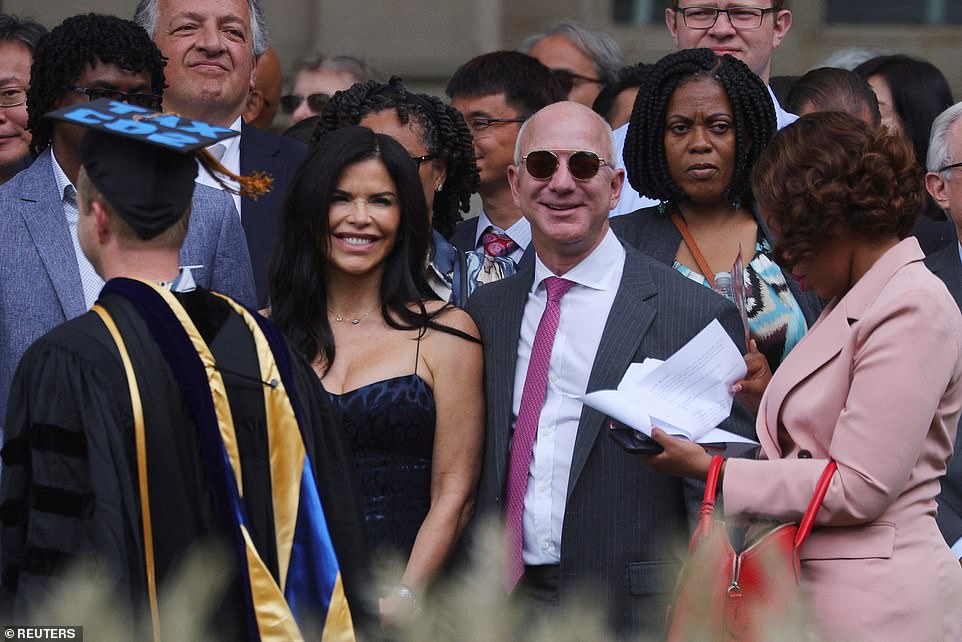 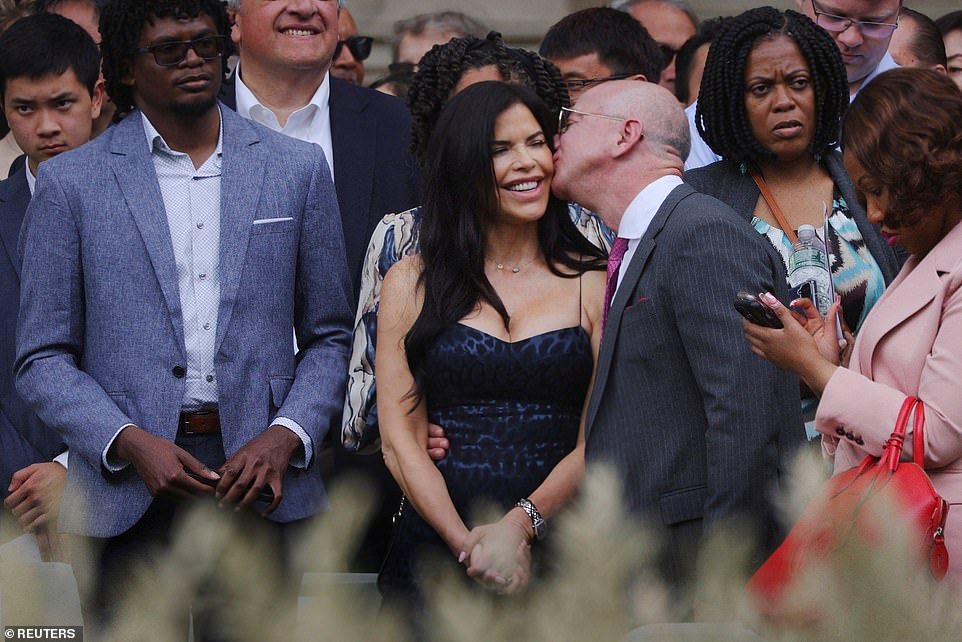 The Amazon founder and TV personality Lauren Sanchez were smiling, laughing, and shared a few cheek kisses while attending the festivities