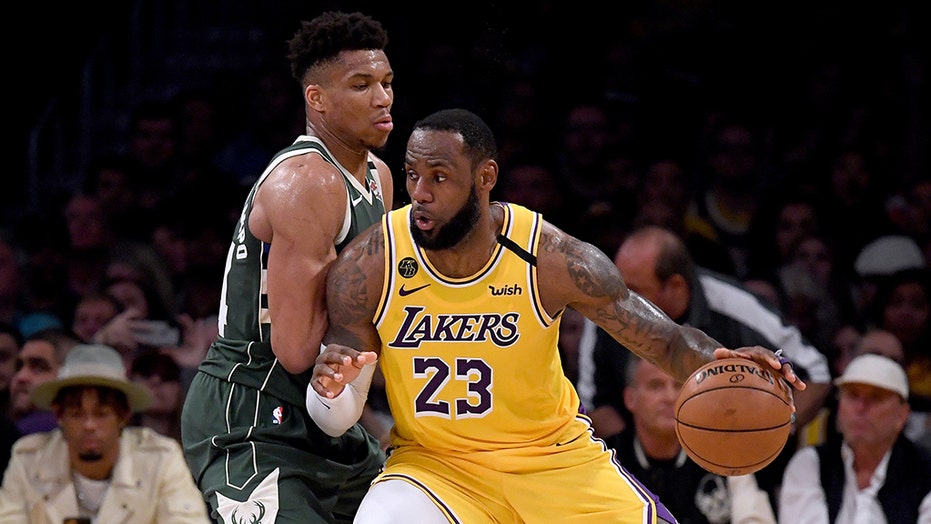 The Milwaukee Bucks led a strike during the NBA playoffs after the police shooting of Jacob Blake in Wisconsin during the summer.

While the NBA postponed the games, LeBron James was one of the players wondering what to do next. He discussed on a special "The Shop: Uninterrupted” on HBO Friday night what it was like going through that time.

CORONAVIRUS PANDEMIC 'WAS NOTHING' TO POTENTIAL NO. 1 NBA DRAFT PICK

“Milwaukee was playing Orlando that day and then I believe OKC and Houston for the next game and then our game was the last game I think it was just us verse Portland,” James said. “So when Milwaukee did what they did, and rightfully so, we understood that there was no way that none of us can go on the floor. We stand as a brotherhood. We are a brotherhood in our league and we stood with the Milwaukee Bucks and what they wanted to do.”

“But there was a time that we wanted to leave too, the Lakers and myself included,” he said. “We were ready to leave and we were trying to figure out if we leave or if we stay, what is our plan? What is our call to action? I am lucky enough to have a friend in the 44th president that allowed me and allowed [Chris Paul] to get on the phone with him and get guidance.”

Obama said on the show it was close to midnight when he was on a call with Paul, James, Carmelo Anthony and Russell Westbrook. Obama said he advised them to use their platform “to see if you can start asking for specifics” when it came to change they wanted to see. The former president added that he believes James is inspiring the young athletes in sports to do more when it comes to using their platforms.

“We love this country. It's the greatest country in the world. But we also want to see more love than hate,” he said. “There are a lot of things going on in the community and in our country that is being affected by hate. We know it won't change overnight or next year, or a year after that, but hopefully, in 50 years when my grandkids are walking around, they can say 'my papa was in that moment' when they see change.”