Gubernatorial candidate Rep. Lee Zeldin, R-N.Y., reacts to the teen who attacked NYC police officers being released without bail and how this will impact Americans’ view on crime.

The man who allegedly attacked a member of Congress at a campaign stop in New York was in court for a federal detention hearing on Thursday, where his lawyer divulged more information about the incident.

Jakubonis will remain in custody for now, Payson decided.

After initially being released without bail under the state’s lax criminal laws, he was arrested Saturday on federal charges of attacking a congressman with a dangerous weapon.

Zeldin was giving a speech about bail reform at a Veterans of Foreign Wars post in New York when the alleged attack happened. Jakubonis was tackled by AMVETS national Director Joe Chenelly, according to witnesses. 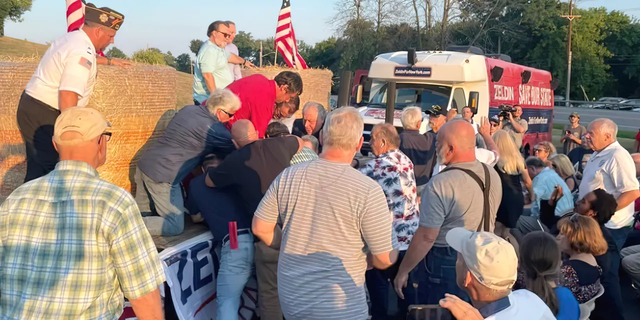 Rep.  Lee Zeldin stands on stage during his stump speech, before an alleged attack on him, in Fairport, New York. (Ian Winner/Handout via Reuters)

As Jakubonis “lunged” toward Lee, he could be heard saying, “You’re done,” several times, according to video. After several people assisted in taking down Jakubonis ,Zeldin got back on stage and continued his speech. Jakubonis claims he did not know who Zeldin was when he committed the assault, and told officers he had been drinking whiskey earlier in the day.

Jakubonis’ lawyer Steven Slawinski claimed in the Thursday hearing that his client has a drinking problem and was under the influence on the day of the attack. Jakubonis thought that Zeldin was mocking U.S. military veterans when he went on stage. Jakubonis reportedly served with the U.S. military in Iraq.

Slawinski claimed that Jakubonis was merely trying to grab the microphone from Zeldin, and that his statement of “You’re done” was that he wanted Zeldin to stop speaking.

Slawinski listed a variety of factors that he said overwhelmed his client with grief and confusion. He claimed Jakubonis had experienced trauma, including sexual abuse, the death of his wife and losing custody of his children. 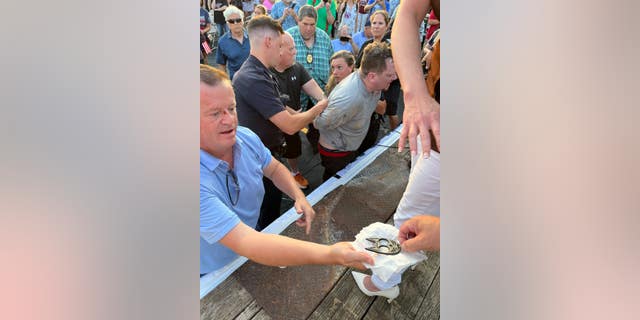 Federal prosecutor Sean Eldridge argued that Jakubonis needs to be held in detention for the safety of himself and the public, citing the video evidence and witness testimony.

Eldridge also pointed to Jakubonis’ two convictions for driving while intoxicated – one in 2006 and another in 2017.

“This conduct is very serious,” Eldridge said. “To characterize this as a close call is an understatement. Any way you slice it, it is problematic.”

The judge said she wants to review Jakubonis’ medical records, have a mental health evaluation done, view the videos of the incident, and know more about the weapon and possible treatment programs for him. She said she is very much disinclined to let him live by himself in an unstructured setting.

She says she is not going to release him back into the community as of now, as the case appears to be strong, and wants to know if there are sufficient supports in place. She said she’s concerned about family support, who would post bail if he was released, and that any conditions of release would have to be strict.

A status conference is scheduled for Aug. 24.