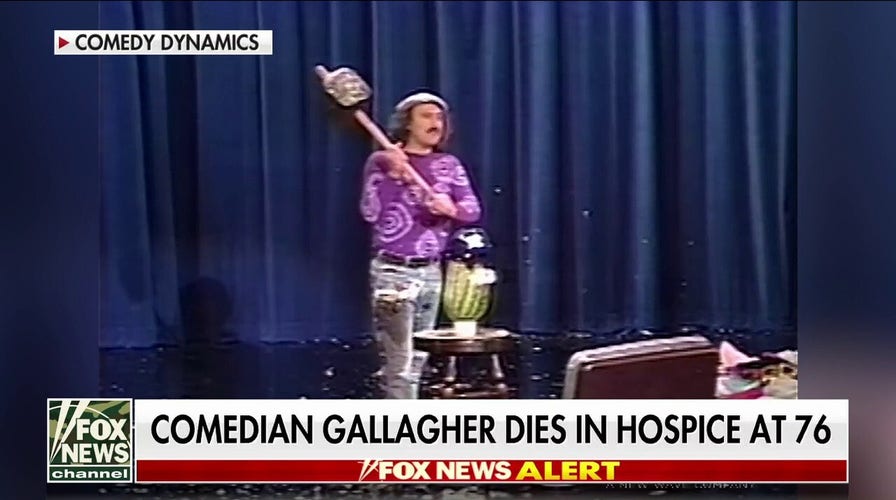 Gallagher, the famous comedian known for smashing watermelons, has died under hospice care in California.

The comedian Gallagher, best known for smashing watermelons with a sledgehammer, has died. He was 76.

His former longtime manager, Craig Marquardo, confirmed with Fox News Digital that he passed away surrounded by his loved ones in California.

“The legendary comedian known as Gallagher has died at the age of 76,” he shared in a statement.

GALLAGHER OUT OF COMA, TELLING JOKES

“After a short health battle, Gallagher, born Leo Gallagher, succumbed to his ailments and passed away surrounded by his family in Palm Springs, California. He had previously suffered numerous heart attacks, something he and David Letterman talked about on an appearance a few years back.” 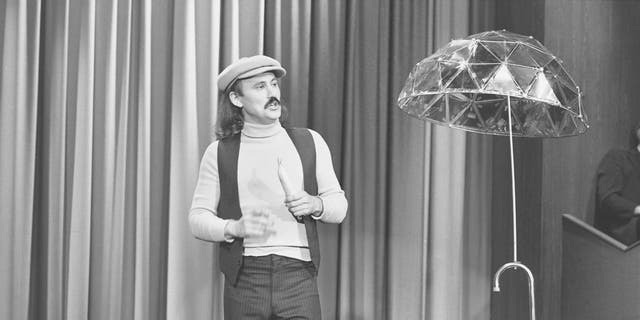 Gallagher’s rep stated that the comedian most likely held a record for the most stand-up dates, by attrition alone.
(Getty Images)

Gallagher became a household name in 1980 with his comedy special “An Uncensored Evening,” which was directed by Mike Nesmith of “The Monkees” fame. It was the first comedy stand-up special ever to air on cable television. He went on to do 12 more for Showtime over the next 27 years. Only George Carlin has done more. 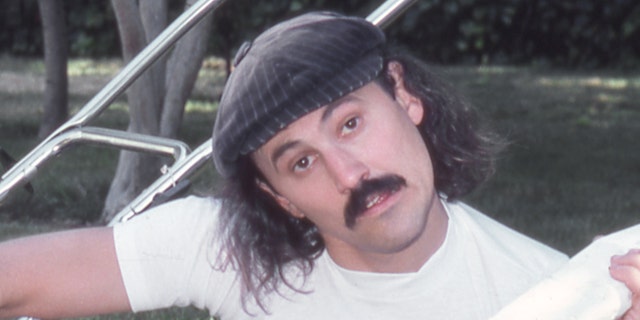 Gallagher toured frequently until the coronavirus pandemic hit, after which he spent time visiting his son, Barnaby, and his daughter, Aimee.
(Getty Images)

Gallagher rose to fame from a clever bit he did with a hand-made sledgehammer he dubbed the “Sledge-O-Matic,” at which the end of the bit he would smash food onstage and spray it into the audience.

Marquardo described Gallagher’s massive success, saying, “He was the #1 comedian in America for 15 years, with some of that due to the popularity of his stand-up specials airing on MTV in its early days, bringing him an entirely new audience.” 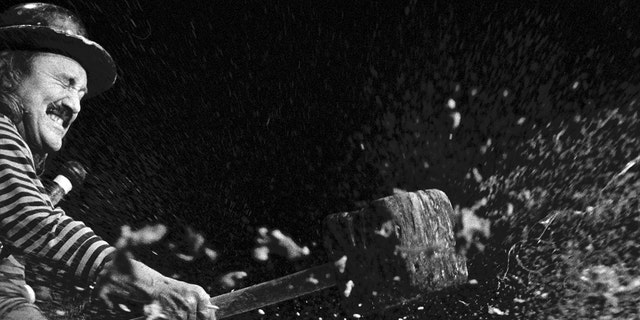 Gallagher used a mallet to smash fruits and vegetables during his "Sledge-O-Matic" routine.
(Getty Images)

For decades, Gallagher stayed on the road touring around America. His rep stated that he most likely held a record for the most stand-up dates.

Gallagher toured frequently until the coronavirus pandemic hit, after which he spent his time visiting his son, Barnaby, and his daughter Aimee, who had appeared with him on his specials when she was younger.

“Gallagher was known for his edgy style, brilliant wordplay and inventive props. In his later years, he did a long-running Geico commercial, appeared in his first movie (‘The Book of Daniel’), and launched a farewell tour. While Gallagher had his detractors, he was an undeniable talent and an American success story,” his former manager concluded in his statement.

In 2003, the comedian ran for governor of California as an independent.

“I did it in order to get publicity,” Gallagher said during an interview with the Vallejo Times Herald in 2019.

In his campaign, he vowed to sing the National Anthem in Spanish and to “clear Southern California freeways with the help of military helicopters,” according to the media outlet.

“I have insults for both sides,” he added.

In 2016, the comedian suffered through several health battles.

Gallagher had a heart attack at a Texas bar before going on stage for a performance in April of that year.

He was immediately hospitalized and doctors put him in a medically induced coma.

Gallagher previously suffered a minor heart attack after collapsing during a performance in Minnesota.

He is survived by his son, Barnaby, and daughter, Aimee.