An historic bust of President Abraham Lincoln is back on Cornell University’s campus after it was abruptly removed earlier this year.

A bust of Lincoln and a plaque of the Gettysburg Address were located in the university’s Kroch Library from 2013 until the spring of this year, when they were abruptly removed.

Wayne sounded the alarm on the missing Lincoln bust in June, telling The College Fix at the time that “someone complained, and it was gone.” 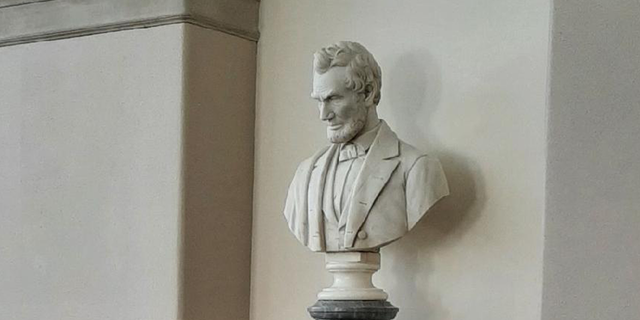 The school told Fox News Digital that same month the bust was removed because it was part of a “temporary exhibit” installed to celebrate the 150th anniversary of the Gettysburg Address in 2013, and was put into storage after the exhibit ended this year.

Just as quietly as the bust disappeared, it quietly returned this month, Wayne said – and to an even more noteworthy location. The historic bust, which is positioned on a pedestal to stand as tall as Lincoln’s towering 6′ 4″ height, Wayne explained, is now on display in the Uris Library, where it was originally exhibited in 1891. 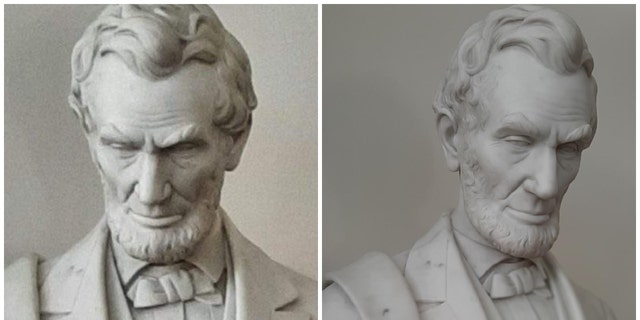 Wayne, who has previously described himself as a “squeaky wheel” on campus who doesn’t shy away from advocating for free speech and academic freedom, said he received many letters and emails from people across the country, and even the world, expressing concern over the removed Lincoln bust earlier this year. 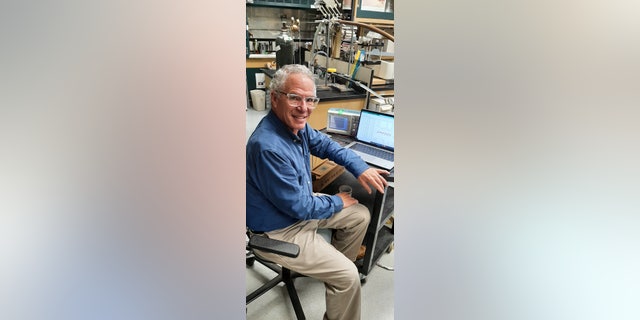 Wayne was the most vocal Cornell staff member when the Lincoln statue abruptly disappeared, but the professor credited a team effort for the statue being reinstated on campus. He pointed to the Cornell Free Speech Alliance of alumni, staff, students and others who joined him, as well as outlets such as The College Fix for first sounding the alarm on the removal.

“It has just been announced by the university that ‘Old Abe’ will be reinstated in a new and more prominent display at Uris Library. CONGRATS to CornellFSA supporters who made this happen!” the Cornell Free Speech Alliance proudly states at the top of its website as of mid-November.

The bust itself is steeped in history. Just ahead of Lincoln’s assassination in 1865, he agreed to sit for a teenage female sculptor named Vinnie Ream, who captured the 16th president’s “resolve” and the “weight of the war” that was etched on his face, according to Wayne. 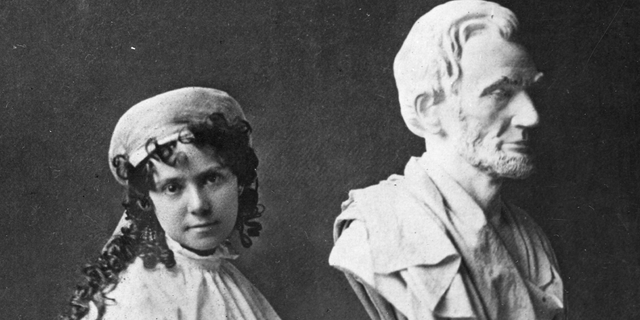 American sculptor Vinnie Ream (1847-1914) poses beside her bust of Abraham Lincoln. Created when she was only a teenager, she was both the first woman and the youngest artist to be commissioned by the U.S. government for a statue.
(PhotoQuest/Getty Images)

After Lincoln’s death, Ream became the youngest artist and first woman to ever be commissioned by the federal government for a statue: the Lincoln statue that is featured in the U.S. Capitol’s rotunda.

CHICAGO REVIEWING STATUES OF LINCOLN, WASHINGTON, OTHER US ICONS FOR POSSIBLE ‘ACTION’ 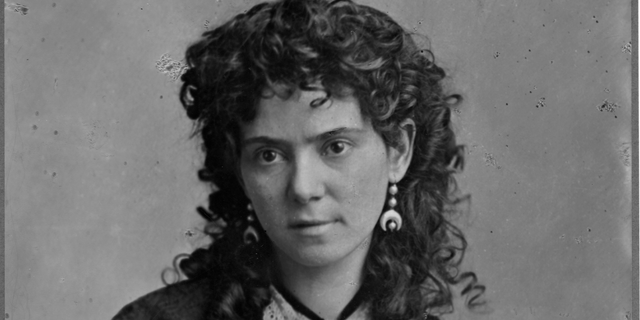 On Cornell’s campus, Wayne has relied on the statue as a portal for his students to go back into history and truly understand the weight and evils of slavery and the American figures who fought back.

STATUE OF ABRAHAM LINCOLN WITH KNEELING SLAVE REMOVED IN BOSTON

“[I take them to see] see the manacles and feel how heavy they are, and just to understand slavery isn’t something to just use as a talking point. It truly affected people… it’s something to take seriously,” he said.

Wayne previously told Fox News Digital that amid his battle to herald free speech and academic freedom on campus, he employs face-to-face conversations that are motivated by understanding and the “power of love.” He did not stray from that strategy while calling for Lincoln’s return, meeting with a library official and emailing school leaders. 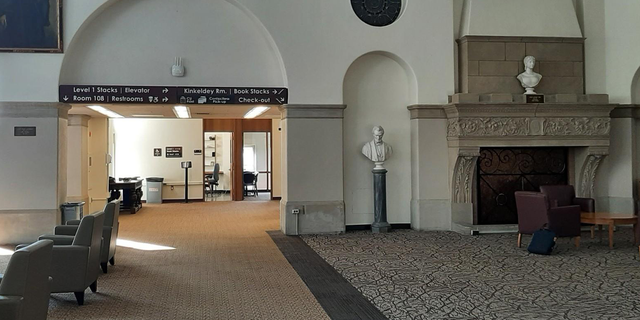 But successfully getting other statues and back to campuses and cities nationwide has a long road ahead. Wayne pointed to The College Fix’s “Cancel Culture Database,” which details statues of historical figures ranging from Walt Whitman to George Washington that faced destruction or were removed from prominent display since 2020.

“I’m hoping that Abraham Lincoln will be the first of many statues and busts that the alumni associations at each college can bring back,” he said.

He also explained that many people in academia are motivated to support diversity, equity and inclusion initiatives out of fear of being canceled themselves and are waiting for the current climate to change.

“A few percent are really authentic people that believe in” the diversity, equity and inclusion initiatives found at most campuses around the country. “But most of them are just petrified, and virtue signaling and playing the game, hoping it’s gonna end.”

Fox News Digital reached out to Cornell University for additional comment on Lincoln’s return and was provided with a statement previously given to the news outlet.

“TheLincolnbust, sculpted in marble by Vinnie Ream ca. 1864-1870, had been featured in a temporary exhibit commemorating the 150thanniversary of the Gettysburg Address.That exhibit ended in August 2021 and thebust was moved to storage. Subsequent questions about this curatorial decision inspired thoughtful conversation among library staff. I was moved by the outpouring of interest in this historic artifact and made plans to return thebustto public view,” ElaineL. Westbrooks, Carl A. Kroch University’s librarian said.

“Cornell proudly possesses an enviableLincolncollection, includingone of the five known copies of the Gettysburg Address inLincoln’s handwriting, and one of 14 manuscript copies of the 13th Amendment with the original signatures ofLincolnand members of Congress who voted for it. In addition to theLincolnbust, the university also owns and displays aLincolnstatue in Uris Library.”