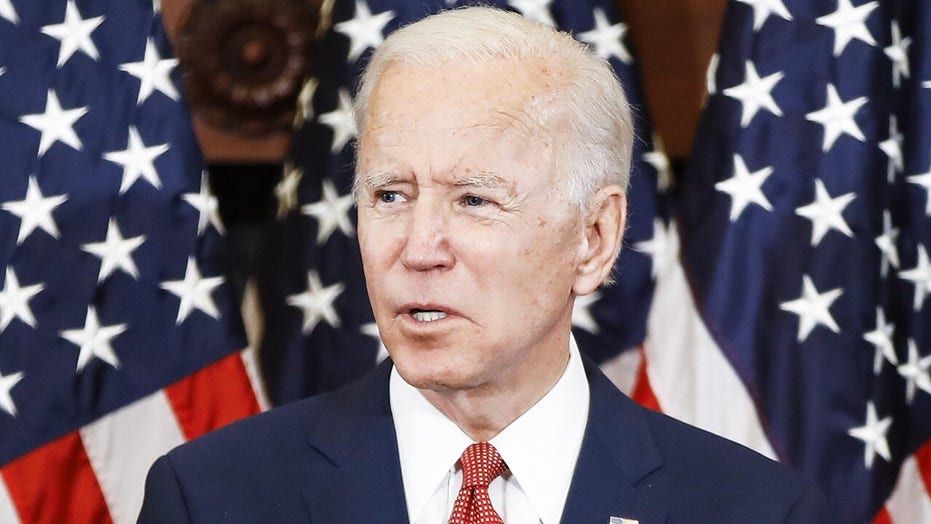 President Trump has promised to quell the violent attack on our country, and said: “Where there is no safety, there is no future.” He is correct.

Never before in our country’s history have our elected officials – officials who have taken an oath to uphold our laws and pledged to keep us safe – stood aside and let rioters destroy our communities. It is unconscionable, it is reckless and it will be very, very costly to repair.

In a “virtual roundtable” with several Democrat mayors of cities under siege, Joe Biden said he believed the terrible death of George Floyd, captured on a video seen by millions, was a turning point for the nation. “The blinders have been taken off”, the presumptive Democrat nominee said, “People are ready for real institutional change.”

The former vice president, somewhat scrambled by his habitual word salad, appeared to suggest that tackling “systemic racism” would require that, among other things, minority communities be given better access to capital with which to start businesses; further on in his comments he stressed the importance of small businesses.

Yes, investment in minority communities is essential to their prosperity; it is also impossible without firm law enforcement. History tells us so.

That’s why the tragedy is not that luxury stores on Rodeo Drive or Madison Avenue are being vandalized and Louis Vuitton handbags carried off by greedy criminals, though those acts are despicable. The tragedy is that poor black neighborhoods, already ravaged by COVID-19, have been ransacked, destroying stores, livelihoods and dreams.

The former can and will be rebuilt; the latter may never recover.

A look back at Ferguson, Mo., where riots broke out in 2014 because of the fatal cop shooting of Michael Brown, suggests just how tough rebuilding can be. The Wall Street Journal reported last summer on the fifth anniversary of those protests that unemployment in the St. Louis suburb was 5.5 percent compared to 3.3 percent in St. Louis County, while the poverty rate was 23 percent, compared to 10 percent in the region.

Crime in the city is higher than in most neighboring towns and worse than in 90 percent of other U.S. cities.

Small-business revenue in the community, five years out, was down by roughly 50 percent.

And that is in spite of considerable new investment in Ferguson.

A devastated block of West Florissant Avenue, where the unarmed teen was shot, now hosts a new $12 million Boys and Girls Club, and the Urban League built a job training center on another burned-out block. But the bulk of new investment has gone into wealthier white neighborhoods.

The Washington Post reported in 2018, “Of the more than $36 million in bricks-and-mortar development that poured into the city after 2014, only $2.4 million … has directly benefited this isolated [poor] pocket of Ferguson …”

Nobody will invest in neighborhoods, or cities for that matter, unless local authorities can guarantee protection from the kind of wanton destruction we have seen in recent days. And people will not move into those areas unless they feel safe.

The Post claimed this was the result of a “corporate mindset willing to take on only so much risk.” Yes, investors will not build in a community still viewed as unsafe.

The Watts area of Los Angeles has a similar history. The 1965 riots that took place in that California neighborhood over six days claimed 34 lives, injured over 1,000 people and destroyed $40 million in property. The mostly black community is now mostly Hispanic, but the stats some 50 years later, stayed depressingly constant.

According to the Los Angeles Daily News, writing in 2015, “The median household income is about $28,700 versus $56,266 for L.A. County households … Less than half of Watts residents over 25 graduated from high school versus 76 percent in L.A. County. And while nearly 60 percent of the neighborhood’s population is eligible to be in the labor force, only half that is participating in it …”

Like Ferguson, Watts saw a sizable inflow of capital and building after the riots devastated the city. Numerous organizations, including Bank of America and Charles Drew University, invested in Watts, but “urban renewal did not materialize,” as one local authority noted.

Nobody will invest in neighborhoods, or cities for that matter, unless local authorities can guarantee protection from the kind of wanton destruction we have seen in recent days. And people will not move into those areas unless they feel safe.

The task ahead is momentous. Poor and rich neighborhoods across the country have been destroyed; the damage will cost billions of dollars to repair. This wreckage comes on top of the calamity of COVID-19, which had already pummeled economic activity and crushed job growth. Our cities, just recently thought to hold the future, could be in trouble.

Many have started to question the assumption that young people will inevitably choose urban living. That trend had been underway, denoted by data points like fewer college graduates learning to drive and sinking suburban real estate prices.

But now, young people are witnessing the downside of city living: because of the coronavirus, cities appear less healthy and the George Floyd riots have made them appear less safe. Mayors will inevitably raise taxes to plug deficits and to begin the clean-up, boosting the already high cost of living.

These are dangerous trends, which could bring cities to their knees overnight.

The hardship will not be evenly distributed. Most likely, the prosperous sections of Manhattan and Beverly Hills will be cleaned up within months.

But minority communities in Minneapolis or Los Angeles may never fully recover, and especially if the Democrat leaders in those cities continue to dumb down law enforcement and refuse to guarantee safety.

Joe Biden never mentioned how he would restore order. He cannot. He desperately needs the support of African-American voters, and is tainted by his association with the 1994 Crime Bill, which many see as having resulted in the mass incarceration of blacks.

If elected, Biden would not help create the environment where small firms can flourish and opportunity can grow. Joe Biden would be exactly the wrong person at the helm.