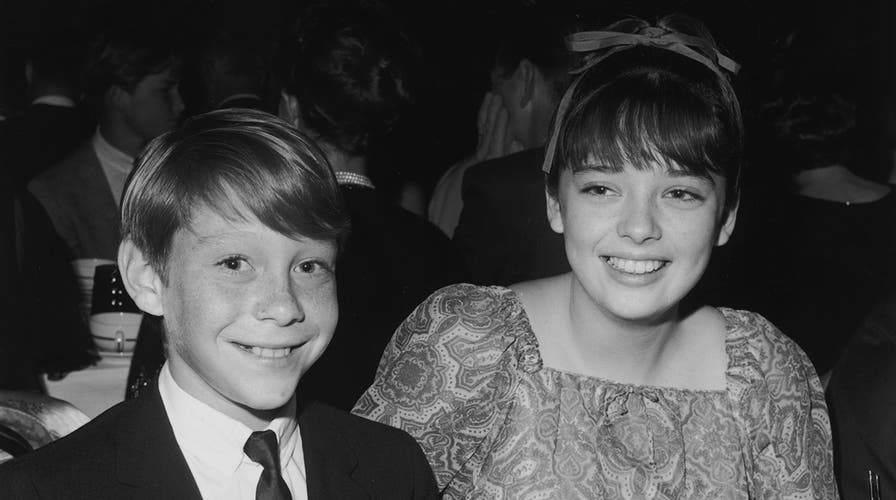 Bill Mumy calls his start in Hollywood “my lucky break.”

The former child star, who appeared in the ‘60s series “Lost in Space,” has recently written a memoir titled “Danger, Will Robinson: The Full Mumy.” In it, he details his rise to stardom and the numerous encounters he had with TV and film icons along the way.

The actor told Fox News Digital his career turned out to be a happy accident.

“I was born and raised in West Los Angeles on a perfectly great little cul-de-sac with kids my age at every house – it was the ‘50s,” said the 68-year-old. “I was obsessed with Zorro and Superman. Funny enough Guy Williams, who played Zorro on TV, went on to play my dad.” 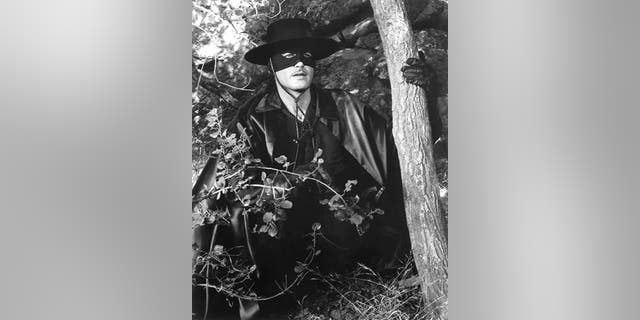 “But I’m 4 years old and I’m playing Zorro,” he continued. “I leaped off our housekeeper’s bed. I landed on my toy Winchester rifle, which is made of solid steel. I broke my leg in half. So for about 12 weeks, I was in a cast from my calf up to my hip. I couldn’t go outside and run around with my friends. All I could do was watch my favorite shows. And by the time that cast came off, I was passionately convinced that my destiny was to be like Zorro and Superman and appear on television.” 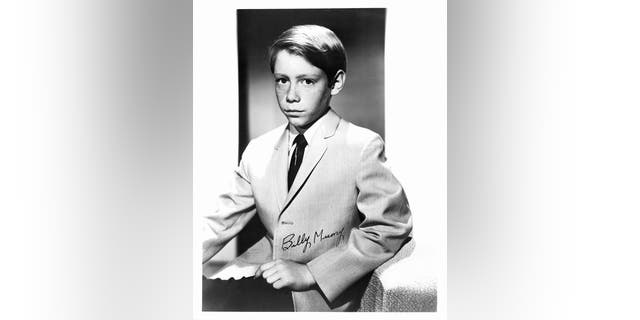 Bill Mumy convinced his parents to allow him to pursue acting.
(Getty Images)

Mumy noted that his parents were not “intimidated or impressed” by show business. His mother spent 11 years working as a secretary at 20th Century Fox. His grandfather was a successful agent who secured Boris Karloff an audition for 1931’s “Frankenstein,” a role that would forever change the actor’s life.

Still, he was determined to make his mark.

“I had red hair, I had all this energy and I really wanted to do it,” he laughed. “My mother wisely put me on a television show called ‘Romper Room,’ which is like a nursery school show. It doesn’t require a lot of acting, but she did that to see how I would behave under the lights with cameras in front of me. But you can’t escape your destiny. We got an agent and then we started working. And here we are.” 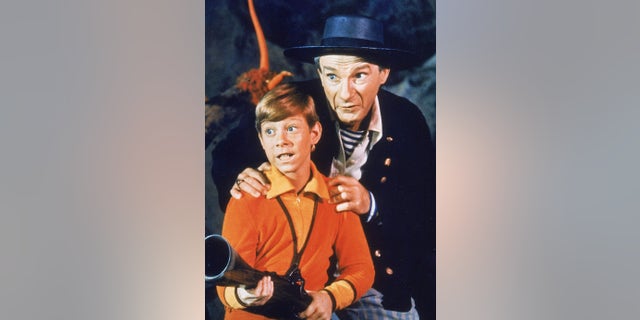 Actors Bill Mumy, left, and Jonathan Harris, right, filming "Lost in Space" circa 1966. The 87-year-old Harris, who portrayed Dr. Zachary Smith in the sci-fi show, died Nov. 3, 2002, of a blood clot in his heart. He was reportedly receiving therapy for a chronic back problem in a Los Angeles hospital when he died.
(Getty Images)

While Mumy has led a decades-long career, many fans remember him from “Lost in Space,” a sci-fi series about the Space Family Robinson. It starred Mumy as Will Robinson, as well as June Lockhart as Maureen Robinson, Mark Goddard as Maj. Don West, Jonathan Harris as Dr. Smith, Marta Kristen as Judy Robinson, Angela Cartwright as Penny Robinson and his Zorro idol Williams as Dr. John Robinson.

“I’m not trying to sugarcoat my life and I don’t sugarcoat it in the book at all, but Will Robinson was everything I wanted to be when I was 4,” Mumy explained. “He was like a superhero. And he helped get everybody out of trouble every week. I loved every day of going to work. And I loved all those people like family. I still do.” 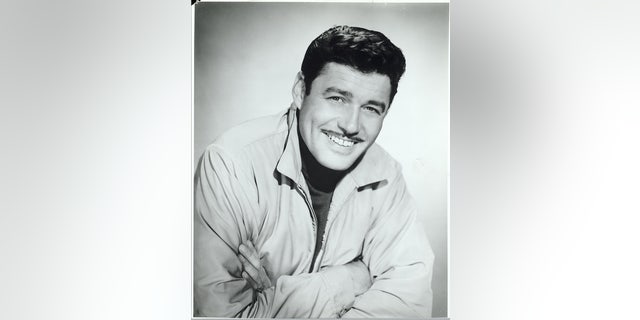 Bill Mumy said he did not see Guy Williams after "Lost in Space" ended. The actor passed away in 1989.
(Getty Images)

“It was really hard,” he recalled. “We wrapped up the third season and everyone was told, ‘See you in eight weeks.’ There was no wrap party. There was no big deal. And that was because we were coming back. It turned out there were so many reasons that I only learned 40 years later about what happened between the network and [creator] Irwin Allen. But the point is we didn’t come back. I still remember when my agent called and said, ‘The show was canceled.’ It was awful. I cried. I was 14. I have been with those people since I was 10. And it just didn’t end the way we would have wanted.”

‘LOST IN SPACE’ STAR MARTA KRISTEN RECALLS MOMENT SHE HEARD ‘60S SERIES WAS ENDING: ‘NO ONE REALLY KNEW WHY’ 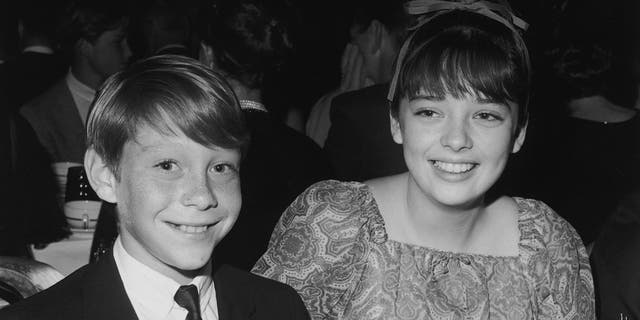 “Even though I understood the nature of this business, it was just very hard for me to accept,” he continued. “And I’m sorry it ended that way. I never saw Guy Williams again, and I didn’t see many of the other cast members for quite a few years. Slowly but surely we all reconnected. But at the time, it was pretty dramatic for me when the show disappeared the way it did. But that’s OK. There are worse things in life than your series being canceled.”

Williams passed away in 1989 at age 65. The remaining cast reunited in 1995 for the 30th anniversary of the show at a collectors’ expo.

As Mumy grew older, he was able to still keep busy pursuing acting in Hollywood.

‘MUNSTERS’ STAR BUTCH PATRICK RECALLS HIT ’60S SERIES: ‘WE WERE ABLE TO GET AWAY WITH A LOT MORE’ 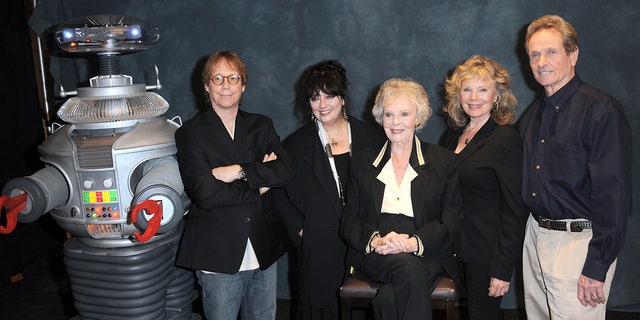 The cast of "Lost In Space" at The Hollywood Show held at The Westin Hotel LAX on Jan. 24, 2015, in Los Angeles.
(Photo by Albert L. Ortega/Getty Images)

“I’ve been very fortunate to work in so many areas of show business and be professionally rewarded for that,” he said. “But I will say it’s a hard thing to adjust to when millions of people watch you perform week after week and then one day nobody is paying any attention to you. I can see how that can be troubling. But you know, I just kept finding a slot to work in. I never suffered financially like many other child actors whose parents spend their money. My parents invested and they kept me humble.” 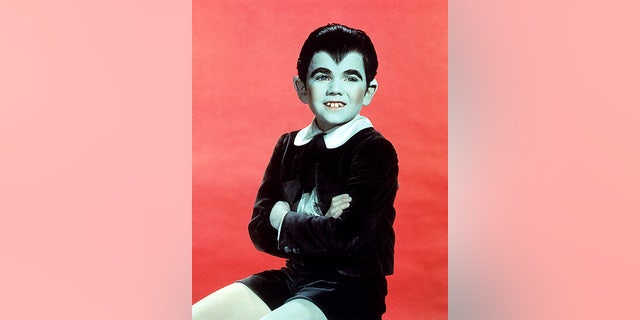 Bill Mumy said he was considered to play Eddie Munster in "The Munsters". The role eventually went to Butch Patrick.
(Photo by Silver Screen Collection/Getty Images)

Mumy said he and his parents were not afraid to say no to certain roles. In his book, Mumy claimed he was originally considered for the role of Eddie Munster in “The Munsters.” That role eventually went to Butch Patrick.

“I didn’t think that was the right vehicle for me,” said Mumy. “The whole concept of being a little werewolf and wearing all that makeup didn’t appeal to me. But I’m so glad Butch Patrick did it. I love him – he’s a great guy. It’s his legacy and he carries it with great honor. If I had accepted that gig, I would not have been able to play Will Robinson, which I was very happy to do. It all worked out.”