On Saturday, a 62-year-old man was found dead by the steps of Times Square in New York City.

Law enforcement were called to 1430 Broadway on the southeast corner of Broadway and 40th Street at 9:36 a.m. Police sources told the New York Post that there were no signs of trauma to the body and that authorities suspect the man was homeless. 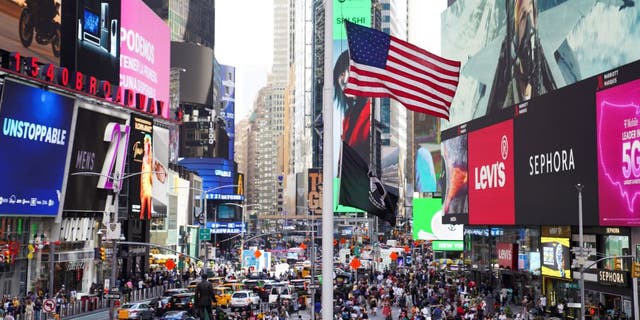 A U.S. flag is seen on Times Square in New York, the United States, June 2022.  (Wang Ying/Xinhua via Getty Images)

Sources say the deceased “had a cough” before he passed away. The man’s name has not been released, pending family notification.

Following the finding, police covered the unidentified corpse with a sheet and blocked off the area in front of the Duane Read pharmacy.