Manchin was ‘always in play’ for Democrats

Sen. Joe Manchin, D-W.Va., said Thursday that the $700 billion climate change and tax hike bill negotiated with Democrats would not contribute to inflation, citing the expertise of unnamed but trusted advisers.

Manchin told reporters he was compelled to support the bill after receiving assurances from individuals he trusted that it would not exacerbate rising prices.

“So people say, why didn’t you wait for the inflation figures?,” he said during a remote Zoom press conference since he is recovering from COVID-19. “Because I know I’m not adding to inflation.”

Sen. Joe Manchin, D-W.Va., told reporters he was compelled to support the bill after receiving assurances from individuals he trusted that it would not exacerbate rising prices.

Although unwilling to disclose who advised him the legislation was not inflationary, Manchin said they had long shared his concerns about inflation.

“I’ve had discussions with people that [have] been trusted, the same people that work with me on inflation,” he said. “It’s been a cross-section of really some good intended people … [who are] not self-serving.”

GOP LABELS MANCHIN BUDGET DEAL AS ‘OUT OF TOUCH, MOST RECKLESS’ TAX AND SPENDING SPREE

Manchin’s support comes after over a year of negotiations between Democrats over the size and scope of the spending bill.

Since the bill can only pass via a party-line process known as budget reconciliation, Manchin’s sign-off has been key within the 50-50 Senate.

Democrats faced that reality last year when Manchin refused to support an earlier $1.75 trillion version of the bill, dubbed “Build Back Better,” over fears that it would worsen inflation. 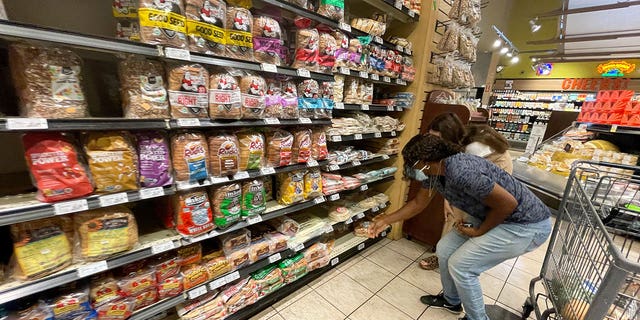 Earlier this month, the renewed negotiations appeared headed on the same path after Manchin requested the spending package be delayed until next month’s inflation numbers were public.

Manchin now says there is no reason to wait because the legislation would not add to inflation.

“I’m not adding,” he stressed to reporters Thursday.

An outline of the deal shared by Senate Democrats shows that it proposes to spend $433 billion over the next decade, while raising more than $739 billion in new revenue. The new money will largely come from a minimum 15% tax on corporations, strengthened IRS enforcement, and cost savings from allowing Medicare to negotiate the price of some prescription drugs.

More than $300 billion of the new revenue is slated to go towards deficit reduction. 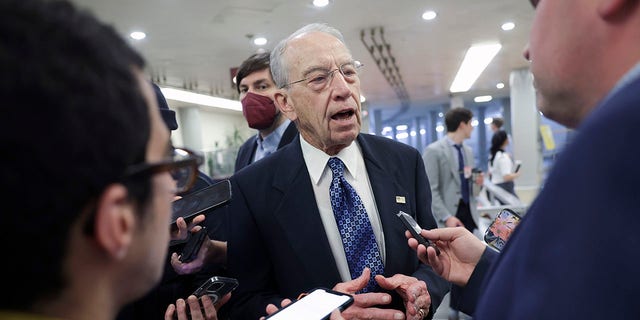 Sen. Charles Grassley, R-Iowa, speaks to the media as he arrives at the U.S. Capitol in Washington on April 25, 2022. ((Photo by Kevin Dietsch/Getty Images))

Republicans say that regardless of Manchin’s claims, the legislation is likely to make inflation worse, especially considering it proposes to raise taxes at a time when the economy is entering a recession.