Marc Maron reveals his director girlfriend Lynn Shelton, 54, died of acute myeloid leukemia as he speaks candidly about days leading up to her passing

Marc Maron has revealed his director girlfriend Lynn Shelton died of acute myeloid leukemia that caused her organs to fail.

Shelton, who directed hit shows including Mad Men, GLOW and Little Fires Everywhere, died May 16 at the age of just 54. Her death stunned the entertainment world and her cause of death was initially reported as ‘a blood disorder’.

However, in a heart-wrenching interview with The New York Times on Friday, Maron, 56, details the days leading up to Shelton’s passing, saying she came down with a sore throat just over a week before her death.

‘She had swollen glands in her throat on a Friday [May 8]. She went and got the Covid test immediately and it came back negative,’ Maron explained to the publication. 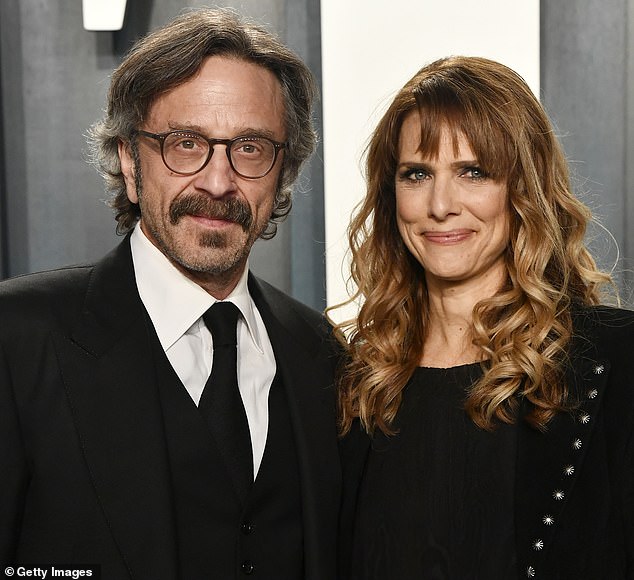 Marc Maron has revealed his director girlfriend Lynn Shelton died of acute myeloid leukemia that caused her organs to fail. Shelton, 56, passed away in hospital on May 16. The pair are pictured together at the Vanity Fair Oscar Party back in February

‘We got an online appointment with a physician. She started antibiotics on Saturday. Come Monday, she had a 104-point-something fever. On Wednesday she said her throat didn’t hurt anymore but the fever was relentless.’

By Friday, Shelton had scheduled an in-person doctor’s appointment, but Maron woke up to the sound of her collapsing.

‘I called the ambulance and she was dead within 18 hours,’ he emotionally stated.

Doctors later determined Shelton had acute myeloid leukemia  – an aggressive cancer that starts in the blood-forming cells of the bone marrow.

Maron spent time alone with Shelton’s body  after she had passed away.

‘It was the heaviest thing I’ve ever done. It was just devastating. I was blown out, totally traumatized. Totally heartbroken,’ he stated.

Maron and Shelton had been friends for five years, but only began dating in early 2019.

The comedian emotionally revealed he is learning to sit in his grief and has been crying every day. 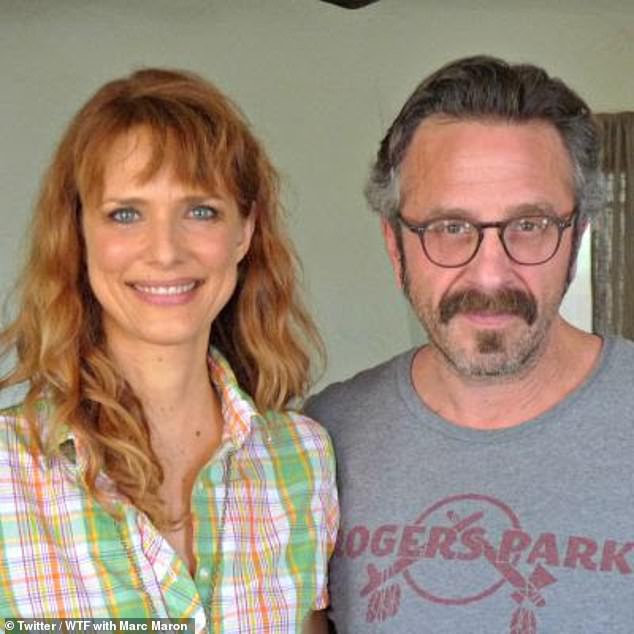 Maron and Shelton had been friends for five years, but only began dating in early 2019

Despite his staggering loss, Maron has continued to host his popular WTF podcast, where he has mentioned Shelton on multiple occasions.

Just two days after her death, Maron returned to work where he paid tribute to his partner.

‘I was so comfortable with this person, and I’m not really that comfortable emotionally or otherwise. But I was—I was able to exist in a state of self-acceptance because of her love for me,’ he stated.

‘No one’s got anything bad to say about Lynn Shelton, that’s for f**king sure.’ 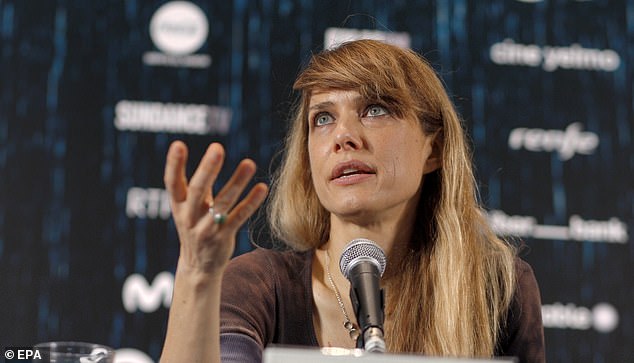 ‘No one’s got anything bad to say about Lynn Shelton, that’s for f**king sure,’ he said about her

She was also an accomplished television director, having helmed episodes for such celebrated series as The Morning Show, Mad Men, Glow, Fresh Off the Boat, Santa Clarita Diet, The Good Place and Master of None.

On Monday, she was honored with a posthumous Emmy nomination for her directorial work on the Hulu Series, Little Fires Everywhere.

The hit series stars Kerry Washington and Reese Witherspoon – both of whom paid tribute to Shelton following her passing.

Shelton is survived by her son Milo Seal, whom she shared with her ex-husband, actor and MTV VJ Kevin Seal. 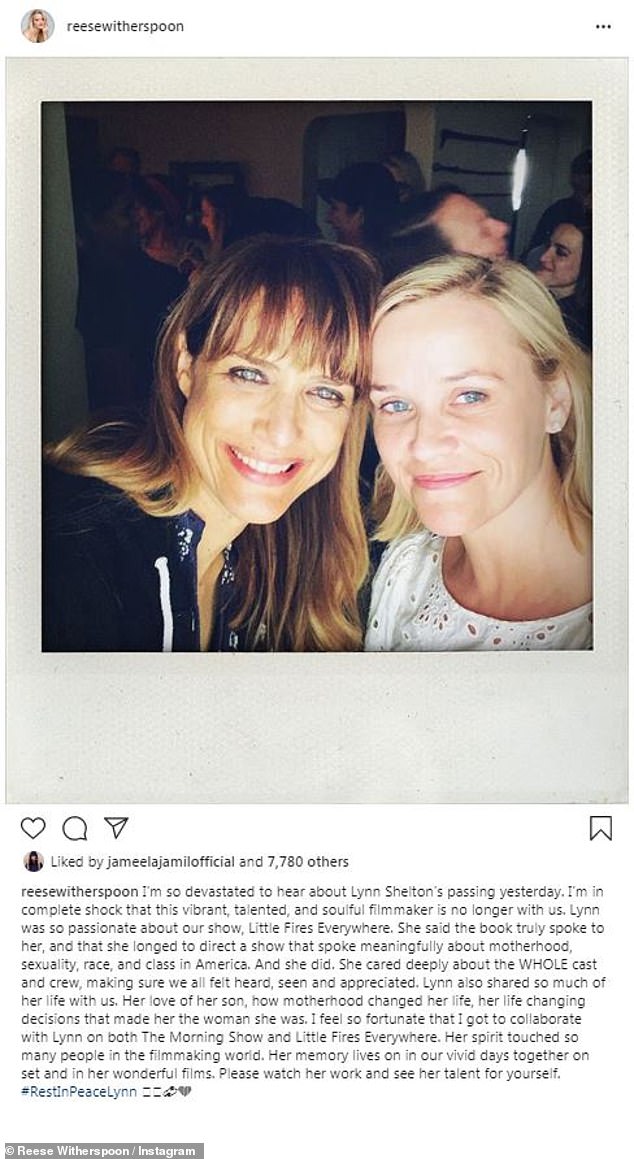 Little Fires Everywhere star Reese Witherspoon paid tribute to Shelton after her death. Shelton has now been nominated for her work on the hit Hulu show