Brandon Rumbaugh joined ‘Fox & Friends Weekend’ to discuss his journey to recovery and how the organization and working out have helped him on his journey.

One veteran is still fighting for America — and for himself.

Brandon Rumbaugh appeared on “Fox & Friends Weekend” on Sunday morning to share his story of staying fit after his military service — and after becoming a double amputee.

What’s clear is that his toughness and strength are continuing to keep him healthy in every way — something others can do as well, no matter their circumstances, especially with him and others as inspiration.

Rumbaugh lost both legs during his service in Afghanistan — he was actually at the hospital together with Johnny Joey Jones, Fox News contributor.

He said that the two of them have come so far in terms of their recovery and their fitness levels. That “makes me happy,” he said. 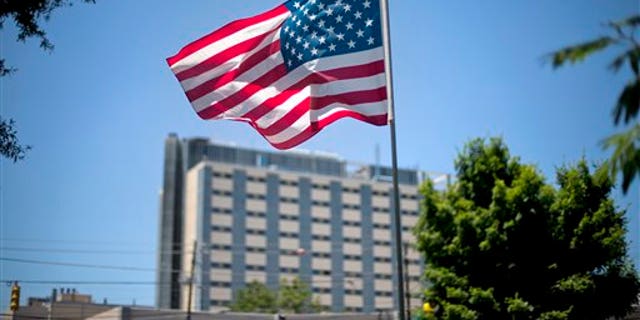 The Semper Fi and America’s Fund has helped over 28,000 veterans around the country since its beginnings.  (AP Photo/David Goldman, File)

CrossFit helped him with his journey to recovery, he said.

The Semper Fi & America’s Fund “was created by a compassionate group of military spouses,” its website says.

“Those same women run The Fund today, alongside other spouses and retired service members from all service branches.”

The group has helped over 28,000 veterans around the country, Rumbaugh emphasized.

“If you just put your mind to it and get in there and do it, we can accomplish anything.”

He said, “It’s crazy. There are vets [out there] today that don’t know about us” — and they need to, he said, so that they can get the help and support they deserve.

He said that going to the group’s website, TheFund.org, “is the easiest way to learn about us,” he said. Anyone can donate as well to help America’s vets.

“Being able to go to the gym and let out some of [the] frustration, some of that aggression … If you just put your mind to it and get in there and do it, we can accomplish anything,” he added. 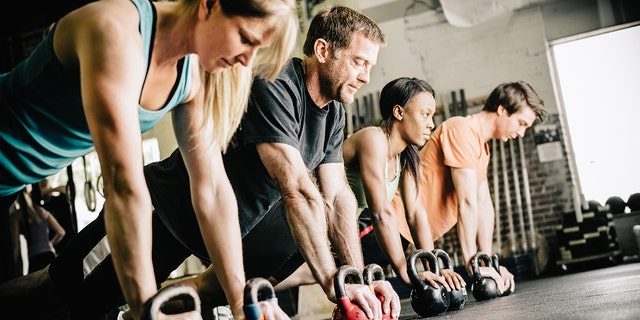 "Everything is circuit-based," noted Brandon Rumbaugh about CrossFit. "Not only are we working on muscles, we’re getting our cardio up and our breathing up as well." (iStock)

He then ran through some key presses with kettlebells with the “Fox & Friends Weekend” co-hosts on Sunday, July 31, 2022.

They worked not only on muscle development, but also on their abs.

“Everything is circuit-based,” he said about CrossFit.

“Not only are we working on muscles, we’re going to get our cardio up and our breathing up as well.”

He said the key is to “keep moving, keep that heart rate up,” he said.

“We served in the Marine Corps — we did our time,” he said.

“But now we’re serving our country, our people, in a different way — by showing people that we’re not out of the fight. We’re still here,” he said.

“These veterans around the country need support and help,” Rumbaugh also said.

“It’s all about movement,” he said, in terms of workouts and staying healthy.

“Supporting all branches of the U.S. Armed Forces, we provide one-on-one case management, connection and lifetime support. Today. Tomorrow. Together.”

The group also says this: “Our promise is heartfelt and lifelong: The Fund ensures that service members and military families have the resources they need during their recovery and throughout transition back to their communities.”

To learn more about the Semper Fi & America’s Fund, watch the video at the top of this article, or click here to access it.