Massachusetts State Police and local agencies recovered the body of one young adult male and are still searching for another person who jumped off “Jaws Bridge” on Sunday evening.

The Coast Guard also joined the search on Monday morning but suspended their operations around 3:00 p.m. pending any further developments.

Searches for the second missing individual, who was also described as a young adult male, were focused on the ocean side of the bridge on Monday afternoon, according to the Massachusetts State Police.

The bridge, located in between Edgartown and Oak Bluffs on Martha’s Vineyard, was made famous after Steven Spielberg filmed scenes there for his 1975 classic thriller “Jaws.” 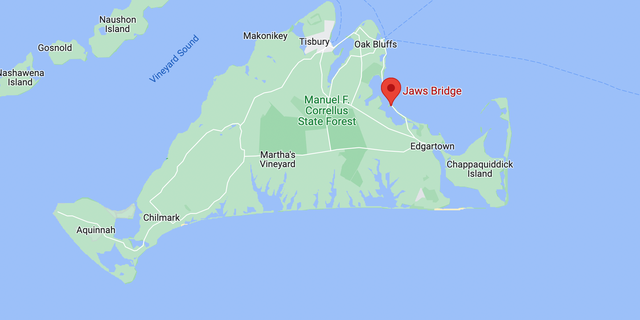 Oak Bluffs Police Chief Jonathan Searle told the Vineyard Gazette that a group of nine people jumped off the bridge shortly before midnight on Sunday.

Two of the men “did not surface after jumping,” a Massachusetts State Police spokesperson said.