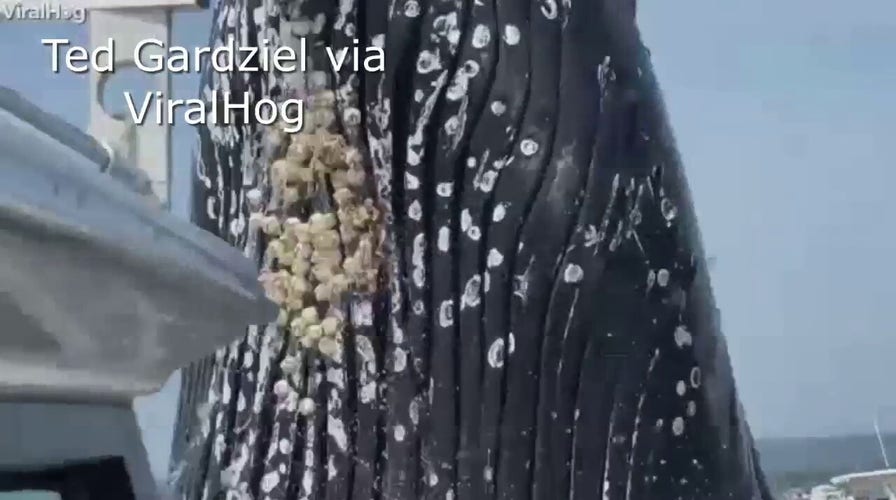 A Humpback whale breaches a boat in Plymouth, Massachusetts

A Humpback whale breaches a fishing boat in Plymouth, Massachusetts. Two cellphone videos capture the whale breaching the boat before going back underwater.

Fishermen in Massachusetts experienced a whale of a jolt after a massive humpback body slammed their boat. The moment was caught on camera when a humpback whale jumped onto the bow of a boat off White Horse Beach in Plymouth on Sunday.

Video shows a school of fish leaping out of the water before a large whale breaches the water and crashes onto the boat’s bow. 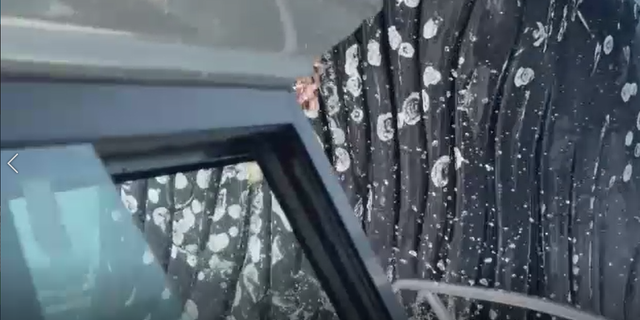 “After landing the last fish at 9:38 a.m., our friend suggested we have something to eat and lucky we did. The men fishing from the bow came down, and we were just idling along, making sandwiches, and it happened,” the fisherman said in a social media post. “We’re all very lucky, no injuries, minor damage to the boat and… we all felt bad for the whale, wrong place at the wrong time for all of us. We got bumped around but went on to live another day.”

The 19-foot vessel sustained light damage to its bow but was still seaworthy. The boat returned to shore on its own power, and no one was injured.

“We are advising recreational fishermen and people in the area to give the whales space. We ask that you give them at least 100 feet, more is better, to give them their space,” said National Oceanic and Atmospheric Administration member Allison Ferreria. “These whales are unpredictable, they’re large animals, easily disturbed, and we wouldn’t want anyone to get hurt.”

Sarah Rumpf is a Fox News Digital Production Assistant. You can reach her on Twitter at @rumpfsarahc