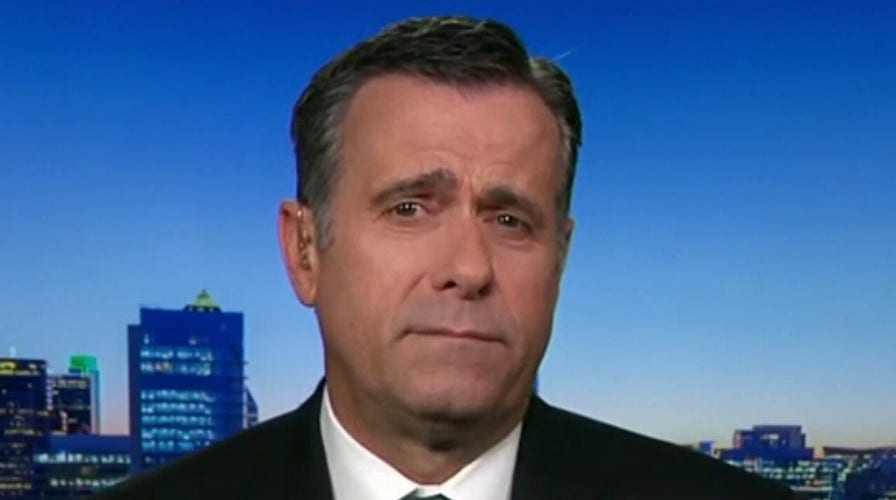 John Ratcliffe: The threat from China becomes greater as time goes by

House Republican Leader Kevin McCarthy on Thursday announced the creation of the China Select Committee, and tapped Rep. Mike Gallagher to chair the panel, which will focus on, and push back against, threats posed by the Chinese Communist Party to U.S. national security.

“The Chinese Communist Party is the greatest geopolitical threat of our lifetime,” McCarthy said Thursday. “We need a whole-of-government approach that will build on the efforts of the Republican-led China Task Force and ensure America is prepared to tackle the economic and security challenges posed by the CCP.”

CHINA AND THE US ARE LOCKED IN A COLD WAR. WE MUST WIN IT. HERE’S HOW WE WILL

For those reasons, McCarthy said that under a Republican majority, he will “establish a Select Committee on China.” 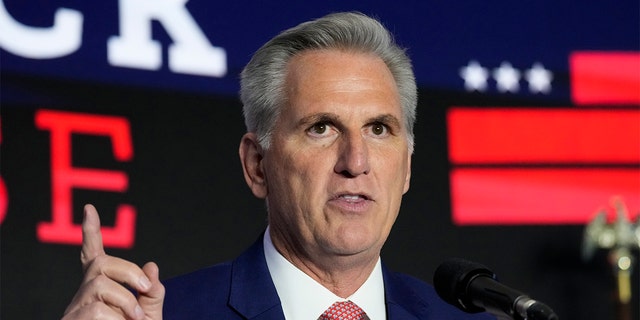 “As a Member who served in uniform as a Marine Counterintelligence officer and has dedicated his time in Congress to understanding, educating, and defending America from the threat the CCP poses, Mike Gallagher is exceptionally qualified and is the right person to lead and advance this important agenda at this vital moment,” McCarthy said.

McCarthy and other top congressional Republicans throughout the midterm campaign cycle stressed the need to hold China accountable.

Gallagher, in a statement to Fox News, thanked McCarthy for the appointment and for his leadership on the issue of China.

“The greatest threat to the United States is the Chinese Communist Party,” Gallagher told Fox News. “The CCP continues to commit genocide, obscure the origins of the coronavirus pandemic, steal hundreds of billions of dollars worth of American intellectual property, and threaten Taiwan.” 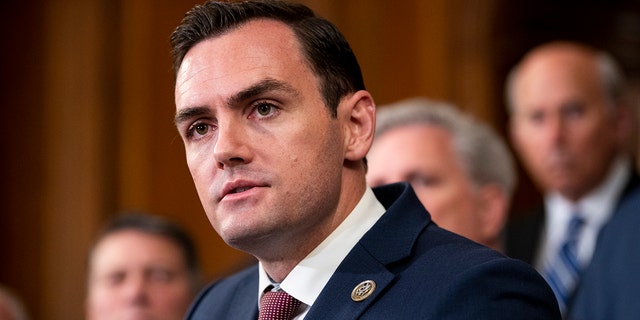 Rep. Mike Gallagher speaks during the House Republicans’ press conference on the U.S. military withdrawal from Afghanistan, in the U.S. Capitol on Aug. 31, 2021.
(Bill Clark/CQ-Roll Call, Inc via Getty Images)

Gallagher said the new committee will “push back in bipartisan fashion before it’s too late.”

“Even in divided government, we have an opportunity to build a united front against CCP aggression,” he said.

Republicans, while in the minority, proposed the creation of a bipartisan China Task Force, but Democrats declined to participate. That panel developed plans to confront threats posed to U.S. national security by the CCP.

When Republicans take the majority in January, the new committee will build on the work already done by the GOP China Task Force.

In a joint op-ed on Fox News Digital, McCarthy and Gallagher wrote that the first step in addressing the threat from China is restoring U.S. supply chains and ending “critical economic dependencies on China.”

The two also vowed to “expose our dangerous dependence on China and advance policies to build secure sources for critical supply chains, either in the United States or in partnership with like-minded allies.”

McCarthy and Gallagher also said the United States must develop “new weapons and stockpiles to project power, preserve our global influence, and protect our forces, including in space and cyberspace.”

“Further, we will look at how the United States and freedom-loving countries can work together to push viable alternatives to the Belt and Road Initiative,” they wrote. “The time-tested formula for victory—while deterring war— asPresident Reaganproved, is peace through strength.”

Meanwhile, the panel will also expose China’s lobbying efforts at the local, state and federal level to advance the CCP agenda against U.S. interests.

Fox News first reported over the summer that U.S. intelligence community officials have issued stark warnings to state and local leaders who they say are at “risk” of being “manipulated” to support “hidden” agendas by theChinese Communist Partyas China seeks to target officials outside of Washington to lobby for Beijing-friendly policies at the federal level. 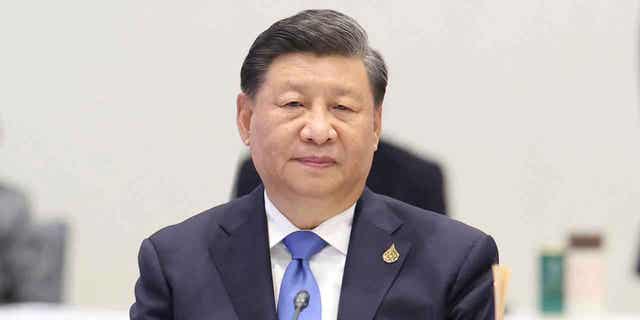 The committee is also expected to investigate the CCP’s attempts at infiltrating U.S. academic institutions—specifically with regard to Confucius Institutes in the United States. Those programs have been accused of propagating the Chinese Communist Party’s viewpoints in U.S. classrooms.

There are also Confucius classrooms in K-12 grade schools.

The panel also plans to expose the CCP’s security services and how those officials attempt to “intimidate and spy on Chinese citizens and Americans here in the United States.”

“In doing all this, the Select Committee will take care to distinguish between the Chinese people and the regime that oppresses them,” McCarthy and Gallagher wrote.

It’s not just Republicans who have been sounding the alarm on the China threat. Top Biden administration officials, like FBI Director Christopher Wray and CIA Director William Burns, have warned that China poses the greatest long-term threat to U.S. national and economic security.

Burns has also warned that China is “the most profound test the CIA has ever faced,” calling Beijing a “formidable competitor lacking in neither ambition nor capability.”

Last year, the CIA created the China Mission Center in order to counter Beijing and “best position” the agency to address current and future national security challenges posed by China.