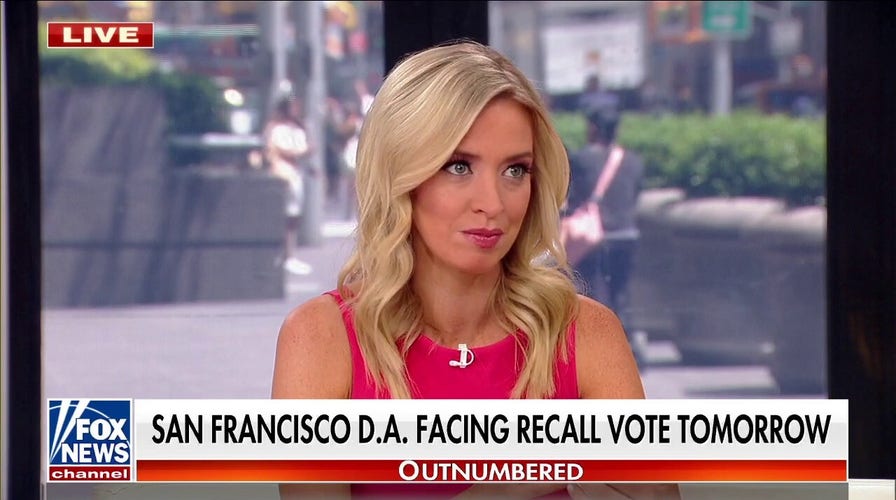 Kayleigh McEnany: This is an enormous deal

‘Outnumbered’ co-host Kayleigh McEnany says a ‘political earthquake’ could happen in California ahead of the recall vote for San Francisco DA Chesa Boudin.

KAYLEIGH MCENANY: We are on the precipice of the biggest political earthquake since what we saw in Virginia, possibly tomorrow. Tomorrow’s the recall vote for San Francisco’s DA Chesa Boudin. And as The Washington Post said, this is an uphill battle for Chesa Boudin. San Francisco Chronicle says this has national implications. If this D.A. is voted out, just like Gascon who has 500,000 signatures for his recall petition. If tomorrow that happens, this is an enormous deal. And it looks like uphill battle. Three polls, one says 68% want to recall, 57%, and then the only one that shows 48%, just under a majority, is the one commissioned by the recall team. So that’s internal polling, we will see. But a political earthquake could happen tomorrow. That’s the answer.