The grim discovery comes as the fire affecting the Klamath National Forest remains 0% contained as of this morning after burning through 55,493 acres, according to Cal Fire.

Police also said at this time, no other people remain unaccounted for. 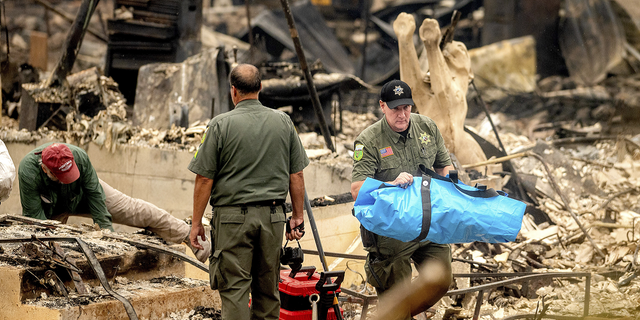 A sheriff’s deputy carries remains of a McKinney Fire victim from a destroyed home on Monday, Aug. 1, in the Klamath National Forest in California. (AP/Noah Berger)

On Sunday, first responders found two deceased individuals inside a car that was burned in the fire’s path.

Firefighters battling the blaze have been given a recent boost by cloudier and cooler conditions, the U.S. Forest Service’s Klamath National Forest Office said. 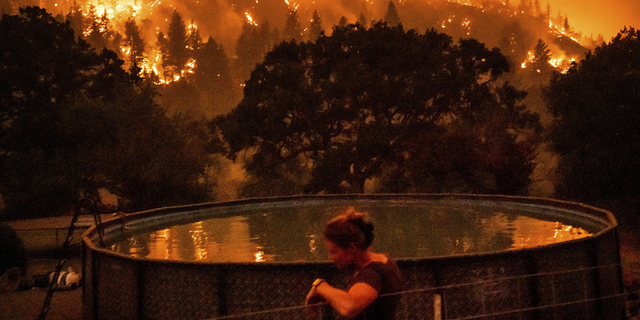 Angela Crawford leans against a fence as a wildfire called the McKinney fire burns a hillside above her home in Klamath National Forest, Calif., on Saturday, July 30. (AP/Noah Berger) 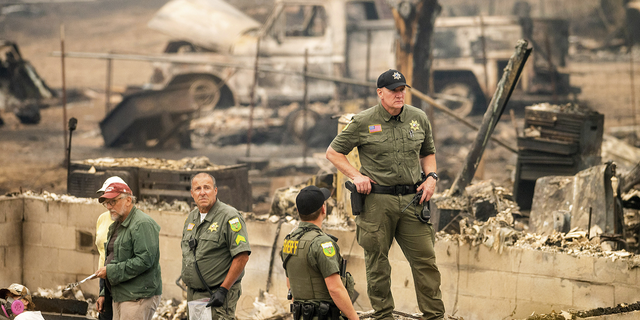 A sheriff’s deputy stands at a burned home as search and rescue workers recover the remains of a McKinney Fire victim on Monday, Aug. 1. (AP/Noah Berger)

“For today, we have a very moist atmosphere – our humidity is still up around 60% and we are actually expecting the potential for some severe thunderstorms this afternoon,” he added. “Depending on where they set up, if they set up over the incident, we could see up to maybe even an inch of rain. But if they set up further away and we just get the outflow winds, they will fan the fire.”