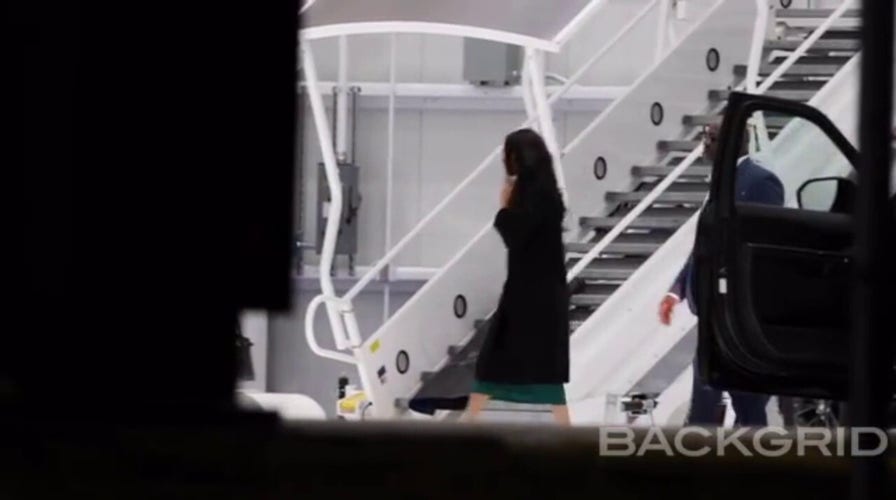 Meghan Markle uses the Indianapolis Colts team hanger to get a jet after flying into town for just three hours. (Credit: Backgrid)

Meghan Markle faced “very real” threats during her time living in the U.K. with her husband Prince Harry.

On Tuesday, the former head of counterterrorism for the Metropolitan Police appeared on Channel 4 News and described how the Duchess of Sussex’s life was at risk before she left for her home state of California.

Neil Basu opened up about the alarming allegations his team had to address amid his resignation as assistant commissioner for specialist operations for the Met Police. He is leaving the force after 30 years and has earned the Queen’s Police Medal for his service.

He also served as the senior officer for the counterterrorism unit of the Met Police in March 2018, which was two months before the Duke and Duchess of Sussex’s royal wedding. 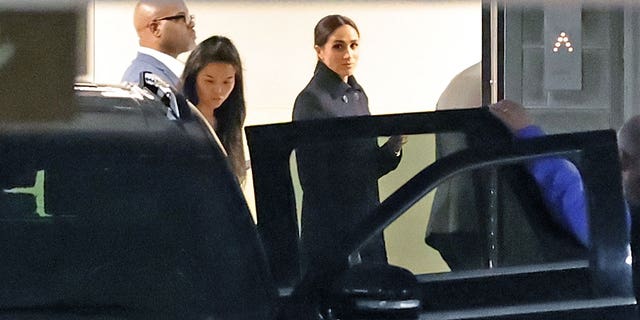 Meghan Markle arrives at the Marriott Downtown in Indianapolis for "The Power of Women" event held in her honor on Tuesday, Nov. 29, 2022.
(Backgrid)

“You were in charge of royal protection,” journalist Cathy Newman is heard saying in a clip shared by the network. “How would you characterize the threats that Meghan and Harry received?”

“But there were many serious, credible threats against Meghan, were there?” asked Newman. “Emanating from the far-right?”

“Absolutely,” said Basu. “And if you’d seen the stuff that was written and you were receiving it… the kind of rhetoric that’s online… you would feel under threat all the time.”

“There were many serious, credible threats against Meghan Markle emanating from the far-right?”

When asked if the former American actress’ life was threatened more than once, Basu said, “absolutely.”

“We had teams investigating it,” he explained. “People have been prosecuted for those threats.”

The news came amid the 41-year-old’s arrival in Indianapolis, Indiana, on Tuesday for an event hosted by the Women’s Fund of Central Indiana. During the dinner, which was held in her honor, the former “Suits” star spoke about the “power of women.” The event was billed “The Power of Women: An Evening with Meghan, The Duchess of Sussex.”

The duchess spoke on stage just before Prince William and Kate Middleton flew into Boston, Massachusetts, for a three-day visit coinciding with the Earthshot Prize Awards ceremony on Friday night.

The benefit supports the Women’s Fund’s mission to invest in the lives of women and girls in central Indiana. Rabbi Sandy Sasso served as moderator. The Women’s Fund also invited 20 high school students to attend as guests representing their communities.

MEGHAN MARKLE OPENS UP ABOUT WOMEN BEING SHAMED FOR THEIR ‘SENSUALITY,’ ‘SEXUALITY’ IN NEW PODCAST EPISODE 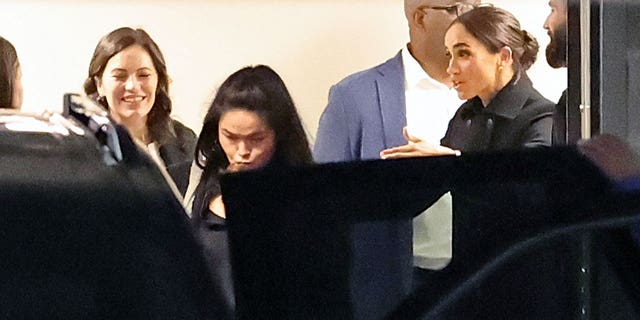 Meghan Markle arrived by private jet at an Indiana airfield from Santa Barbara, California, where she resides with her family.
(Backgrid)

“Women’s Fund of Central Indiana believes in the force of women’s voices, women’s experiences and women’s work,” said Tavonna Harris Askew, advisory board chair, in a statement. “We know that Meghan, the Duchess of Sussex does, too. We are honored that she will join us on this special evening to celebrate our common cause – the power of women.”

In February of this year, attorneys for Harry told a court hearing that the duke was unwilling to bring his children to his homeland because it is not safe. The 38-year-old launched a legal challenge to the U.K. government’s refusal to let him personally pay for police protection when he comes to Britain.

The duke’s legal team said he wants to bring his children to visit his home country from the U.S. but believes it would be too risky without police protection. While senior members of the British royal family are given taxpayer-funded police protection, the Duke and Duchess of Sussex lost that when they stepped down as working royals and moved to the U.S. in 2020. The couple said their decision was due to what they described as unbearable intrusions and racist attitudes of the British media.

Harry wants to be able to pay for the protection, saying his private security team in the U.S. doesn’t have adequate jurisdiction abroad or access to U.K. intelligence information. 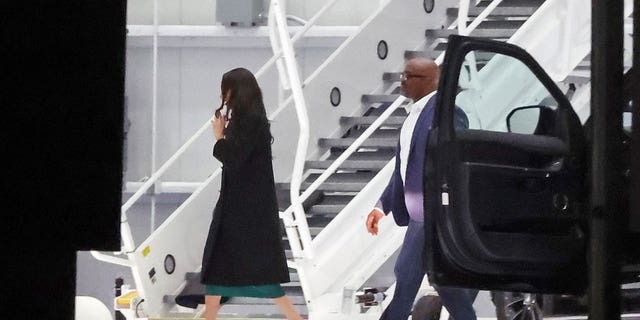 There were scores of security guards in the hotel ensuring the Duchess of Sussex was protected. No press was allowed at the event.
(Backgrid)

During a hearing at the High Court in London, Harry’s lawyer, Shaheed Fatima, said the prince “does not feel safe when he is in the U.K. given the security arrangements applied to him.”

“It goes without saying that he does want to come back to see family and friends and to continue to support the charities that are so close to his heart,” she said. “Most of all, this is and always will be, his home.”

Palmer said in a written submission that Harry’s offer to pay for police security was irrelevant because “personal protective security by the police is not available on a privately financed basis.”

ANNA FARIS NEARLY DITCHED HOLLYWOOD: WHY CAMERON DIAZ, MEGHAN MARKLE AND MORE LEFT AT THE HEIGHT OF THEIR FAME 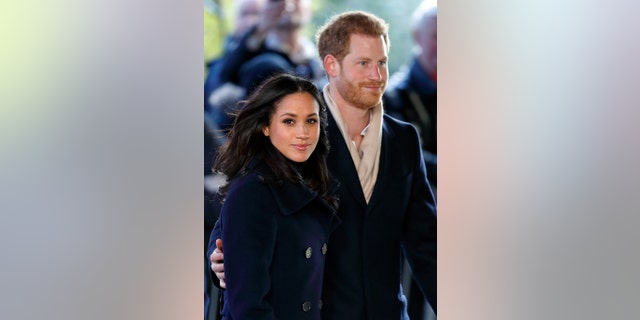 In July, the father of two won the right to challenge the status of the U.K. security arrangements put in place. The legal action can now proceed to a full hearing at the High Court in London between Harry and the U.K. government.

In August, Harry filed a second lawsuit looking at the decision that people aren’t allowed to privately fund their own security.

Lee Sansum, who once served as Princess Diana’s bodyguard, previously told Fox News Digital that Harry should be allowed to hire his personal security to protect him while he and his family are in the U.K.

“Harry has been in the military,” Sansum explained. “He’s got a good understanding of security. I imagine he’s pretty switched onto all [the dangers]. But if he wasn’t, I would suggest he does. I would hate to be in his position, but I think being in the states is the best place for him to be. It’s probably the safest place for him to be, I would think.”

PRINCESS DIANA WAS SHAKEN BY GIANNI VERSACE’S MURDER, BODYGUARD SAYS: ‘DO YOU THINK THEY’RE GOING TO KILL ME?’ 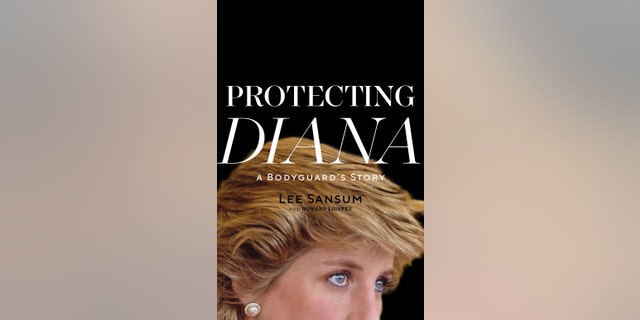 Lee Sansum who recently wrote a book titled "Protecting Diana: A Bodyguard’s Story," said Prince Harry should be allowed to hire his own security.
(Diversion Books)

Sansum has written a memoir that was published on Aug. 30, titled “Protecting Diana: A Bodyguard’s Story,” which described how he became part of the security detail that looked after the Princess of Wales and her sons for what would be her last summer alive.

The ex-military policeman noted that with social media, there are even more risks to consider than what existed during Diana’s lifetime.

“As you know, many people live their lives on social media,” he explained. “You have keyboard warriors and all these trolls on there. You can’t ignore the threats. I would suggest that he take a course that could help him get a more technical handle on his security, but I’m sure his protection team is ultimately professional anyway.”