Mexican mother, 27, admits stabbing her four children including 10-month-old boy to death because her 62-year-old husband ‘was jealous of her and she didn’t want to be with him’

A woman was taken into custody in the southern Mexico state of Oaxaca after she confessed to the murders of her four children because she had grown tired of her husband being jealous of her and no longer wanted to in a relationship with a man four times her age.

Arelis Aquino, eight; Itzayana Aquino, five; Alisey Aquino, two; and Delfino Aquino, 10 months, were found lying in the same bed in one of the bedrooms. They were all declared dead at the scene. 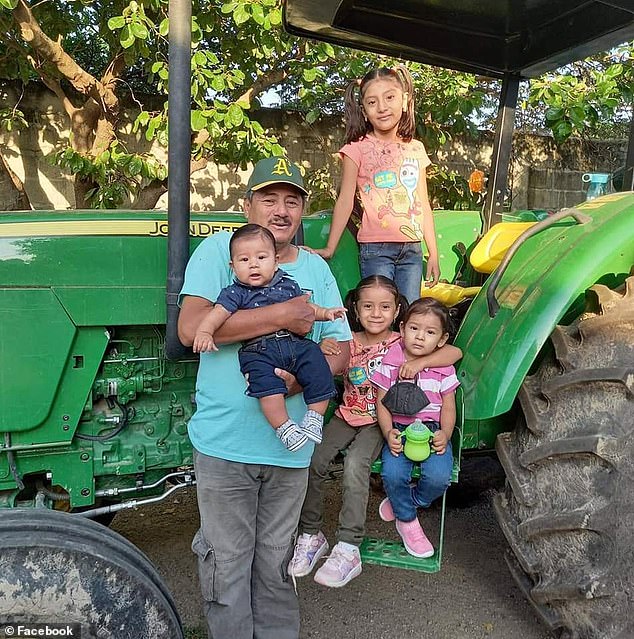 A 62-year-old father poses with his four children who were killed by his wife, Arelis Juárez, on Monday at their family home in Oaxaca, Mexico. The victims have been identified as Arelis Aquino, eight; Itzayana Aquino, five; Alisey Aquino, two; and Delfino Aquino, 10 months 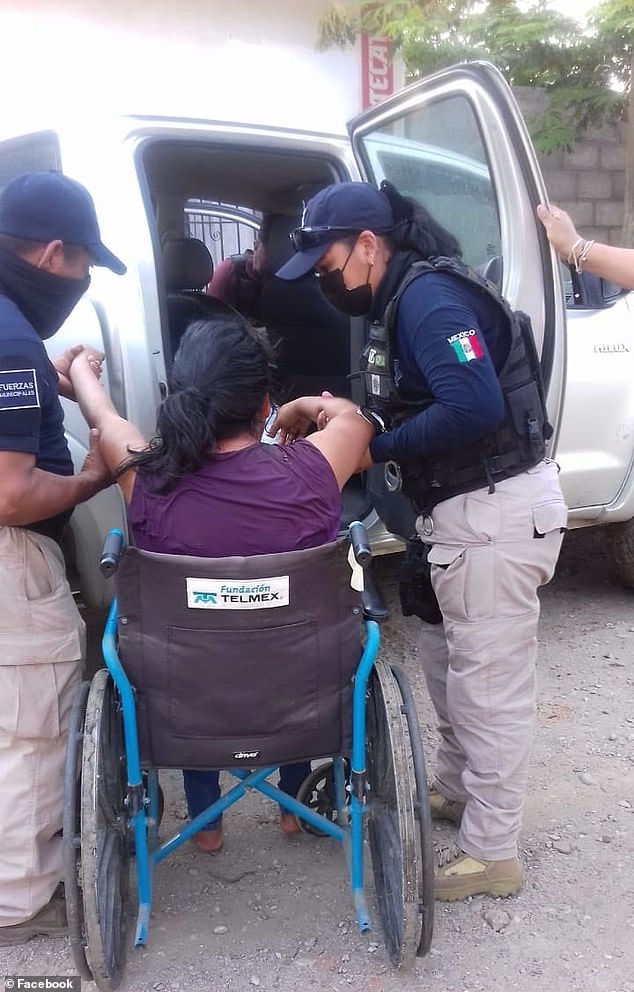 Arelis Juárez is escorted to an ambulance moments after authorities arrived at her home and discovered her four children dead. She confessed to the killings and was taken to a local hospital for treatment for a neck wound after she tried to kill herself

Juárez attempted to kill herself by cutting her neck. She was rushed to Juchitán Civil Hospital, where she remains hospitalized and is in stable condition.

As police escorted her out of the residence, Juárez reportedly admitted to the killings and said her 62-year-old husband ‘was very jealous of her and couldn’t bear to be with him anymore.’

The Oaxaca Attorney General Arturo Peimbert confirmed to Milenio television Thursday that the woman consumed alcohol hours before the attack and used the same weapon in the crime to try to taker her own life.

On Wednesday, his office refuted initial media reports that claimed that Juárez had poisoned the children’s food.

The autopsy revealed that Juárez utilized a sharp object to kill her three daughters and son. 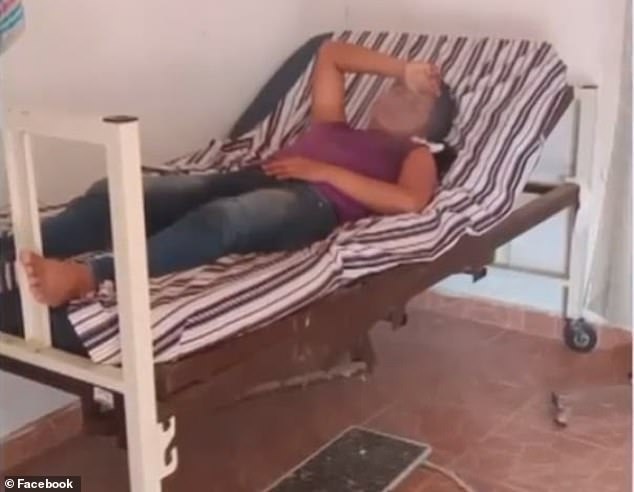 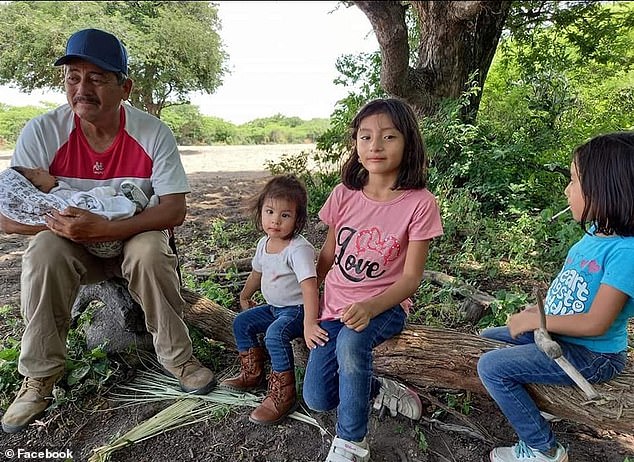 The Oaxaca Attorney General’s Office said toxicology tests have been done on the four children (pictured left to right with their 62-year-old father) to determine if they were also poisoned by their 27-year-old mother, Arelis Juárez

‘It is worth mentioning that chemical tests were also carried out on the victims, the results of which are in process and will be announced promptly,’ the Oaxaca Attorney General’s Office said. ‘The (Oaxaca Attorney General’s Office) is committed to carrying out a meticulous investigation considering all the (evidence) until exhausting the lines of investigation that allow full access to justice.’

Although the crime is being investigated as a homicide, Juárez has yet to be charged.

Witnesses told Milenio television that Juárez was regularly beaten by her husband and argued with her him on Sunday because he was leaving the home to get intoxicated with alcohol in public.