Michelle Obama, 58, shares touching tribute to mom Marian in honor of her 85th birthday, thanking her for giving ‘much-needed reality checks’ and being a ‘vital source of her sanity’

Michelle Obama paid a heartwarming tribute to her mom, Marian, in honor of her 85th birthday, in which she thanked her for ‘guiding’ her through life.

Former First Lady Michelle, 58, shared a touching photo of her and her mother in an Instagram post on Friday morning.

In the caption, the wife of 44th President Barack Obama wished her mother a happy birthday and said her mom’s ‘love’ has been a ‘vital source of [her] sanity.’ 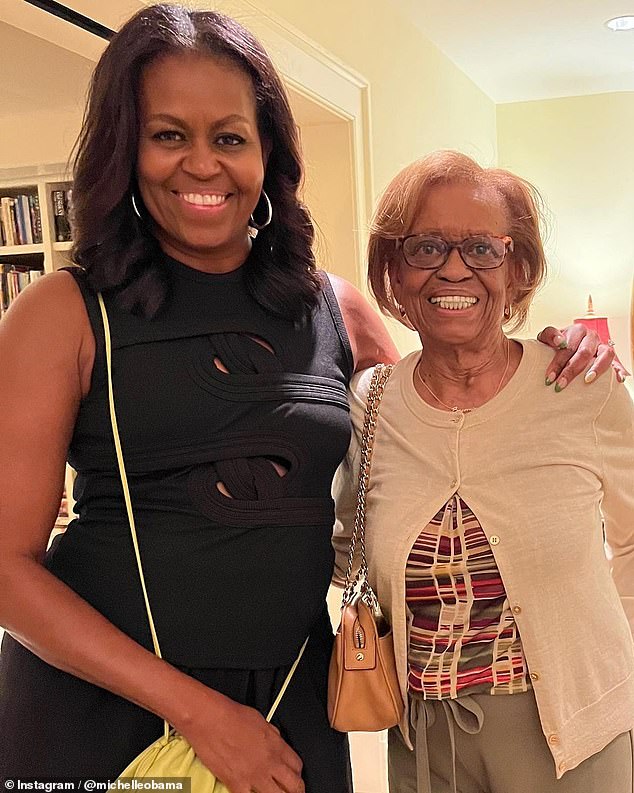 Michelle Obama paid a heartwarming tribute to mom Marian in honor of her 85th birthday, thanking her for ‘guiding’ the proud daughter through life 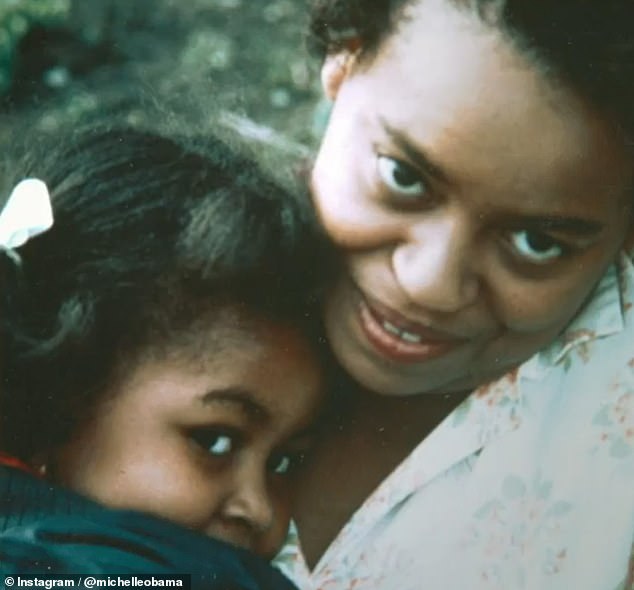 Michelle, 58, (pictured with her mom as a child) shared the touching photo of her and her mother wishing her a happy birthday in an Instagram post Friday morning 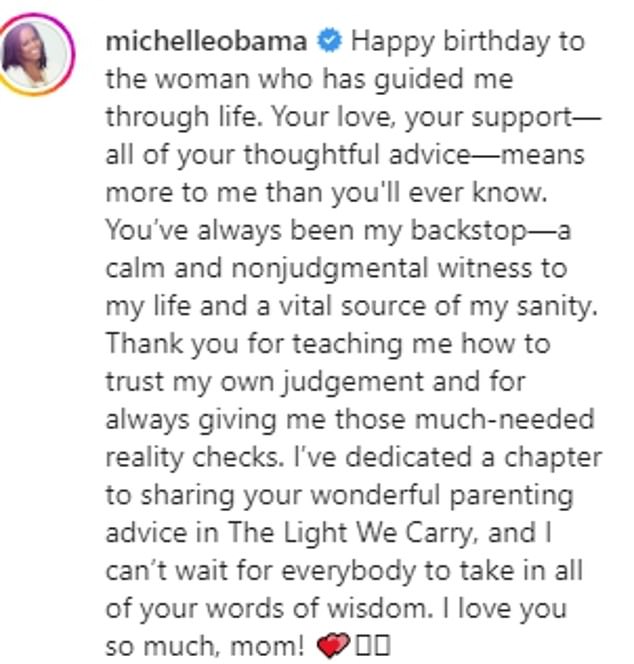 In the caption the former first lady and wife of the 44th President Barack Obama, said her mother’s ‘love’ has been a ‘vital source of [her] sanity’

The former first lady’s caption read: ‘Happy birthday to the woman who has guided me through life.

‘Your love, your support – all of your thoughtful advice – means more to me than you’ll ever know.

‘You’ve always been my backstop – a calm and nonjudgmental witness to my life and a vital source of my sanity.

‘Thank you for teaching me how to trust my own judgement and for always giving me those much-needed reality checks.

‘I’ve dedicated a chapter to sharing your wonderful parenting advice in The Light We Carry, and I can’t wait for everybody to take in all of your words of wisdom. I love you so much, mom!’

In the photo, Michelle is pictured wearing a black dress and cheerful smile as she wrapped her arm around Marian, who is seen in a beige cardigan and colorful top, smiling from ear to ear as Michelle embraced her.

The moving tribute comes just one week after Michelle announced her new book The Light We Carry, which is set to release November 15 and has an entire chapter ‘dedicated’ to the former first-mother-in-law.

Michelle’s book is said to be ‘a collection of stories and practices’ that have helped her throughout her life, and includes questions that keep the author ‘up at night,’ such as, ‘How do I know I’m good enough? How do I bring my whole self to the table? How can I overcome my fears?’ 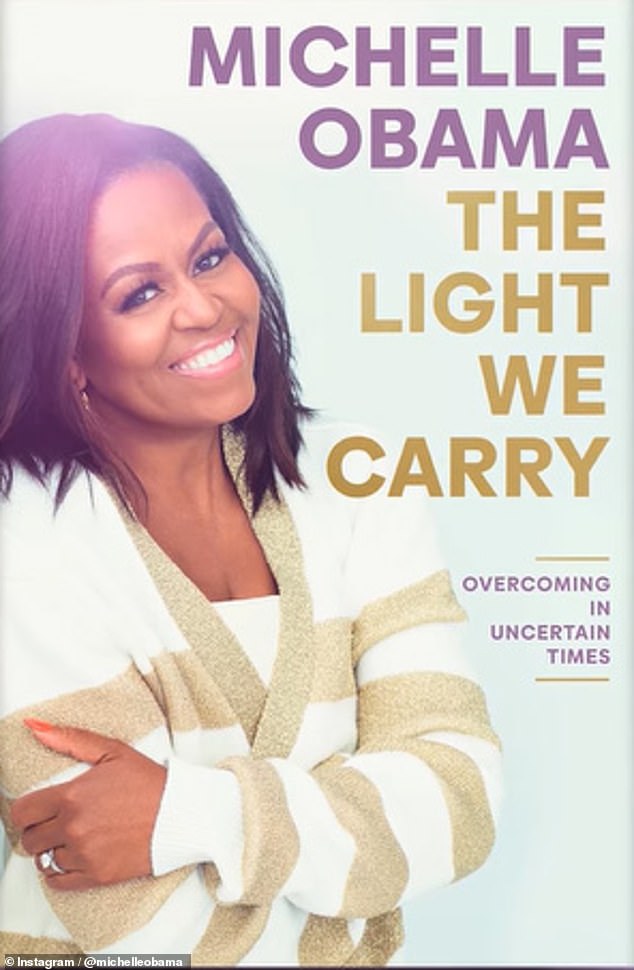 The moving tribute comes just one week after Michelle announced her new book The Light We Carry, which has an entire chapter ‘dedicated’ to Marian 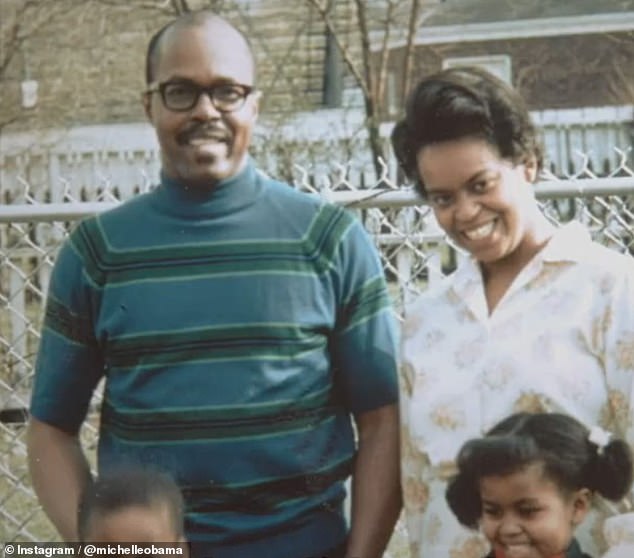 Michelle (pictured as a child with her parents) added that her mother always empowered her to be unique saying that she is her ‘rock, best friend and guiding light’ in a Mother’s Day post 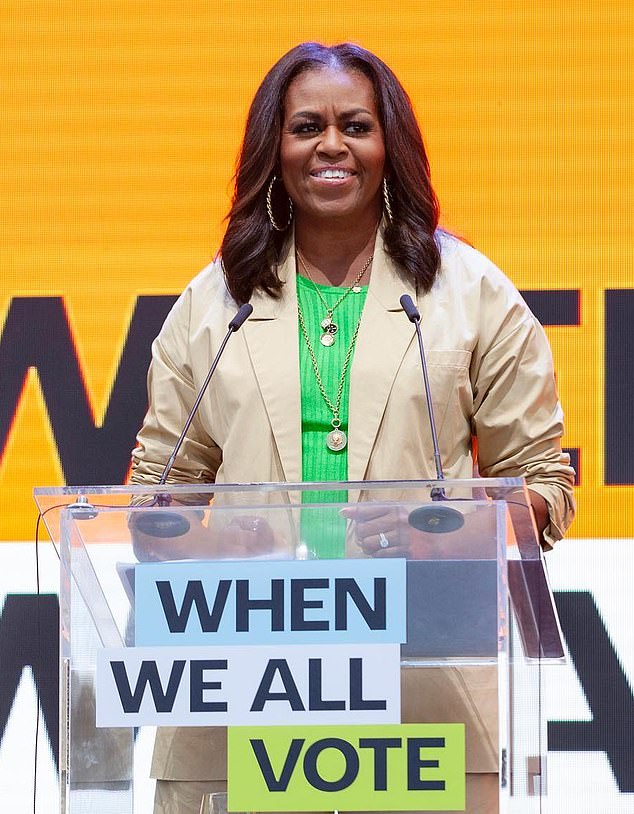 Since leaving the White House, the former first lady (pictured speaking at When We All Vote in 2022) has been keeping busy as an author, podcast host and has been an inspiration to many

The proud daughter frequently praises her mom on social media, previously saying that she is her ‘rock, best friend, and guiding light’ in a Mother’s Day post, where she also thanked her mom for her ‘encouraging parenting style.’

She added that her mother always empowered her to be unique and that she ‘laid out the blueprint for how to raise’ her own daughters Malia, 24, and Sasha, 21.

Marian has also been vocal about her pride for her daughter, previously complimenting Michelle’s ‘grace and dignity’ as first lady.

In an interview with Essence in 2009, Marian said: ‘I never doubted that she could do this. She is doing it with such grace and dignity.

In the same interview, Michelle added that her parents ‘unconditionally’ supported and rooted for her, adding that it played a ‘huge role’ in building her confidence.

She gushed: ‘She completely underestimates her role in who I am. She always says, “You came here that way, I just stayed out of your way.”

‘That’s not how I saw it. My mom is an incredibly intelligent and insightful person about life in general.’

Since leaving the White House, the former first lady has been keeping busy as an author and podcast host, and has spoken out on various issues, including encouraging people to go vote at the When We All Vote’s Summit.