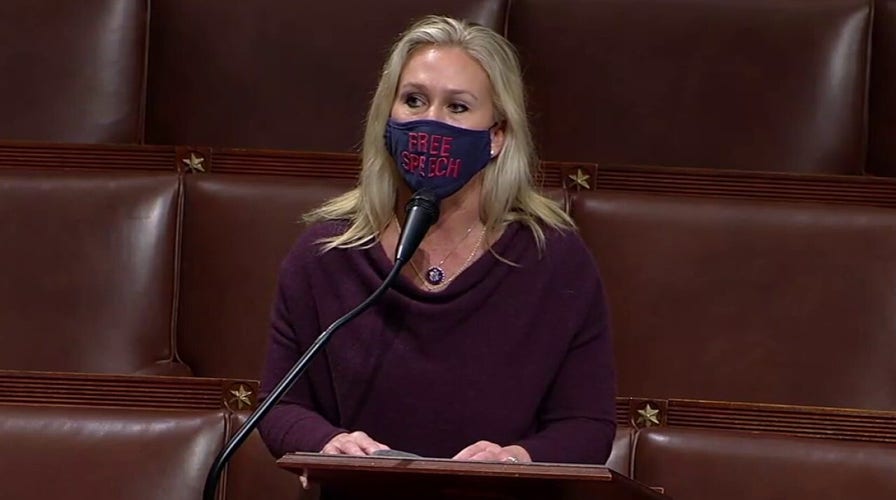 The Georgia Republican defends herself in a House floor speech on Feb. 4, 2021, as Democrats try to remove her from two committees over her past incendiary statements.

A Michigan daughter blames QAnon conspiracies for her father’s descent into violence that ended with him fatally shooting his wife and injuring one of his daughters last week.

Rebecca Lanis, 21, says her father, 52-year-old Igor Lanis, started going down “crazy rabbit holes” after former President Donald Trump lost the 2020 presidential election. He “snapped” while Rebecca was staying at a friend’s house last weekend. He killed his wife, the family dog, and shot one of his daughters, 25-year-old Rachel Lanis, according to reports.

Rachel is now recovering in the hospital.

“I’m shocked and I don’t even know what to say,” Rebecca wrote in a now-viral Reddit post. F*** you, QAnon. I hope the FBI tightens its grip on you and that your [lackeys] rot in prison (and hell) for poisoning so many people.” 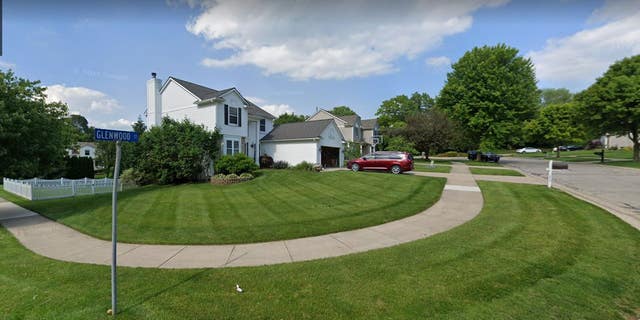 Police responded to a Michigan home after Igor Lanis, 51, shot and killed his wife and injured one of his daughters. (Google Maps).

POLICE SEARCH FOR LEADS IN 2022 MURDER OF TEXAS GIRL, 4, KIDNAPPED FROM HOME

Rebecca described how her father would make the family watch videos about various conspiracy theories involving 5G cell towers, vaccines and lizard people. She said it ultimately became “pointless” to argue with him.

The younger daughter says she was in disbelief when she heard of her father’s attack. She first learned of the incident when her grandmother called her and asked whether she was in the hospital.

“It was like I was in a movie or nightmare or something. How could this happen to me?” Rebecca told WXYZ. “I had a really close bond with my mom, and I just can’t believe that she’s not here.”

She added that her father had not previously been violent, but he had grown increasingly aggressive since the 2020 election and had several outbursts.

Igor reportedly exited his home and opened fire with a shotgun when police arrived. Officers returned fire, killing him.

The Oakland County Sheriff’s Office says they first responded to the home after receiving a call from “a young woman” who said she had been shot by her father.

Police found 25-year-old Rachel as she attempted to crawl out of the home. They dragged her to safety, and she is now in stable condition. The sheriff’s office says the mother, who remains unnamed, was found inside the house with multiple gunshot wounds to the back. Police said it appeared she had been trying to flee the house.