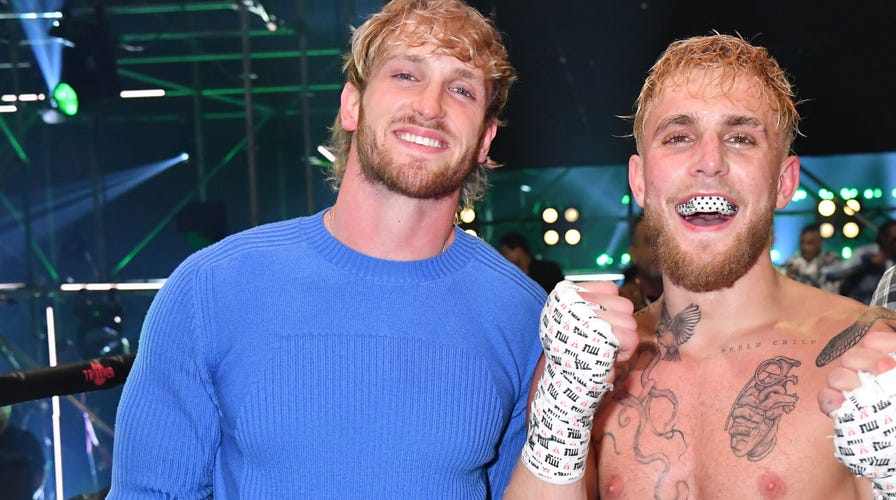 The emergence of Jake Paul and Logan Paul in the boxing world has brought about confusion, debates and even some rage from fans of the sport. But two boxing legends think the Paul brothers are doing more for the sport than most and approve of them going at it on the canvas.

“Those guys are helping boxing so much,” Mike Tyson told Fox News Digital. “Professional boxers, they are so jealous.”

Why would pro boxers with years of training and loads more experience than the Paul brothers be jealous? It’s all about the money. 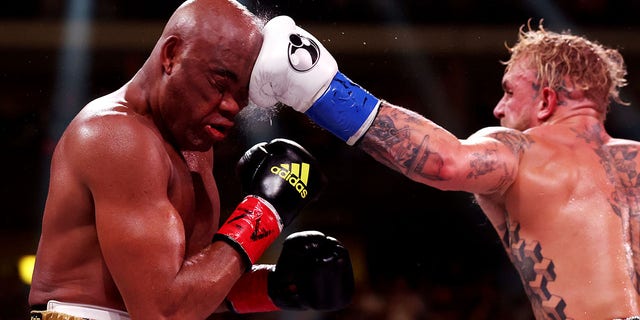 “They never made a million bucks yet,” Tyson said. “These guys made millions and millions of dollars. These guys never had an amateur fight, [other boxers] had hundreds of amateur fights.”

Evander Holyfield shares the same mindset regarding the YouTube stars getting into the sport.

“I felt that it helped boxing because it shows everybody these guys who really don’t know how to box, but they’re just swinging, they’re making all that money,” Holyfield told Fox News Digital while promoting his new partnership with Tyson’s cannabis company, Tyson 2.0, which announced their newest product “Holy Ears,” THC and Delta-8 THC-infused edibles, on Monday. “These guys are not even professional. They just in there doing their thing.”

The most recent fight was Jake Paul taking on MMA legend Anderson Silva, and “The Problem Child,” as Paul is known in the ring, was set to make an estimated $5 million total with guaranteed purse payouts and pay-per-view sales, per Boardroom.

Then there’s Logan Paul’s extremely successful bout with Floyd Mayweather, which had an estimated total $15 million going his way. Paul said that Mayweather’s checks were “short a few mil” in May, according to TMZ Sports. 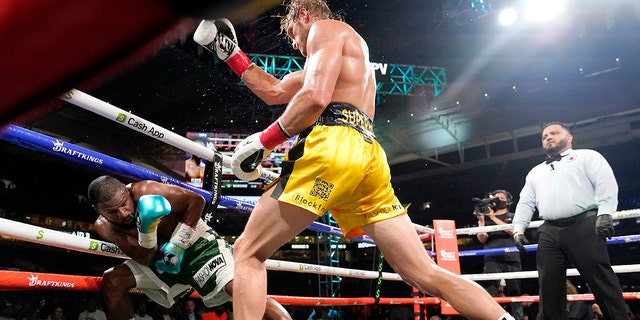 While the payouts have been grand for the Paul brothers, true fans of the sport have debated whether they are staining the sport’s respect because they haven’t put in the years of work on the craft like fighters past and present have.

But they do prepare rigorously for their fights despite what some in the business may say about them. UFC’s Conor McGregor called Jake Paul a “jacka–” while world champion boxer Gervonta Davis called him a “clown.”

“I don’t like it,” Jake Paul told Sports Illustrated recently about not being considered a real fighter. “I’m a professional boxer. Just my lifestyle, my mentality, what I do every day, who I surround myself with.”

Then there’s the argument that the Pauls don’t fight “real” boxers. While Mayweather is a different story for Logan Paul, Jake Paul has beaten all former MMA fighters (he also fought fellow YouTuber AnEsonGib and former NBA guard Nate Robinson, both knockouts).

Silva was his toughest matchup to date, and he ended up with a unanimous decision for his sixth career victory.

But Tyson is on his side when it comes to the competition. 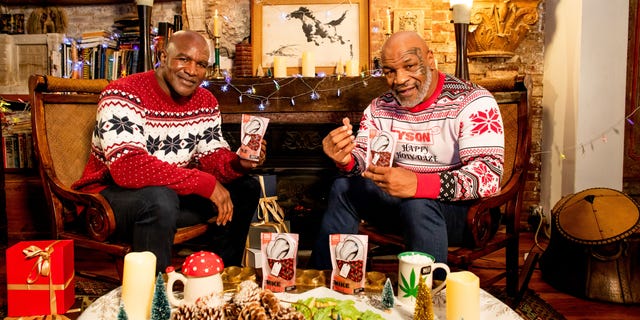 “He’s not fighting any of those guys, but he is fighting guys that are supposed to kick his ass. That’s how he’s fighting,” Tyson said about Jake Paul.

Jake Paul has also made it a point to try and fight boxers, including heavyweight champion Tyson Fury’s brother, Tommy, who Paul instigated at Mayweather’s event in Dubai this past Sunday. Mayweather fought another YouTube star, Deji Olatunji, where Tommy Fury fought Rolly Lambert on the card.

Paul was on commentary for the fight between Tommy Fury and Rolly Lambert and answered the question as to why he would not fight Tommy Fury, saying, “This guy sucks.” Paul also shouted “you f—ing suck” and “you have no d—,” according to Talk Sport. Even Fury’s father got involved with the verbal jousting.

At the end of the day, it still takes a certain confidence to get into the ring and fight someone. That’s what Holyfield respects about the brothers. 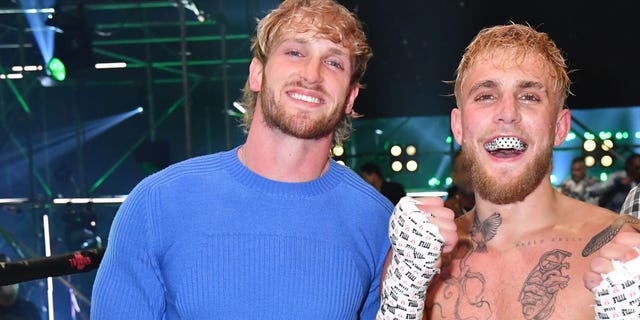 Logan Paul poses with Jake Paul after defeating Ben Askren in their cruiserweight bout on April 17, 2021, in Atlanta.
(Jeff Kravitz/Getty Images for Triller)

“The whole big thing about boxing is the confidence it takes once you get in there. It’s easy to talk about it. You can hit the bag, the bag don’t hit you back. But it’s another monster when you get in that ring,” he said.

Tyson and Holyfield are reuniting under the newly formed Carma Holdings, which houses Tyson 2.0 and Holyfield’s own cannabis line that will begin in 2023. “Holy Ears” pays homage to the infamous moment when Tyson bit a chunk of Holyfield’s ear off during their heavyweight title fight in 1997.