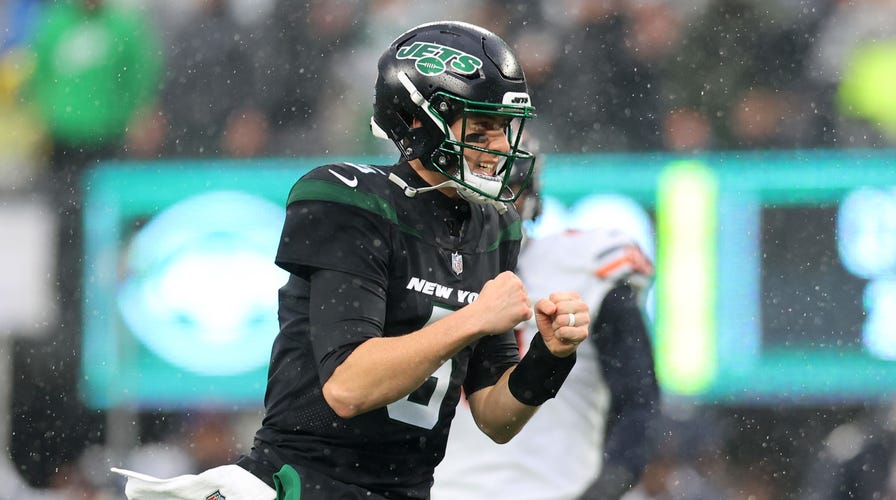 FOX NFL Kickoff host Charissa Thompson previews the NFL game of the week between the Los Angeles Rams and the Kansas City Chiefs and other key games to watch.

The New York Jets benched second overall pick Zach Wilson in favor of Mike White heading into this week against the Chicago Bears. The result is an official quarterback controversy at One Jets Drive after White put together a terrific performance for a 31-10 win at MetLife Stadium.

White was efficient, poised and confident with every throw, totaling 315 yards and three passing touchdowns on 22 of 28 to completely turn around an offense that struggled mightily in New England last week.

The first half was where White did most of his damage, as he totaled 235 yards and two touchdowns while pouring rain doused the MetLife turf. 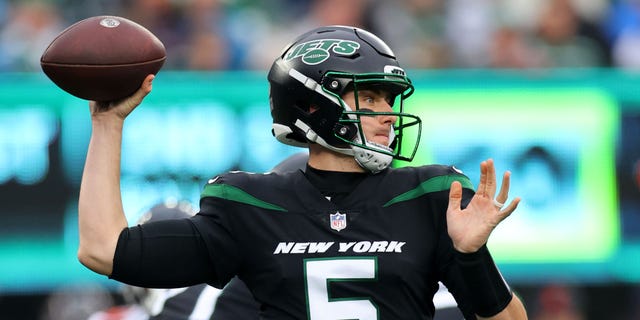 Garrett Wilson, the 10th overall selection in this year’s NFL Draft, scored the first two touchdowns for White after hauling in an eight-yard, wide open pass on the opening drive followed by a 54-yard dusting of the Bears’ defense to make it 14-10.

“He made easy look easy,” head coach Robert Saleh said after the game via NFL Network.

Wilson was the leading receiver for the Jets with 95 yards on five catches (eight targets), while Elijah Moore, who has had a roller coaster year with the Jets, including a trade request, scored his first touchdown of the season on a 22-yard strike from White in the second half. In five games White has played with Moore, the second-round pick out of Ole Miss has scored in four of them.

On the other sideline, it was a different quarterback situation as Justin Fields, who has been cooking in recent weeks despite Chicago still losing, was out with a shoulder injury. That left Trevor Siemian to start, though it was almost Nathan Peterman as reports surfaced that Siemian hurt his oblique during pregame warmups.

Siemian would strap on his helmet and head out for the first Bears drive that ended in a field goal, as he pushed the ball down the field. Then, he found Byron Pringle on a four-yard pass for his first (and only) touchdown pass of the game to give the Bears a 10-7 lead. 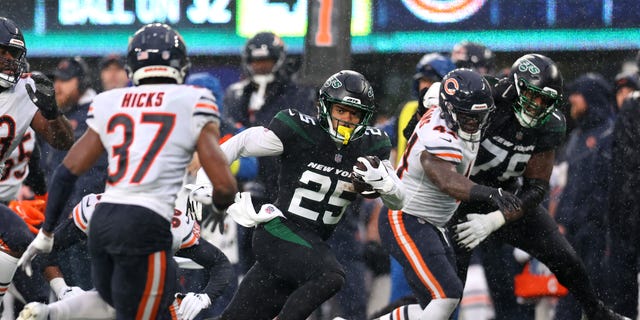 But the Jets’ defense didn’t allow anything else to go on the Bears’ side of the scoreboard. They pressured Siemian, getting him to throw an interception in the second half and sacking him twice. He finished 14 of 25 for 179 yards.

In the run game, it was a surprise to see Jets rookie Zonovan Knight leading the way with 69 yards on 14 carries in his first taste of NFL action. He also had three receptions for 34 yards.

Ty Johnson also had 62 yards on five carries for New York, with Michael Carter having 21 yards on six carries with two catches for 15 yards as well.

For the Bears, David Montgomery was the workhorse with Khalil Herbert still on the IR. He had 79 yards on 14 carries.

With the win, the Jets improve to 7-4 and White most certainly will be in the conversation to start next week against the Minnesota Vikings on the road as playoffs are still in New York’s sights. 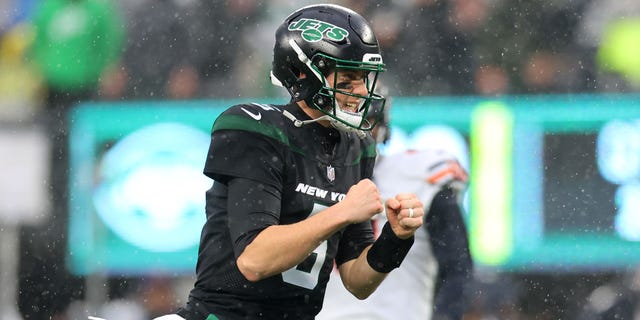 On the other hand, the Bears fall to 3-9 and will face the Green Bay Packers next Sunday at Soldier Field.